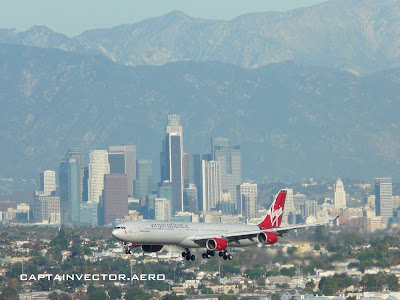 A recent comment included the following question: "Does any carrier fly an A340-600 into LAX?" Why yes, they do. Three carriers bring in a total of four A340-600s each day at LAX.

On its website, Airbus touts the A340-600 as the longest airliner in operation (although the new Boeing 747-8 now beats it at 250 feet long). With a length of 247 feet (75.3 meters) and a wingspan of 208 feet (63.5 meters), its size presents some difficulties at LAX. I've mentioned A346s and the challenges they represent at LAX before, so I'll let that go except to say that thankfully we only get four of them each day. The A346 has a range of 7,900 miles (14,600 km) and a maximum passenger capacity of 475, although a more typical seating configuration would be about 380. Each of the carriers using A346s at LAX has a different seating capacity, and all are considerably less than the advertised maximum. According to Wikipedia, Airbus has recently wrapped up the A340 program as all ordered aircraft have been delivered. The reported 2011 price for a new A340-600 was $275 million or €190 million. 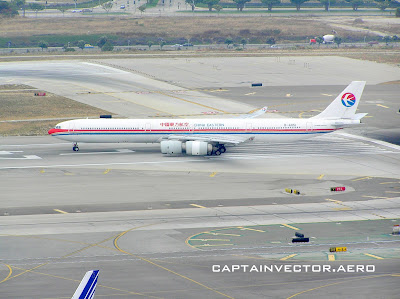 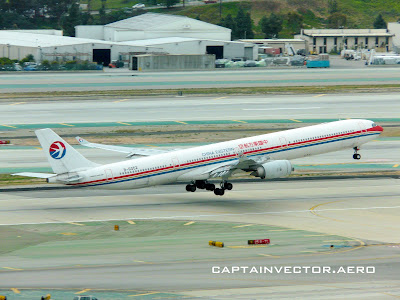 The first A340-600 we see each day arrives from Shanghai, China. China Eastern was the first Chinese airline to purchase Airbuses, and has five A346s, which are configured for 322 passengers. The flight from Shanghai takes ten to eleven hours, while the return trip is about fourteen hours. 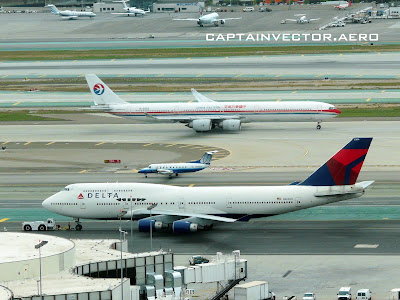 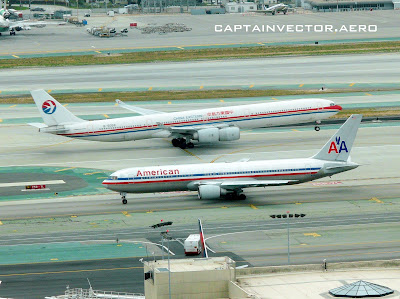 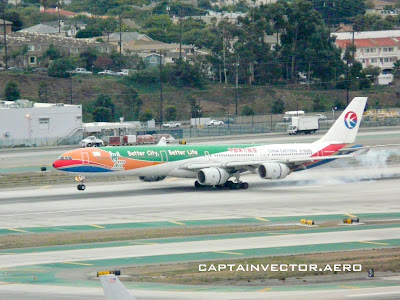 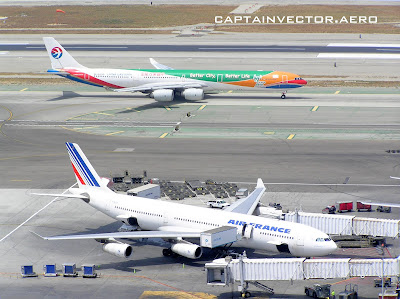 From the archives: With an Air France A340-300 (Air France no longer brings A340s into LAX). The A343 is a relatively poor performer in the terminal environment; it's a real dog on climb-out. Not so the A346; notice the much larger engine cowlings on the -600. 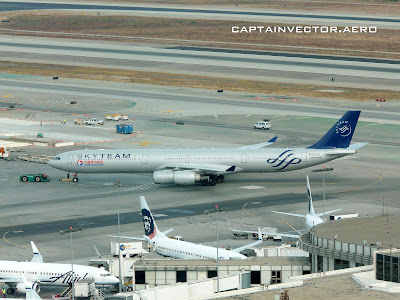 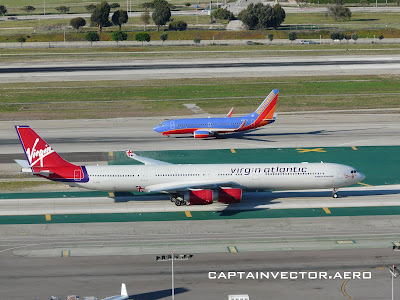 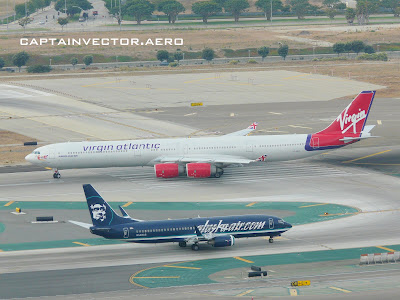 Virgin Atlantic operates two A340-600s into LAX each day from London's Heathrow airport. Virgin's A346s carry 308 passengers, and Virgin has currently has nineteen of them, although there are plans to reduce that number. Used Airbus, anyone? 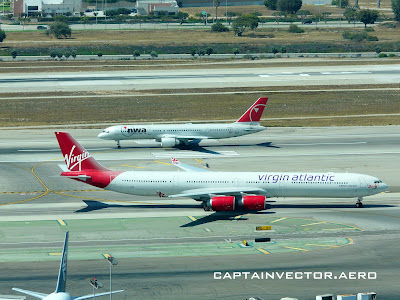 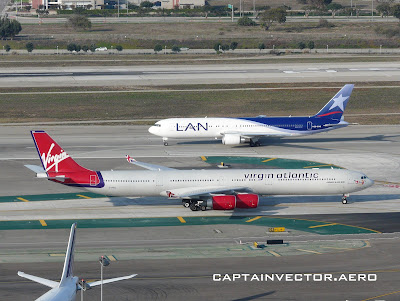 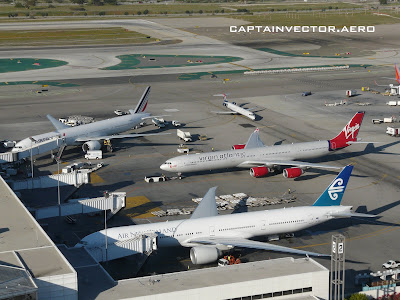 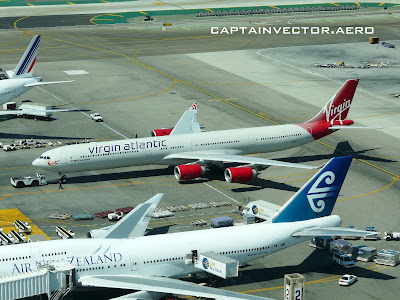 Almost the same scenario, except with the new paint on Virgin (and old on Air France) and New Zealand is in a B747-400 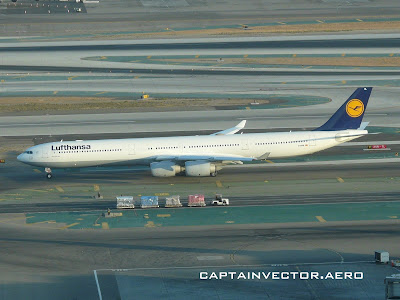 Our final A340-600 arrives after an eleven-hour flight from Munich, Germany. Lufthansa is the only carrier offering direct service between LAX and Munich. Lufthansa has two dozen A346s, each with a seating capacity of 306. 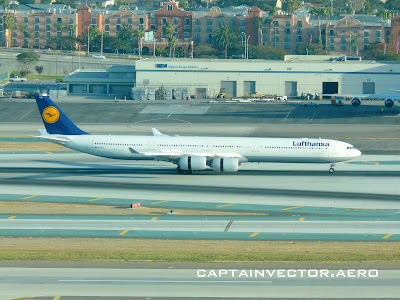 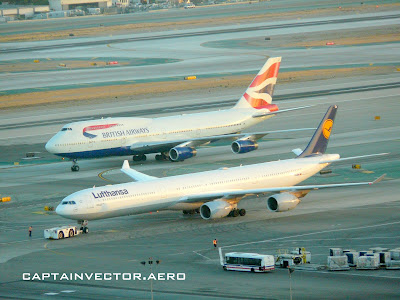 Wikipedia: Virgin Atlantic
Posted by CaptainVector at 3:28 AM

Email ThisBlogThis!Share to TwitterShare to FacebookShare to Pinterest
Labels: A346, CES, DLH, VIR