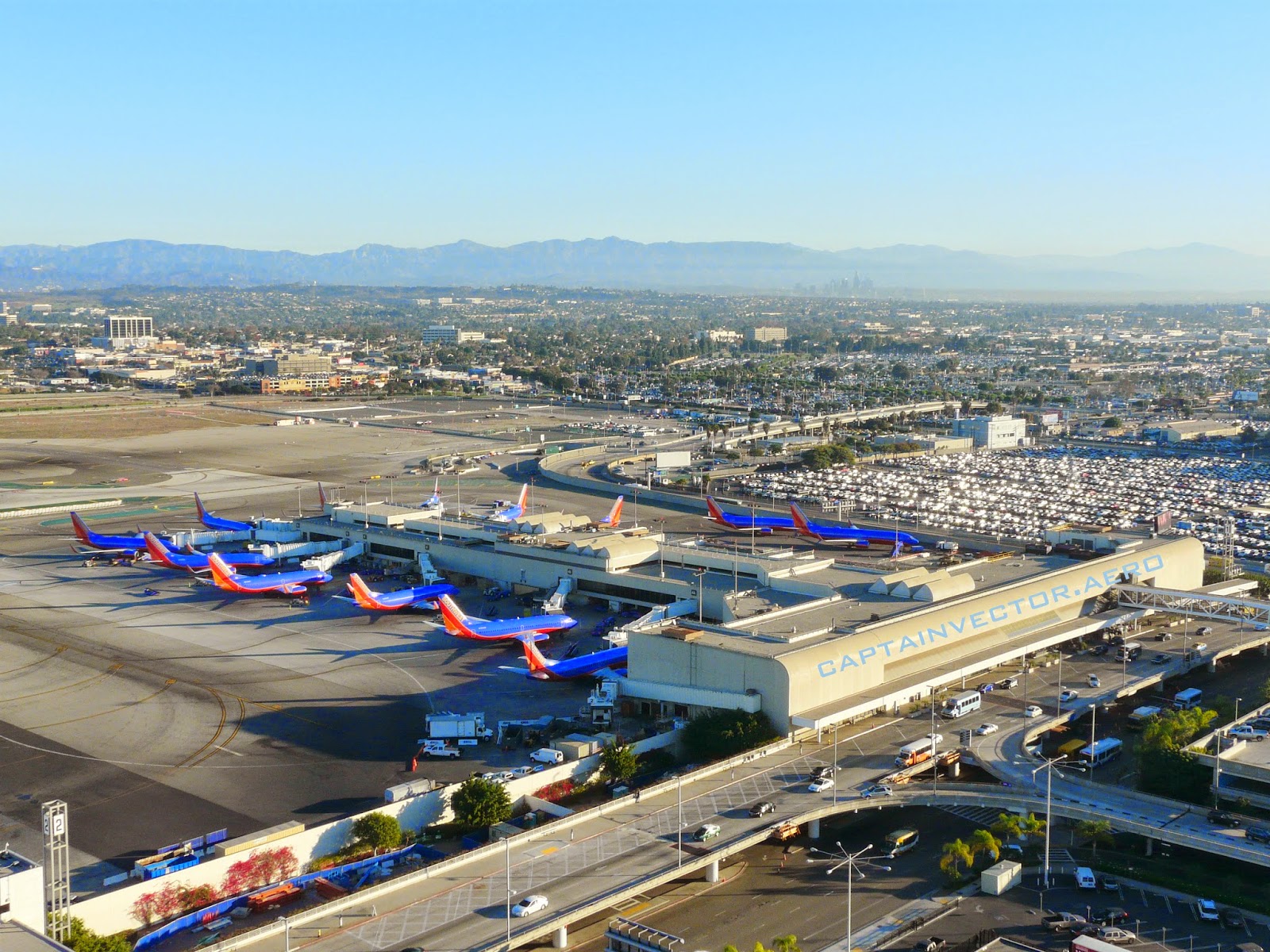 Thanksgiving weekend in the US is traditionally the busiest travel period of the year. The busiest travel day of the year is usually either the Wednesday before, or the Sunday after, the holiday. For those of you outside the states, our Thanksgiving holiday falls on the fourth Thursday of November, regardless of the date. This year, LAX is again projected to be the busiest airport in the country: Nearly two million passengers are expected to pass through LAX during the five-day holiday travel period, which starts on the Wednesday before and runs through the following Sunday. As you might expect, most of this travel actually takes place on one of those two days; the intervening days are slower than normal. On the actual day, for instance, LAX ran about 1,200 operations this year. On an average Thursday, we would have between 1,700 and 1,800 operations. Things were very slow on Friday as well, with several hundred fewer operations than normal. One example I can offer is this shot of Terminal One, which is now completely Southwest Airlines. It was nine in the morning, and Southwest hadn't moved a single airplane yet. Their first departure of a normal day is usually around six in the morning; on the day after Thanksgiving, their first departure pushed off the gate a bit before ten.
Posted by CaptainVector at 11:03 AM 2 comments: 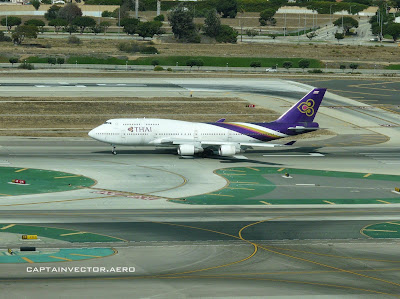 Thai Airways has a limited presence at LAX, namely four weekly B777 flights to Seoul, South Korea. Formerly, there had been a non-stop flight to Bangkok in an A340-500, which at the time was one of the longest scheduled airline flights in the world: Sixteen to eighteen hours in the air. That flight was discontinued in 2012, and marked the departure of half of the A340-500 operations* at LAX. The replacement flight to Seoul does continue on to Bangkok, and has recently been upgraded from a B777-200ER to a B777-300ER. There has been talk of Thai bringing an A380 to LAX, but so far all I've heard is talk.

Something that has not been a regular sight at LAX is a B744 in Thai colors. We had one pass through a couple of weeks ago, though -- on its way to Mohave. Mohave is one of the places where airliners get parked; Victorville, California, is another. There are also several locations in Arizona where airlines and leasing companies store aircraft. Is this aircraft going into storage? I don't know; there's not much information on the web about Thai retiring its B744s, although some other types are known to be on the way out and many other airlines are parking their B747-400s. Since most of the airports that host parked airliners also offer heavy maintenance facilities, it could be that this airplane will return to the skies in the not-too-distant future.

Besides this Thai B744, I've also recently seen an Air New Zealand B744 and a KLM MD-11 pass through LAX on their way to the desert.


* - The other A345 user at LAX was Singapore, who flew theirs non-stop to Singapore, a similarly long (16-17 hours) flight that has since been discontinued in favor of a flight to Tokyo that then continues on to Singapore. We no longer see A345s on a regular basis at LAX; both Singapore and Thai have dropped the type from their fleets. Etihad brought one in during their first weeks of operation here earlier this summer, but they now use B777s.
Posted by CaptainVector at 7:44 AM No comments:

Email ThisBlogThis!Share to TwitterShare to FacebookShare to Pinterest
Labels: B744, B747, B747-400, THA, Thai

Where are they now? 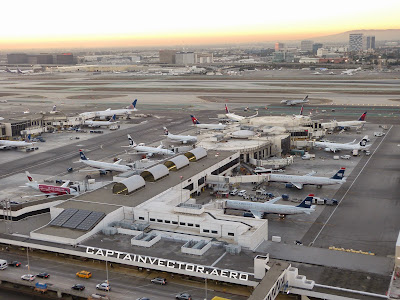 Last month, a regular visitor to ye olde blog left a comment asking about the still-born series (Who's who: ) that looked at the airlines at each of LAX's terminals. The answer is that I had the poor sense of timing to attempt such a series just as LAX started playing a game of musical terminal assignments. Case in point: US Airways. At the outset of the series, back in February, US Airways flew out of Terminal One. Within a month, they had relocated to Terminal Three. Now, after spending less than a year there, US Airways has relocated again, this time to Terminal Six. This move puts US Airways on the same side of the terminal complex as merger partner American, who operates out of Terminal Four. US Airways moved into four gates United relinquished; these were gates that United had acquired with the merger with Continental.


Other changes that have happened or are in the works:
There are doubtless many others, but those are some of the ones that come readily to mind. Stay tuned: When the dust settles, we'll continue a terminal-by-terminal look at who flies at LAX.
Posted by CaptainVector at 10:00 AM 1 comment: