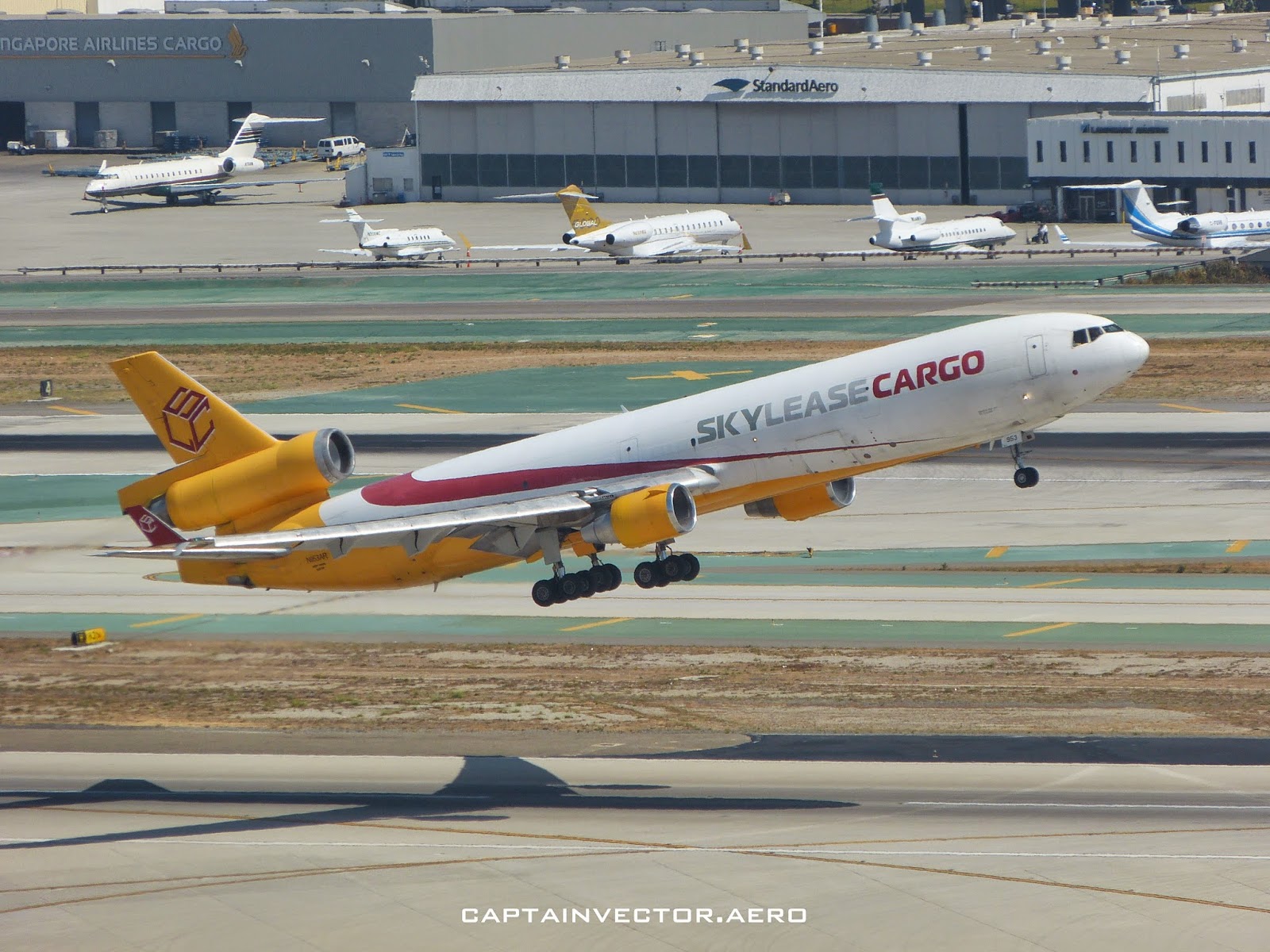 MD11s are pretty much only seen in cargo operations these days at LAX. Our latest MD11 operator is SkyLease Cargo (radio callsign: Sky Cube), who also sometimes appears with a B747.
Posted by CaptainVector at 10:22 AM No comments:

Shot of the day: Biz jets 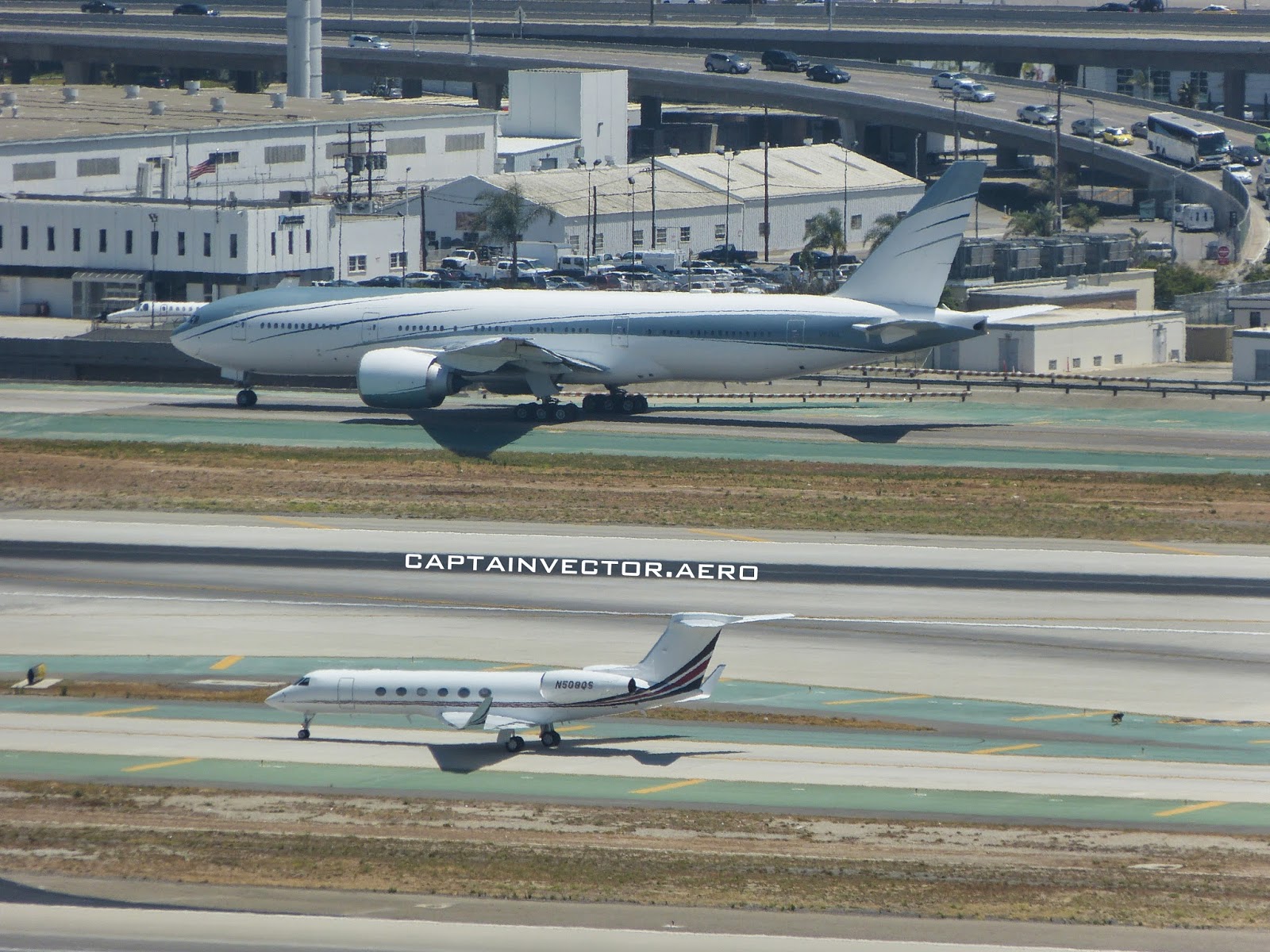 I'm looking for a photo to illustrate my answer for last week's post. In the meantime, here's a shot of a couple of biz jets. One of them is normally considered a large business jet -- Except in this context!

Posted by CaptainVector at 1:19 PM 2 comments: 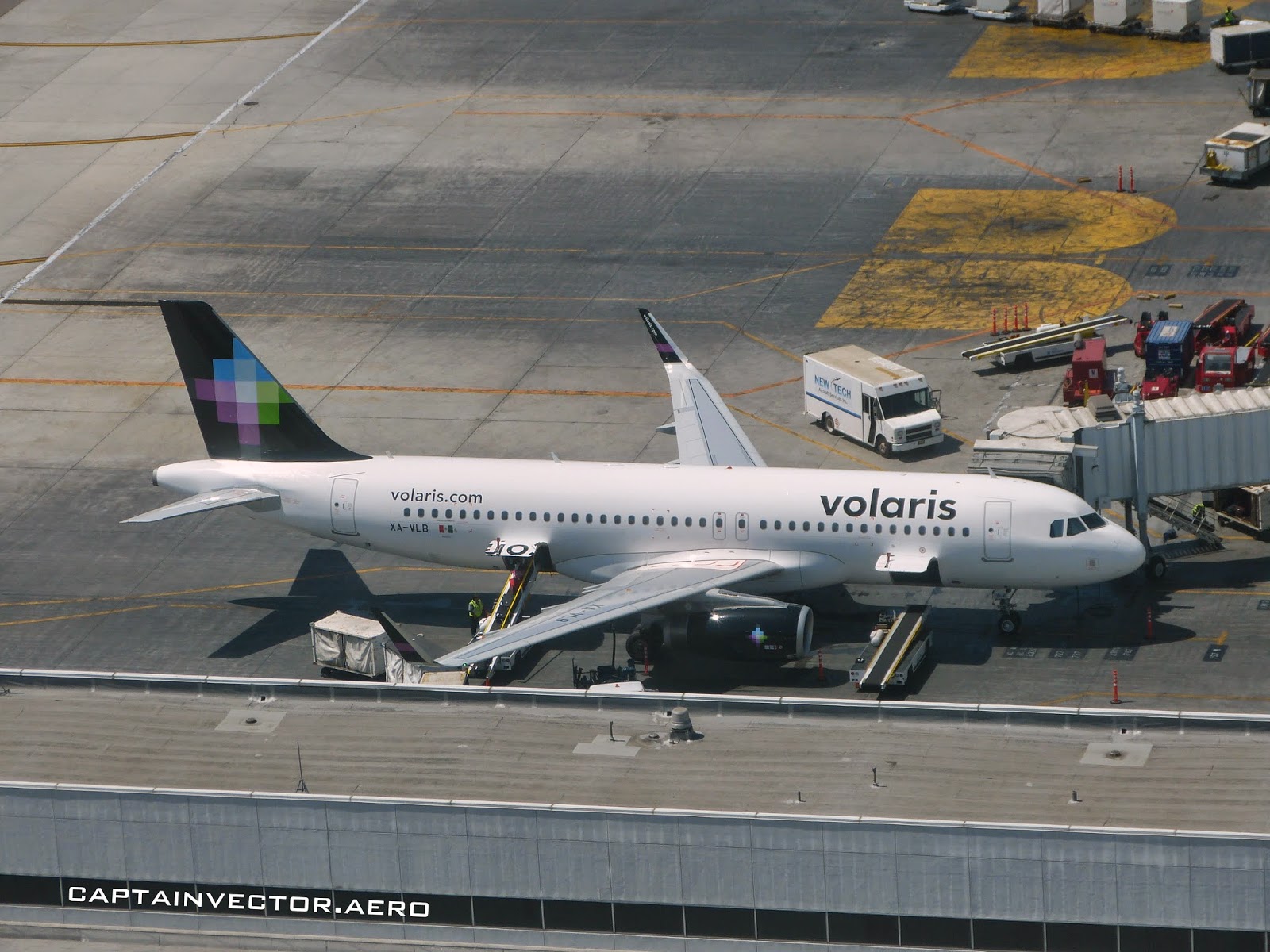 I looked out the window and learned something last week. This is what I saw; what do you think I learned?
Posted by CaptainVector at 8:15 AM 20 comments: 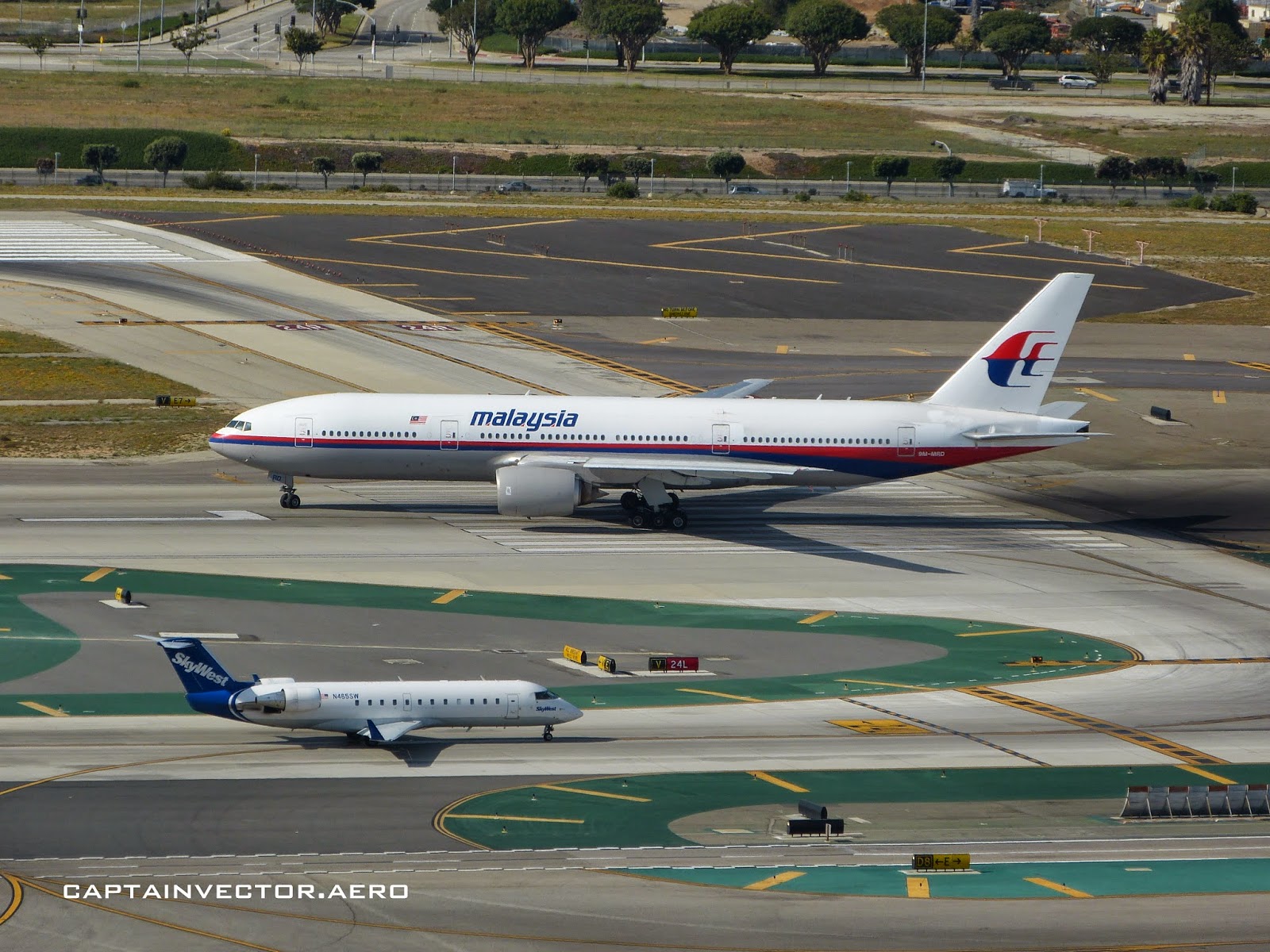 Often, I show you shots of something newly seen at LAX, but today I'll note a couple of passages. Malaysian Airlines was already in financial straits before flight 370 disappeared, and pulled out of Los Angeles at the end of April. The opening shot is one of their last flights out. 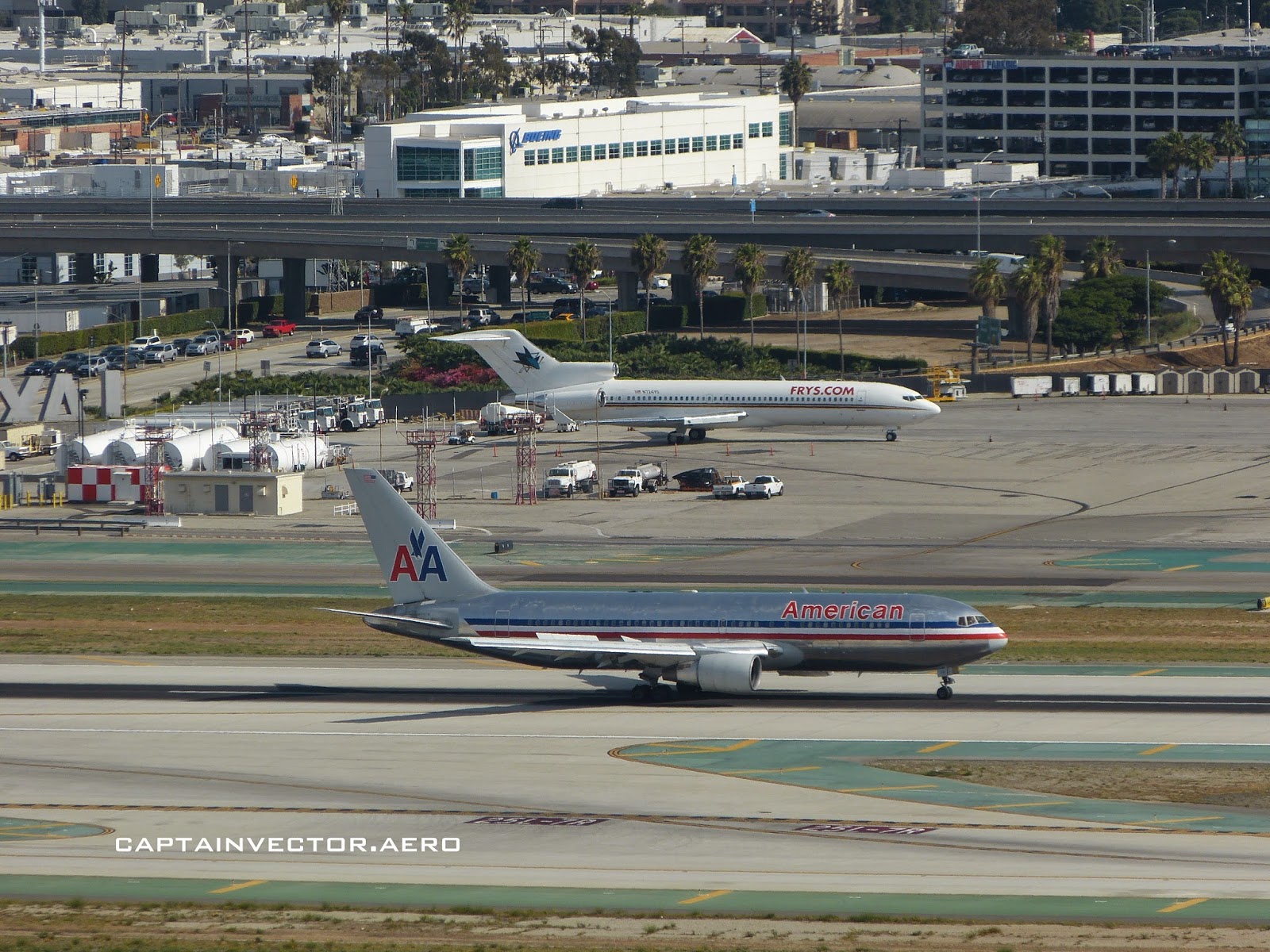 Another sight to be seen no longer at LAX is American's B767-200s. American has been using the B762 as a staple of its JFK-LAX service, but the new A321s have taken its place. The last American B762 at LAX left here for the boneyard last month -- I don't have any photos of that one because I worked it out; the shot above is one of their last arrivals at LAX. I selected this shot specifically for all of you who like to look at the airplanes in the background!

Posted by CaptainVector at 8:10 AM 2 comments: 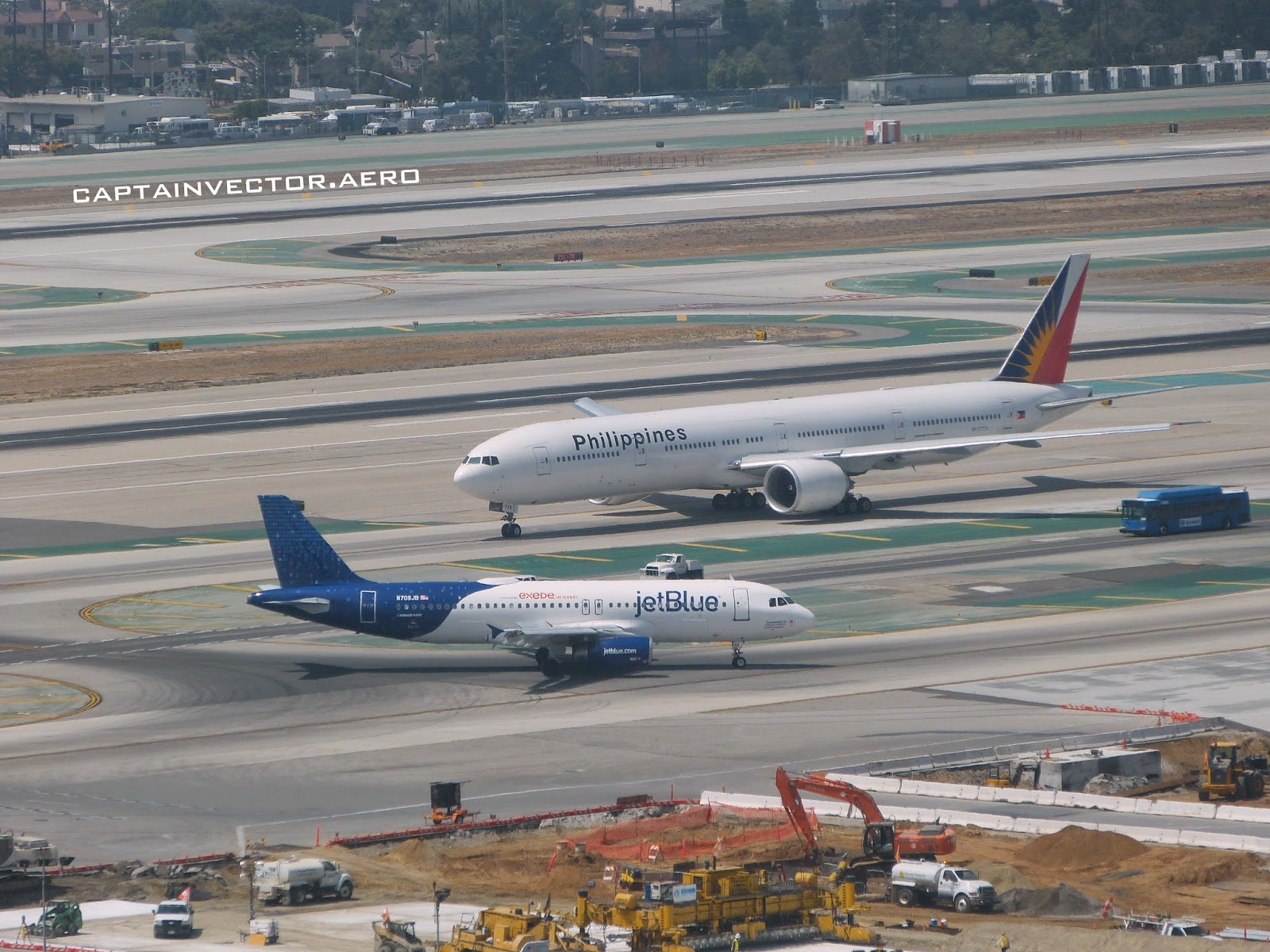 After an unseasonably hot and fiery May, June has arrived -- and with it, June Gloom, with the attendant gray photos. However, even though conditions for photography are less than ideal, there are things to show you. Today, a couple of shots of JetBlue aircraft that I haven't previously seen at LAX. The opening shot features a special Binary Code tail livery that commemorates JetBlue's new inflight wideband internet service, Fly-Fi. Then a new aircraft type in the second shot: The first JetBlue Airbus 321 that I've seen. 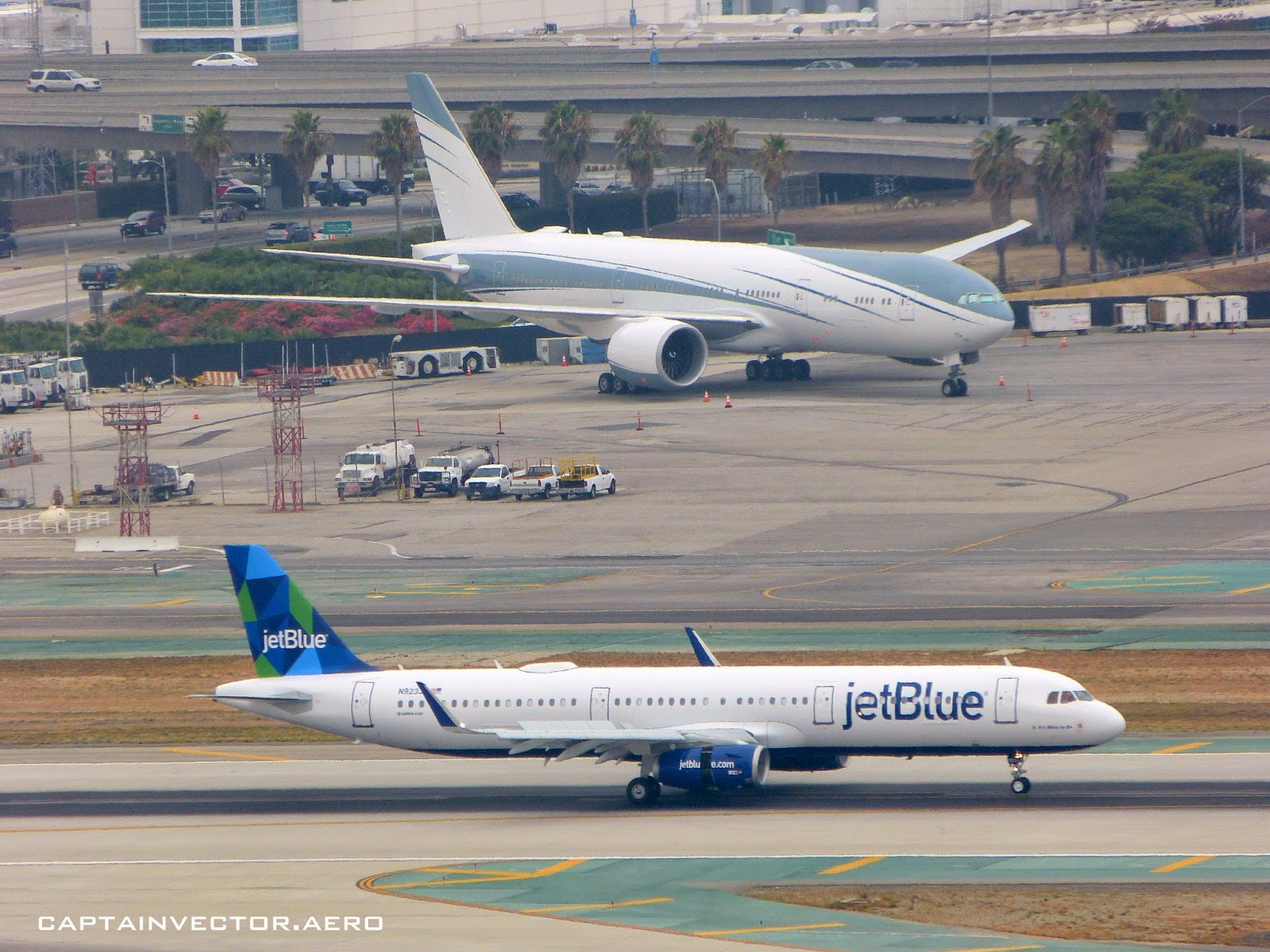 Posted by CaptainVector at 9:38 PM 7 comments: 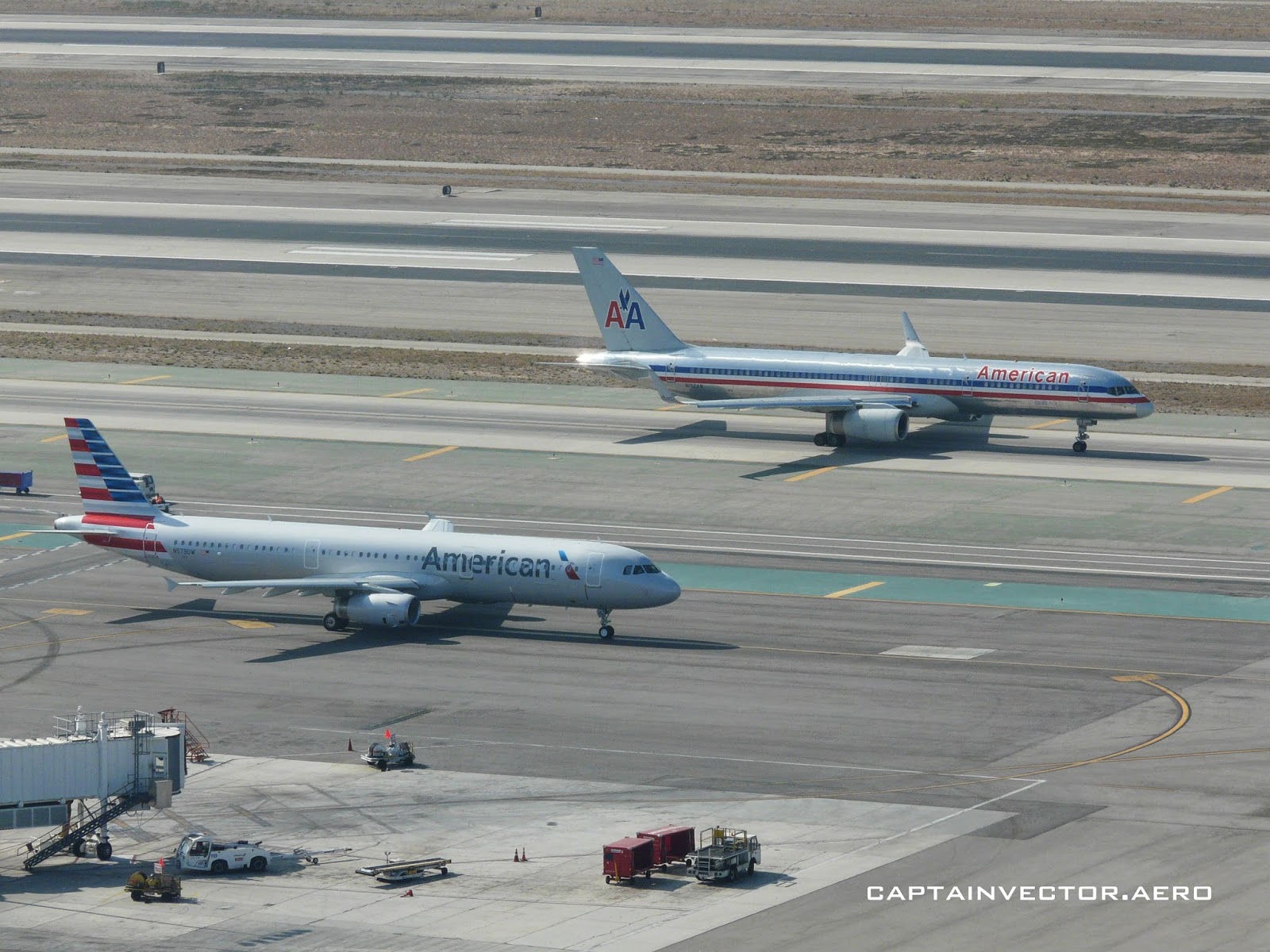 A lot of you responded to last week's "What's funny about this picture".  As I am wont to do, I showed you a shot with more than one notable thing in it. So, I'll make a list:


But those of you who've been here for a while know that I'm usually not that easy, and several of you commented to that effect. But a handful of you also caught another thing:

This is the first US Airways aircraft I've seen at LAX in the new American colors. For the sake of comparison, here is an American A321: 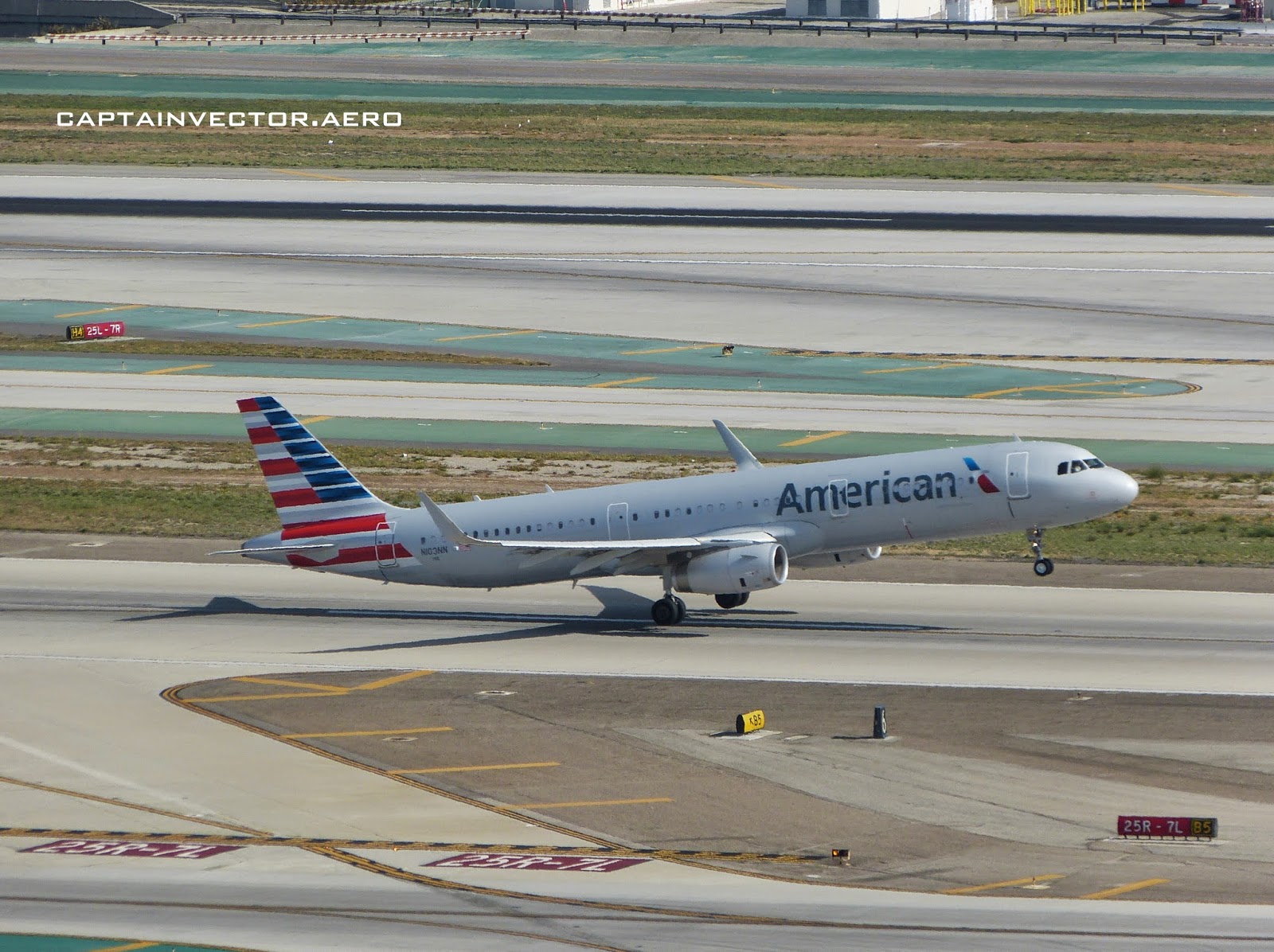 As an aside, I don't believe I've noticed an American B757 wearing the new livery, nor an MD-80. In the case of the MD-80s, I suspect that they won't get the new colors at all, as they're being phased out over the next year or so.

Posted by CaptainVector at 9:55 PM 3 comments: