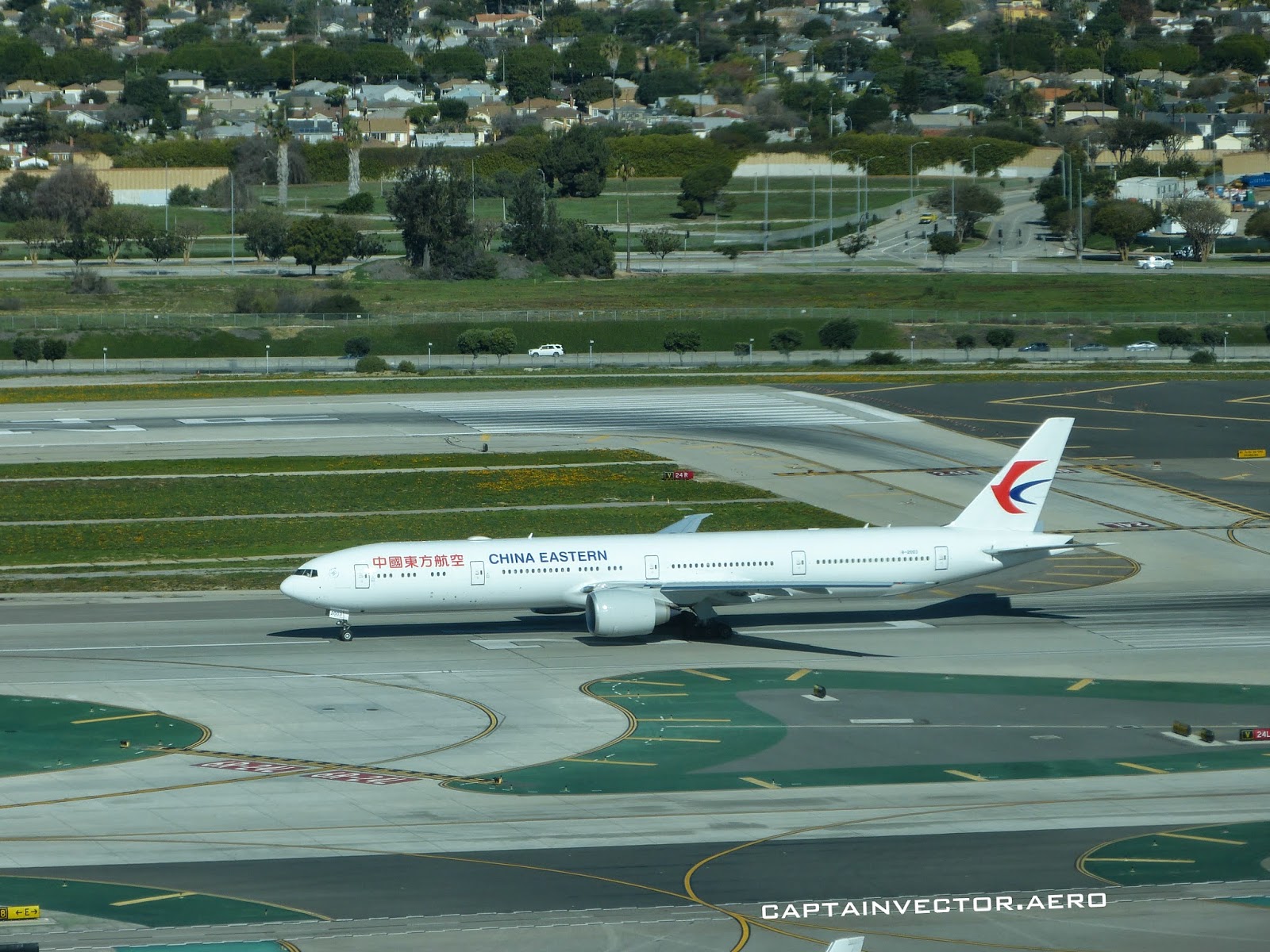 China Eastern is the latest carrier to operate the B777 at LAX. Not only is it a new airplane, it's wearing a new livery with a new version of the swallow. A reader alerted me to the coming of the first one this past Thursday. I didn't catch the arrival, but here it is on its way out to Shanghai. 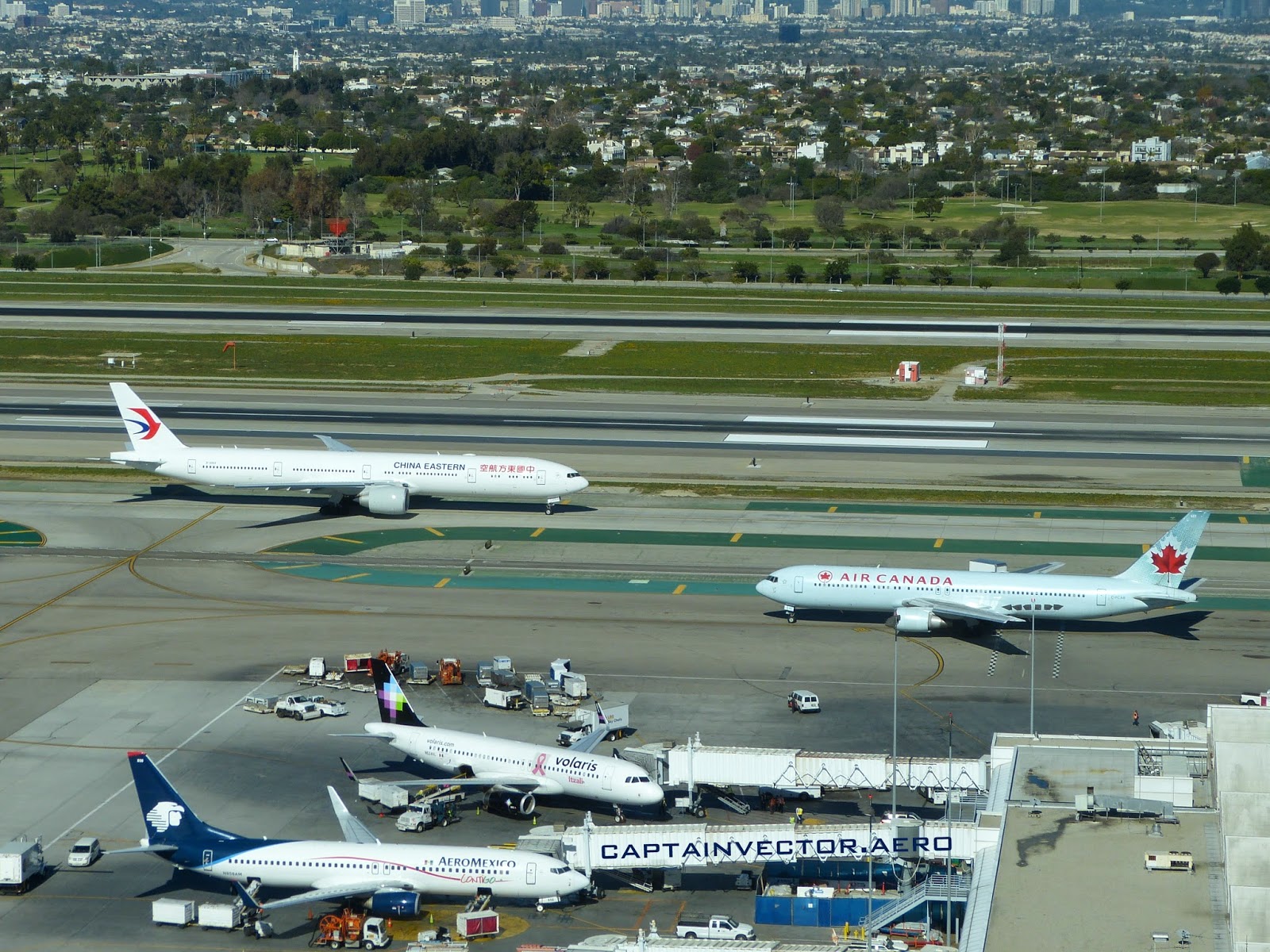 The B777 has nearly as many seats (316) as the A346 it replaces (322). China Eastern only had five of the big Airbuses, but plans to acquire twenty B777s. Unlike the B777, which is becoming ubiquitous at LAX, we don't see that many A340-600s. China Eastern only brought in one per day; we still see one each from Lufthansa and Virgin Atlantic; and during the summer months we sometimes have another from Iberia. 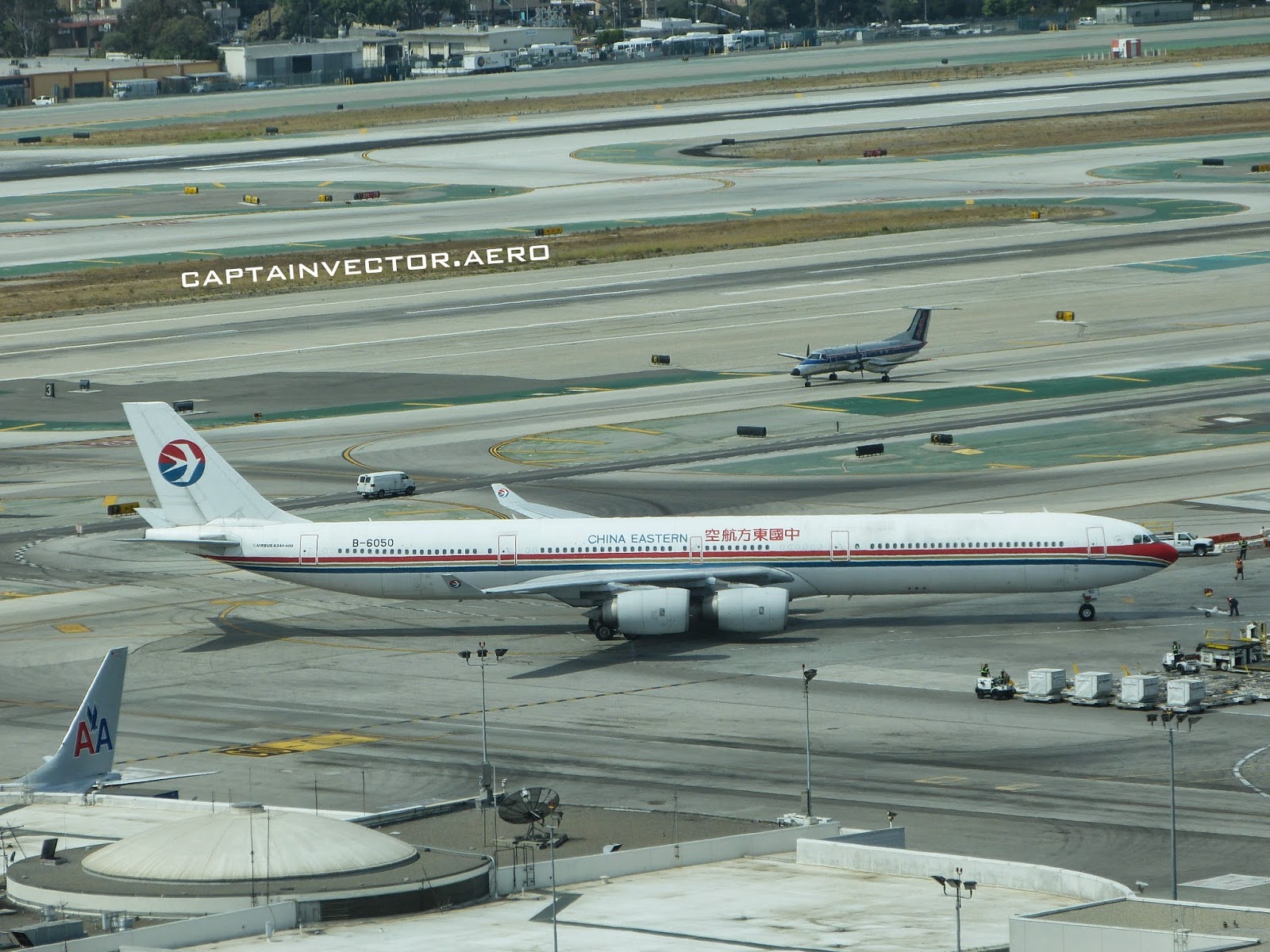 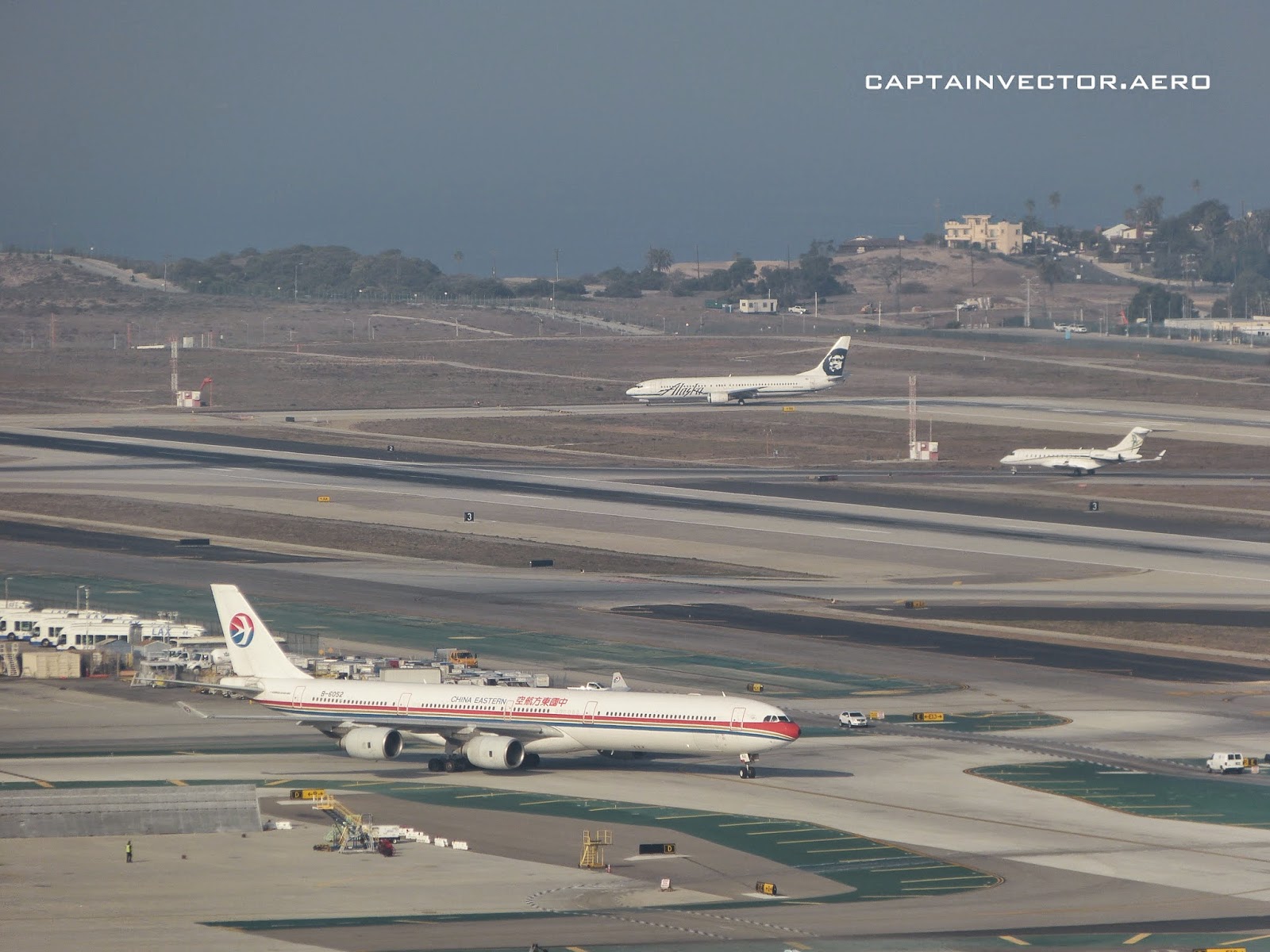 The China Eastern A346s actually left the LAX scene last year; in the interim China Eastern has been using A330-200s on the Shanghai - Los Angeles route. For a time, we were getting two per day: 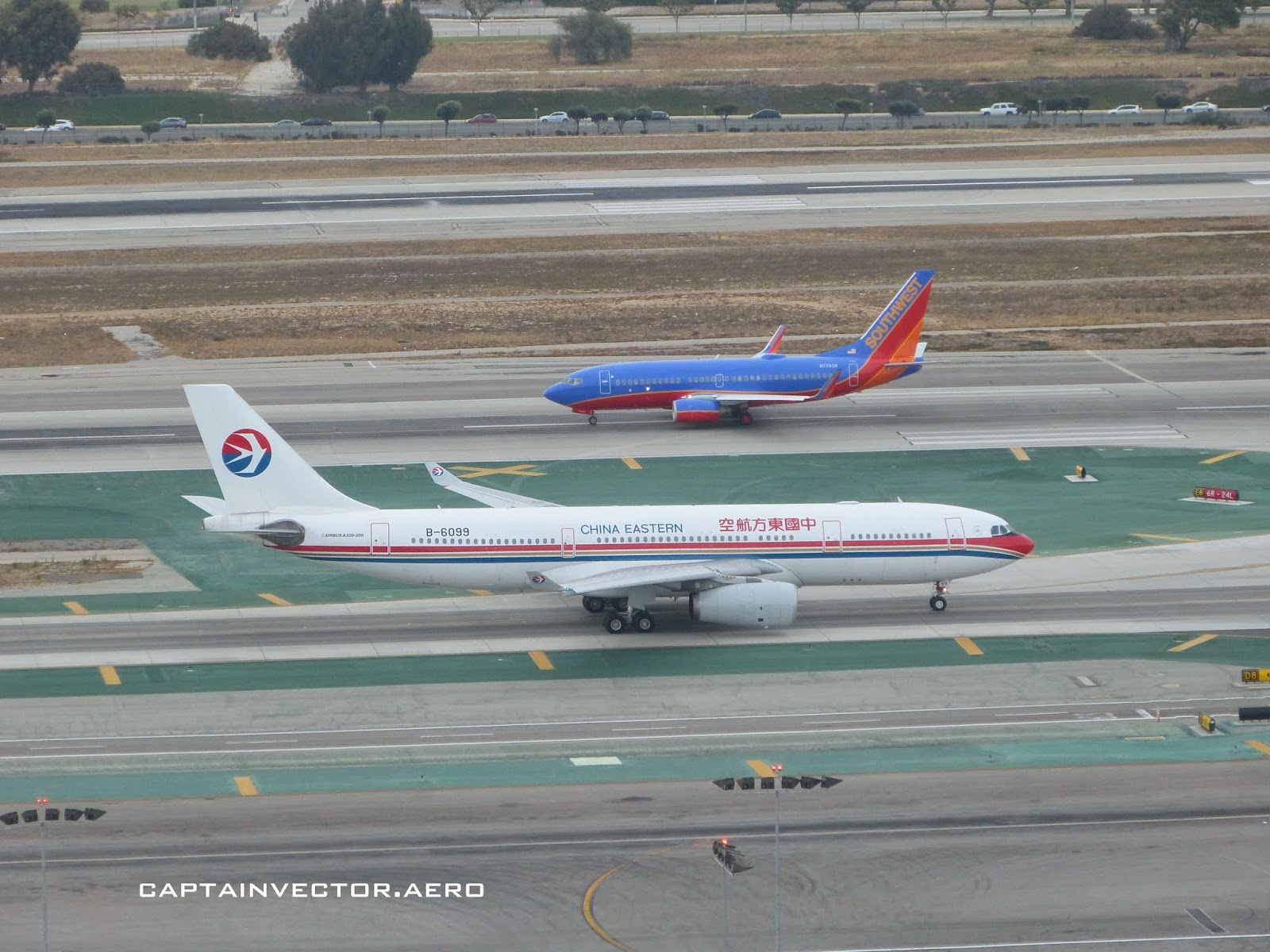 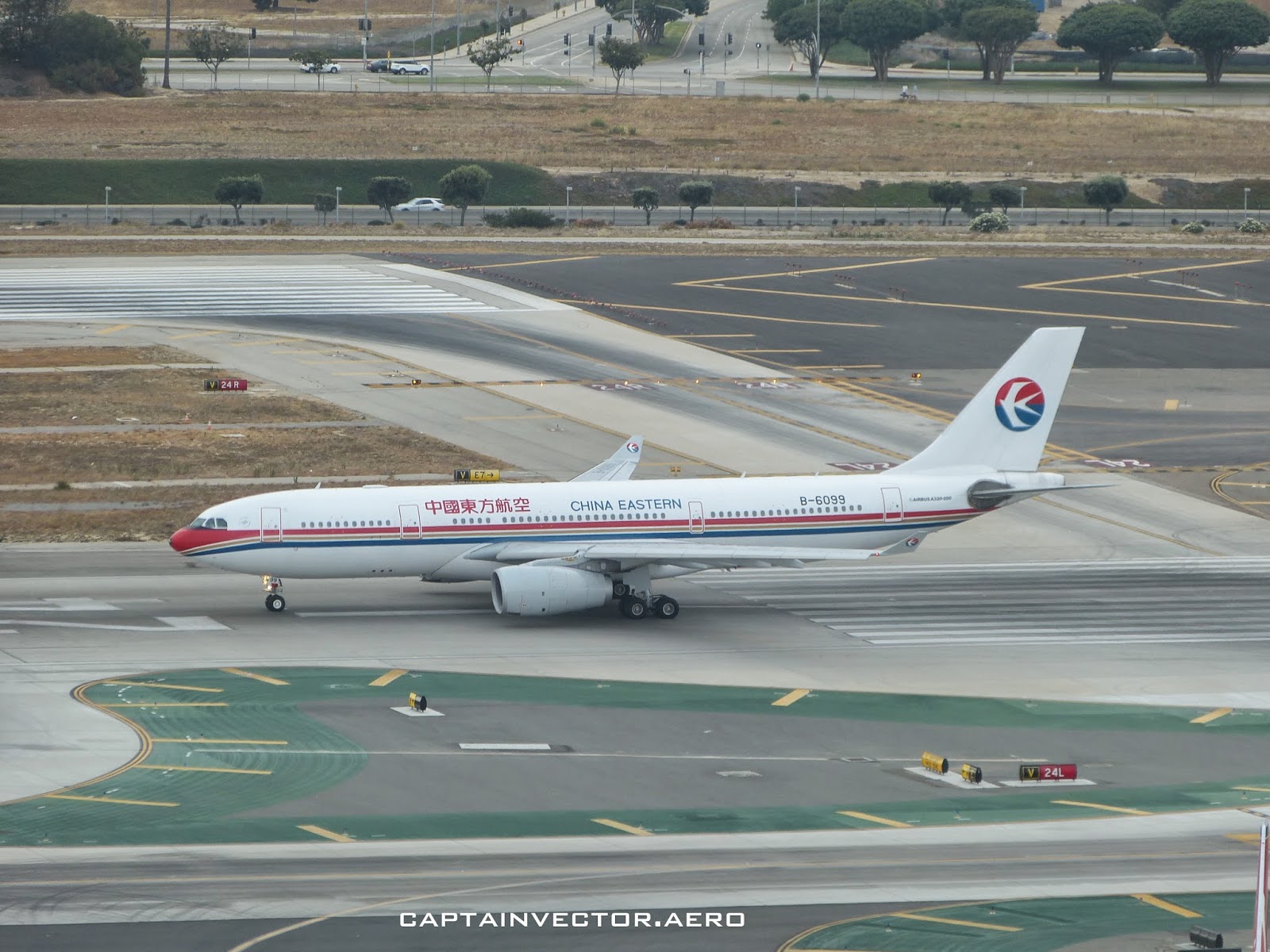 Posted by CaptainVector at 9:48 PM 2 comments:

First rain of the new year 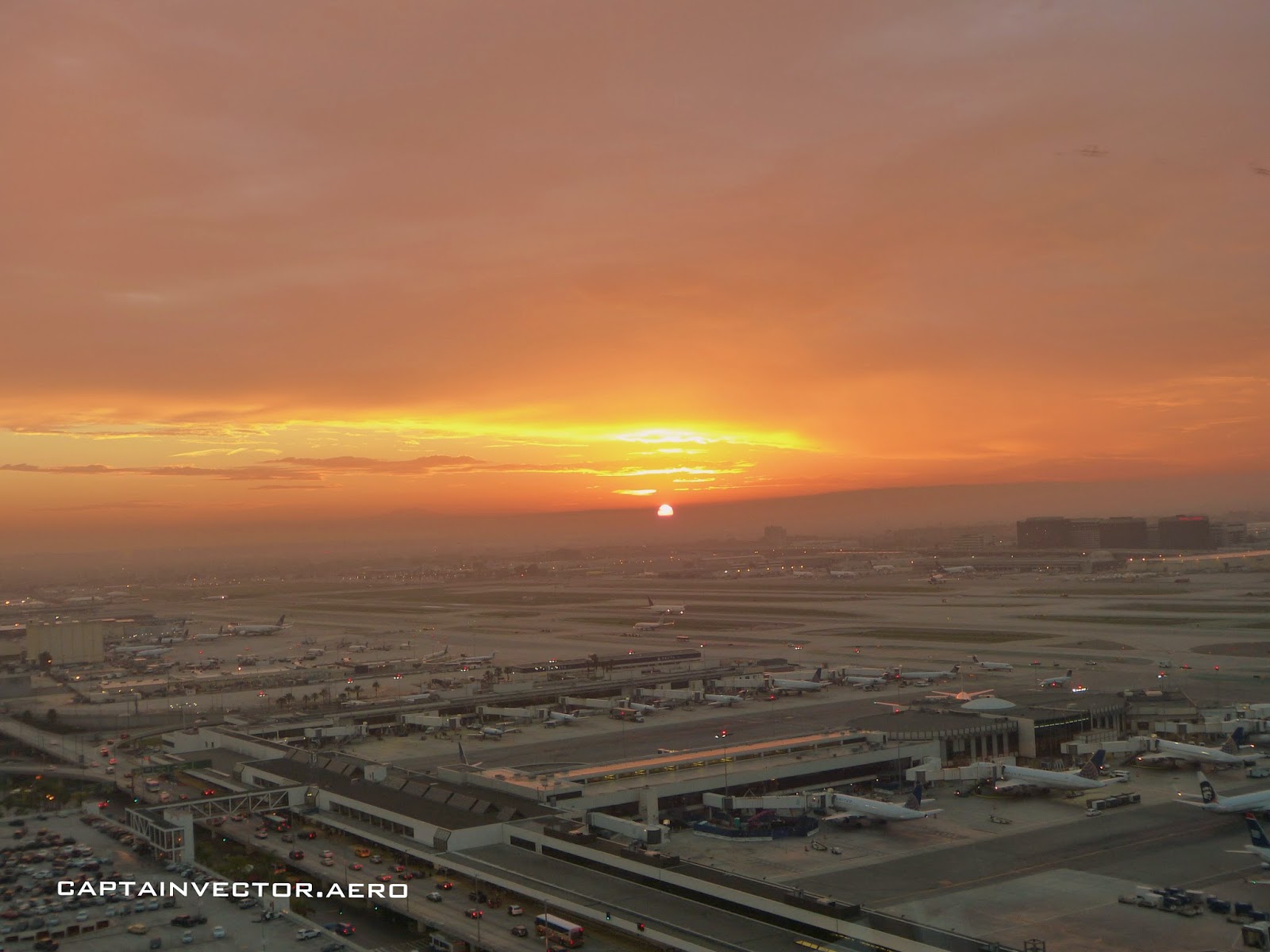 Winter brings some beautiful sunrises at LAX. This one wasn't particularly spectacular, but it was paired with this: 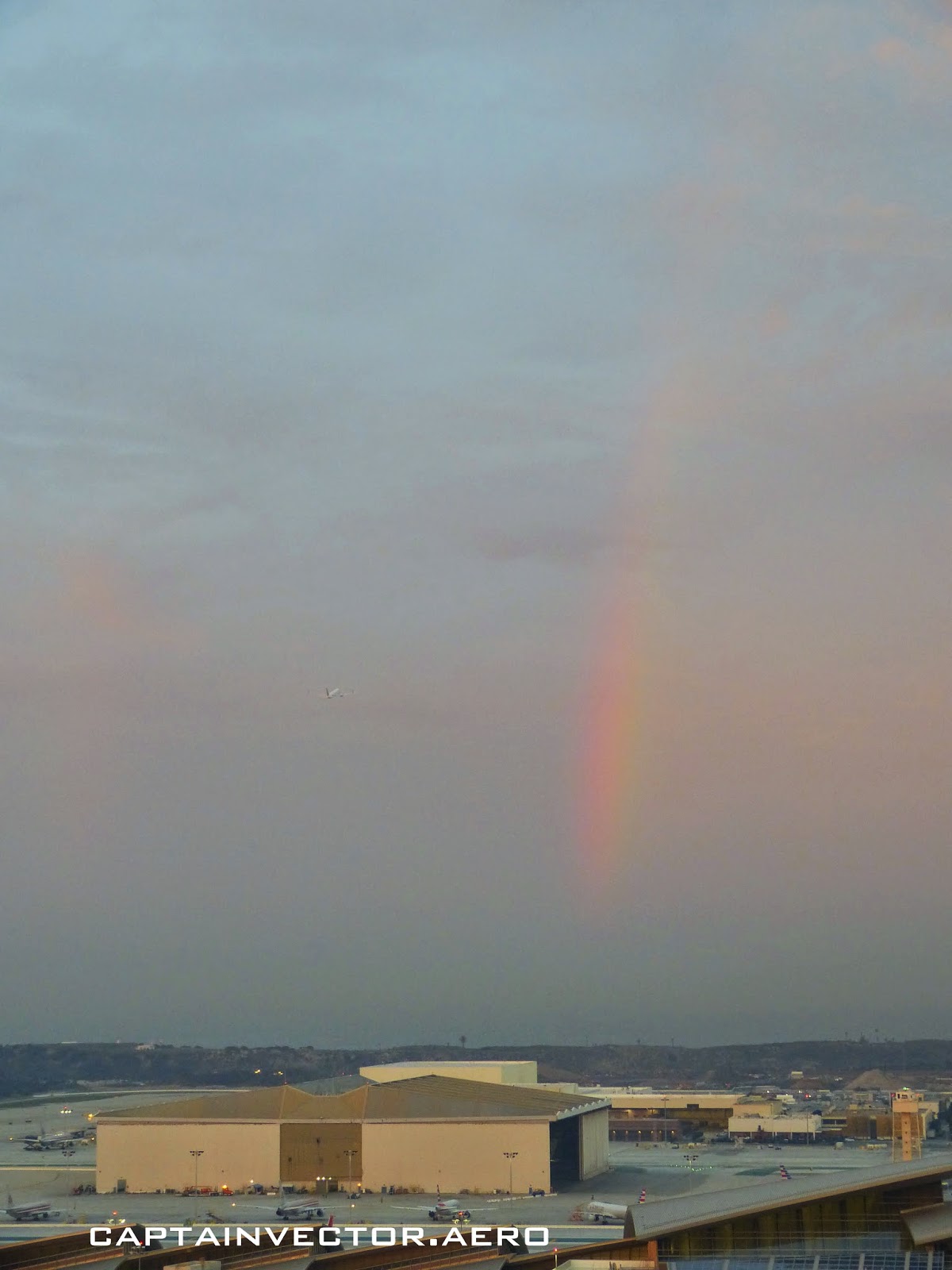 The forecast called for rain, but it's unusual to get to enjoy the rainbow before enduring the rain. Have no fear; we didn't have to wait long: 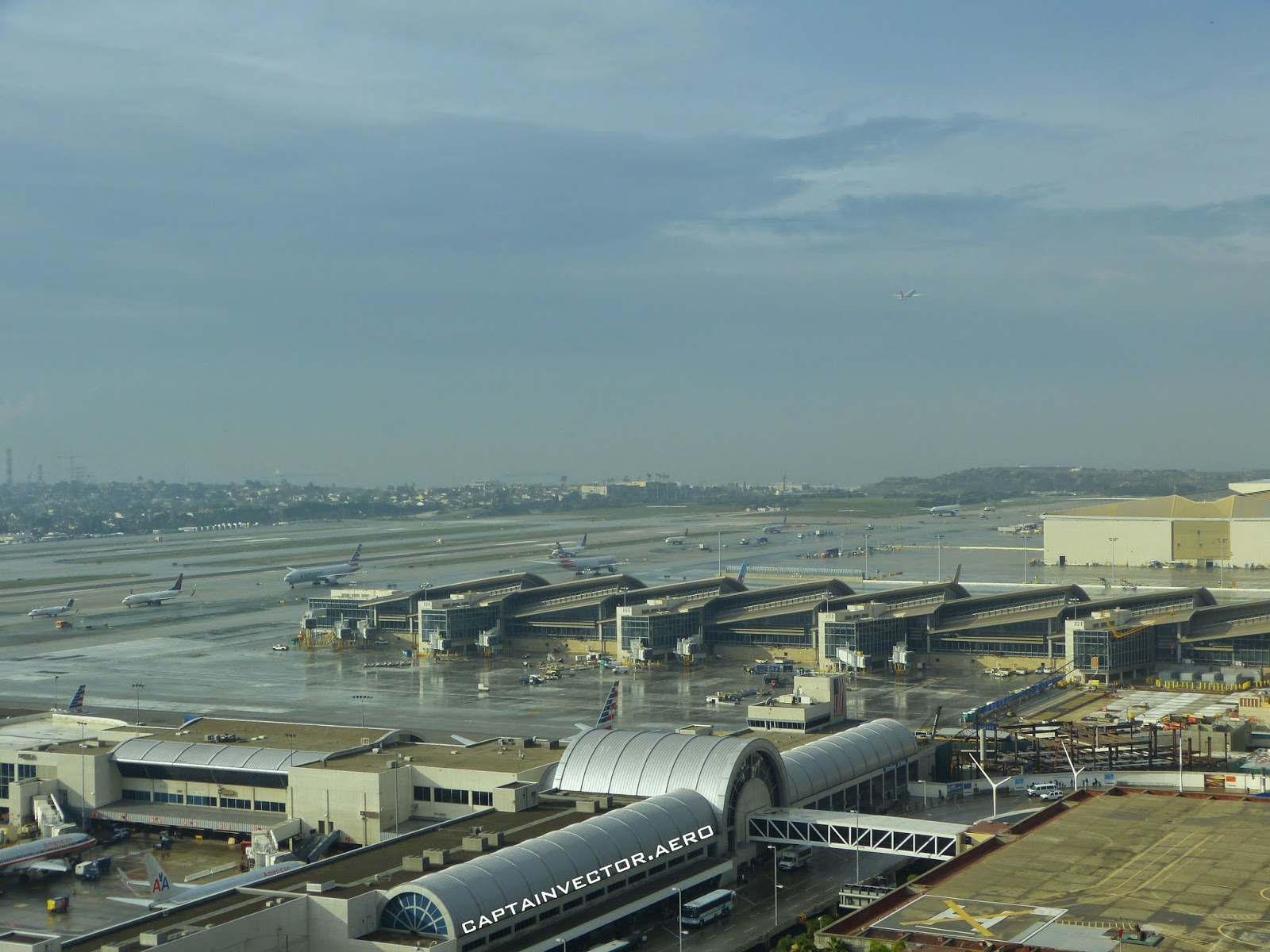 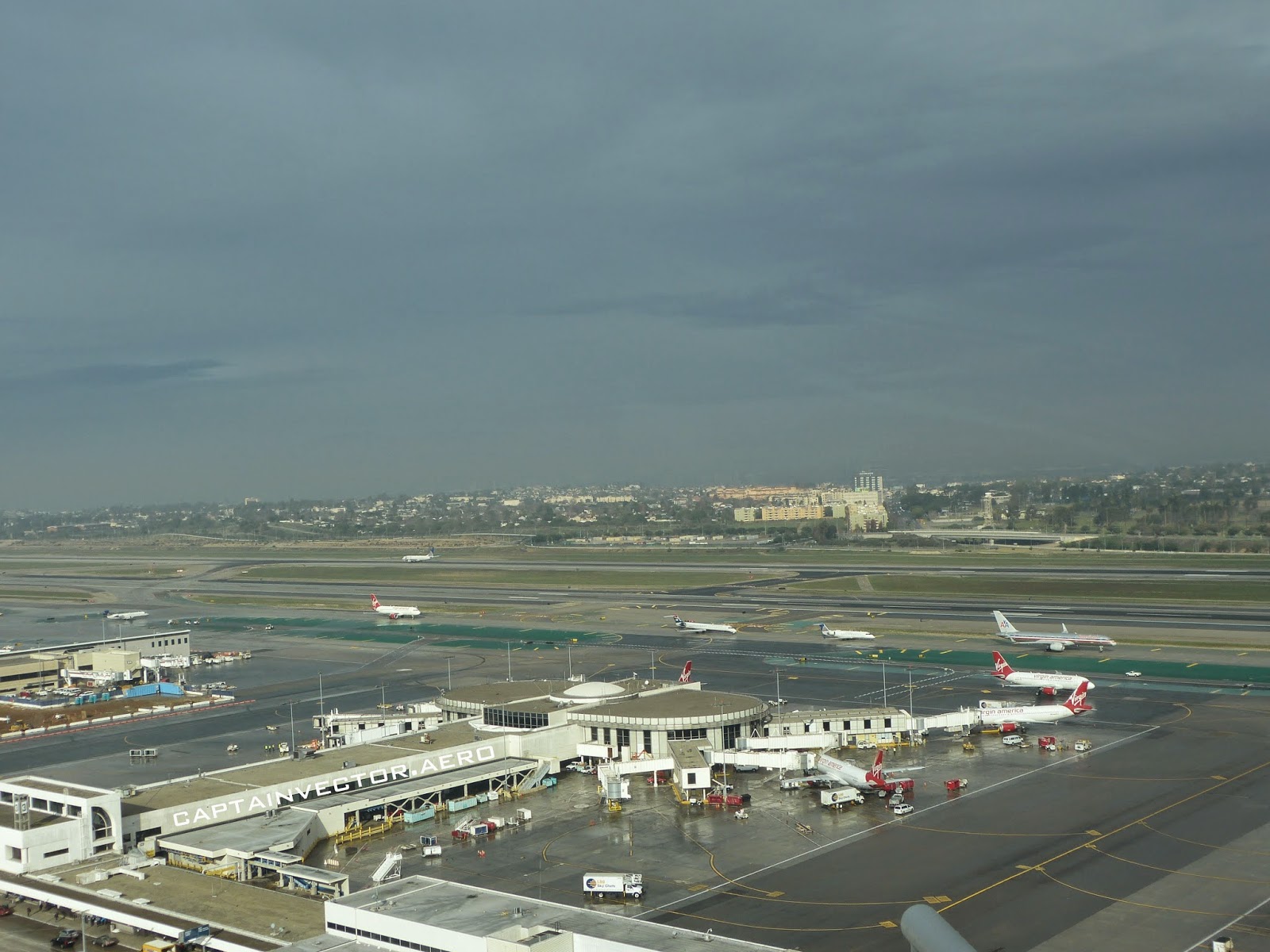 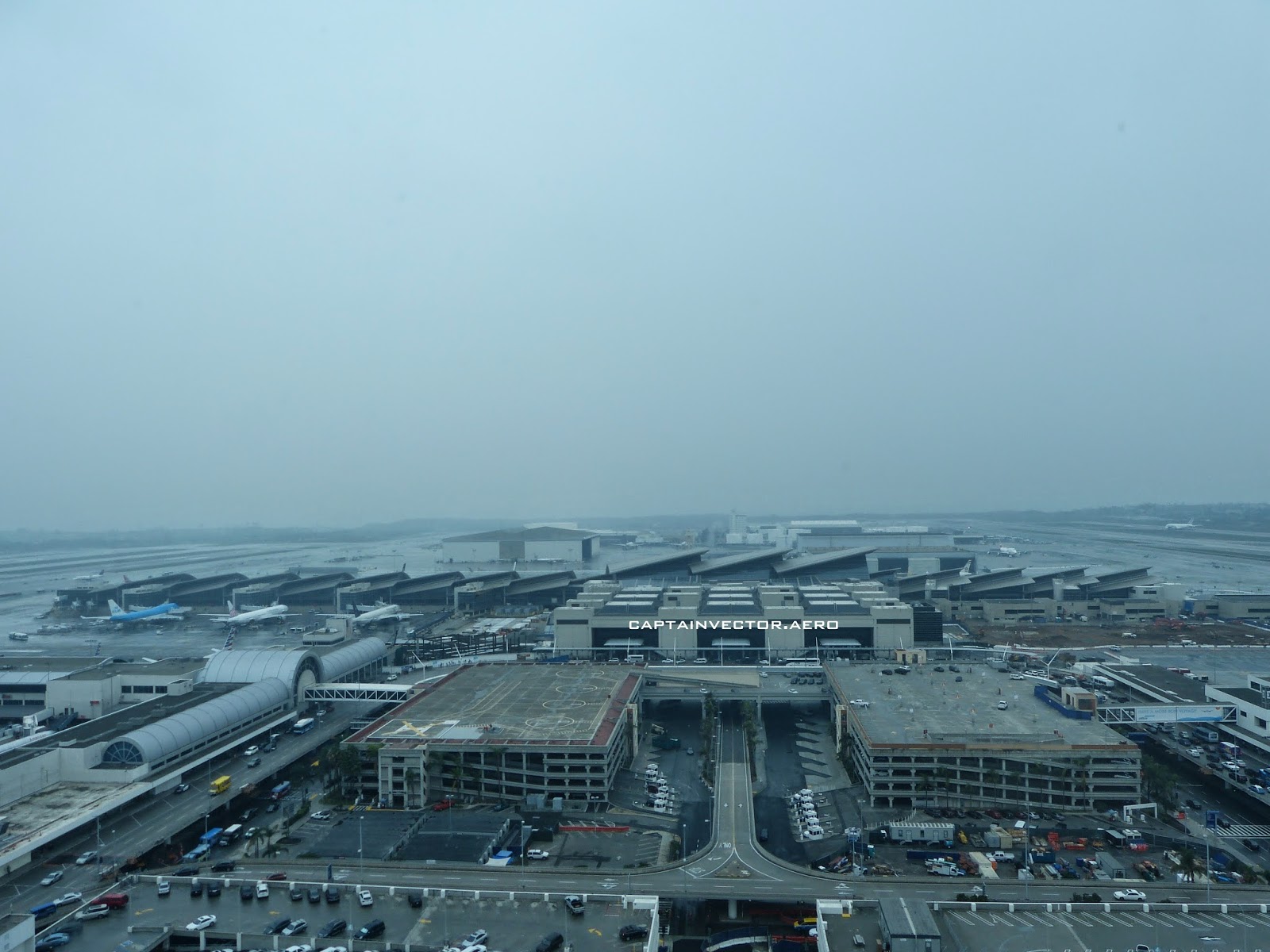 By early afternoon, it was all over: 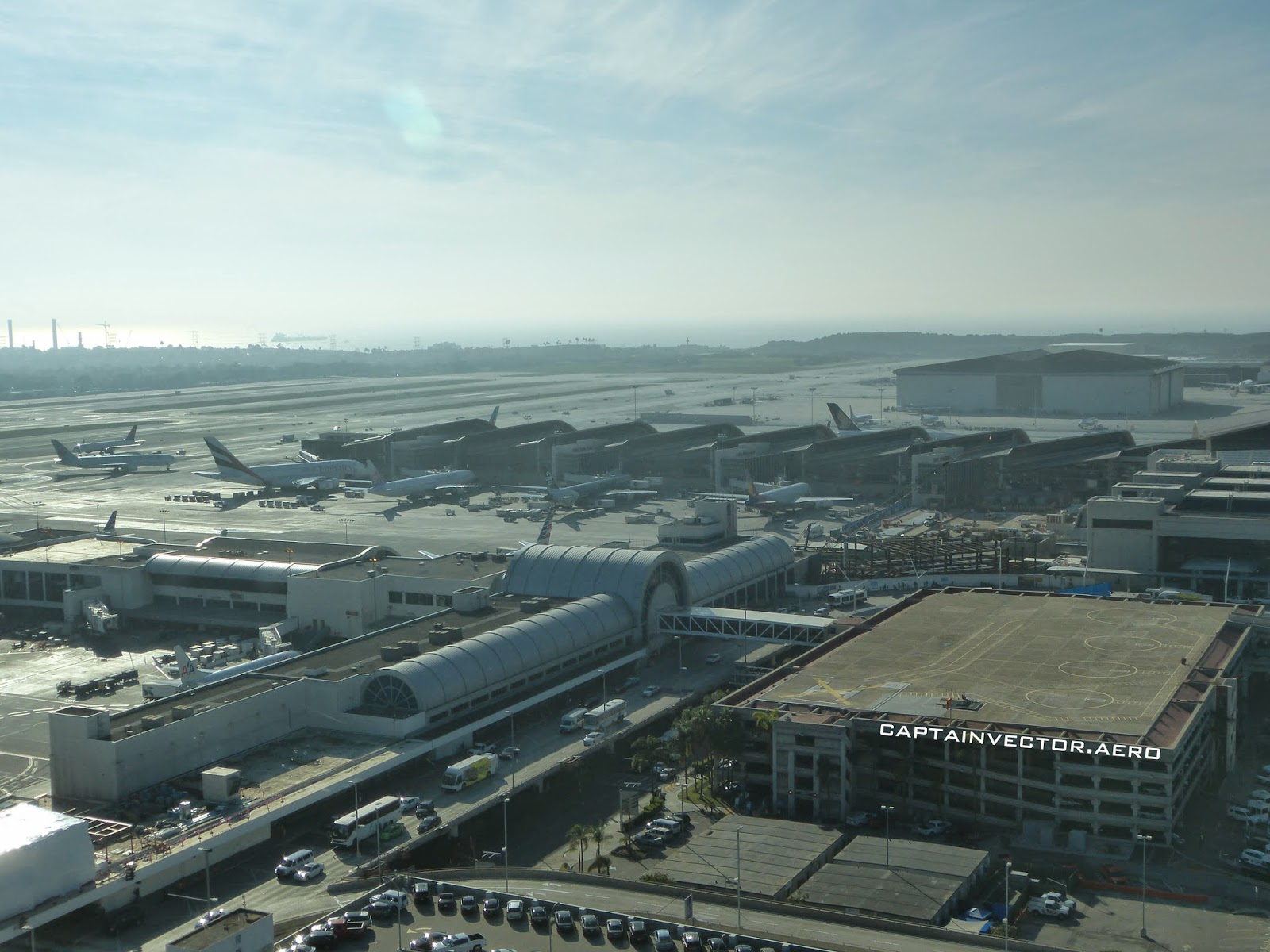 Posted by CaptainVector at 8:37 PM 3 comments: 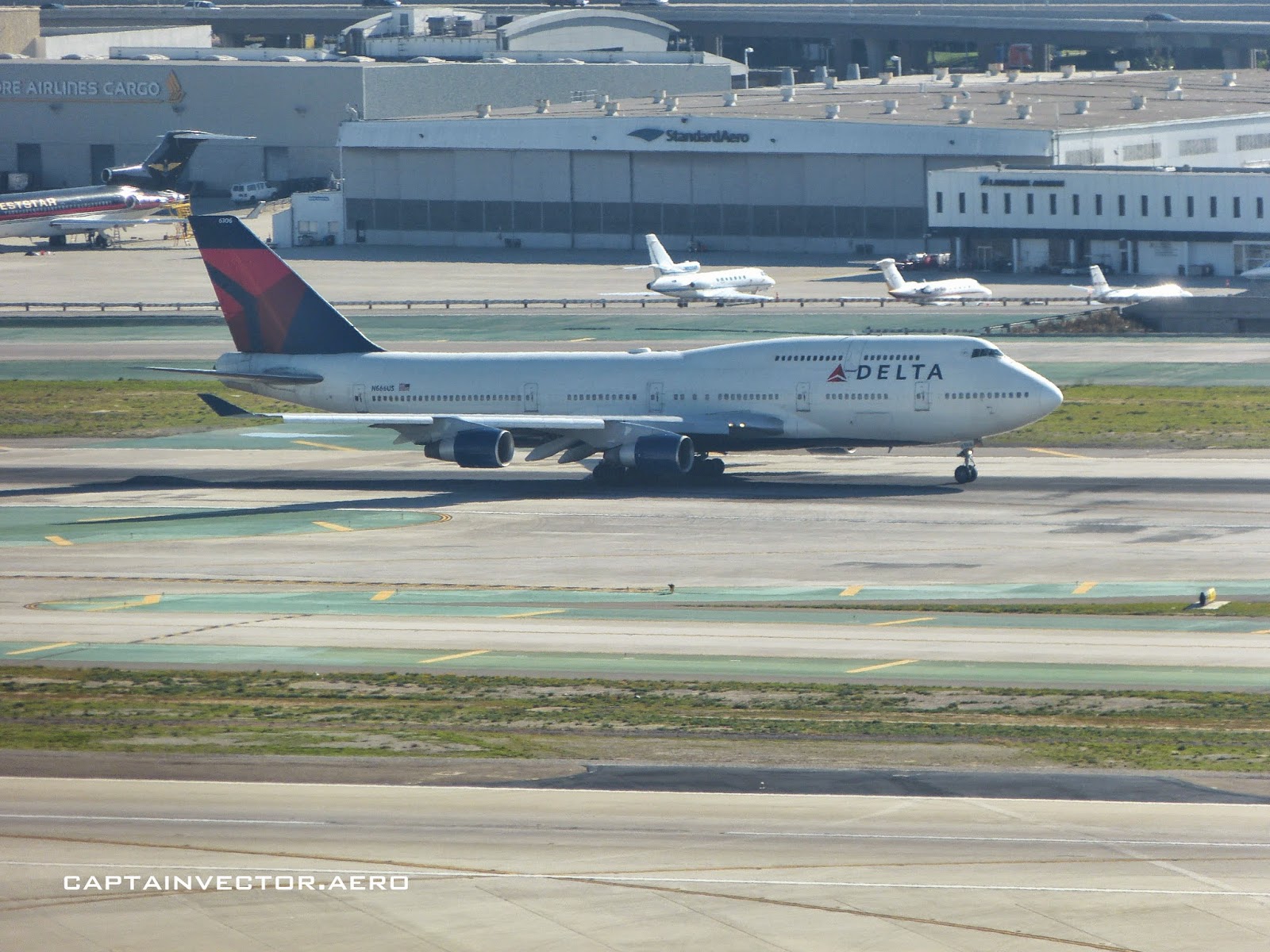 Welcome to 2015! I'll start the new year off with a collection of noteworthy heavy jet shots taken over the holidays. These first don't seem so notable at first, until you consider that we hardly ever get Delta or United B747s at LAX anymore. These two both showed up and then left again on the same day. 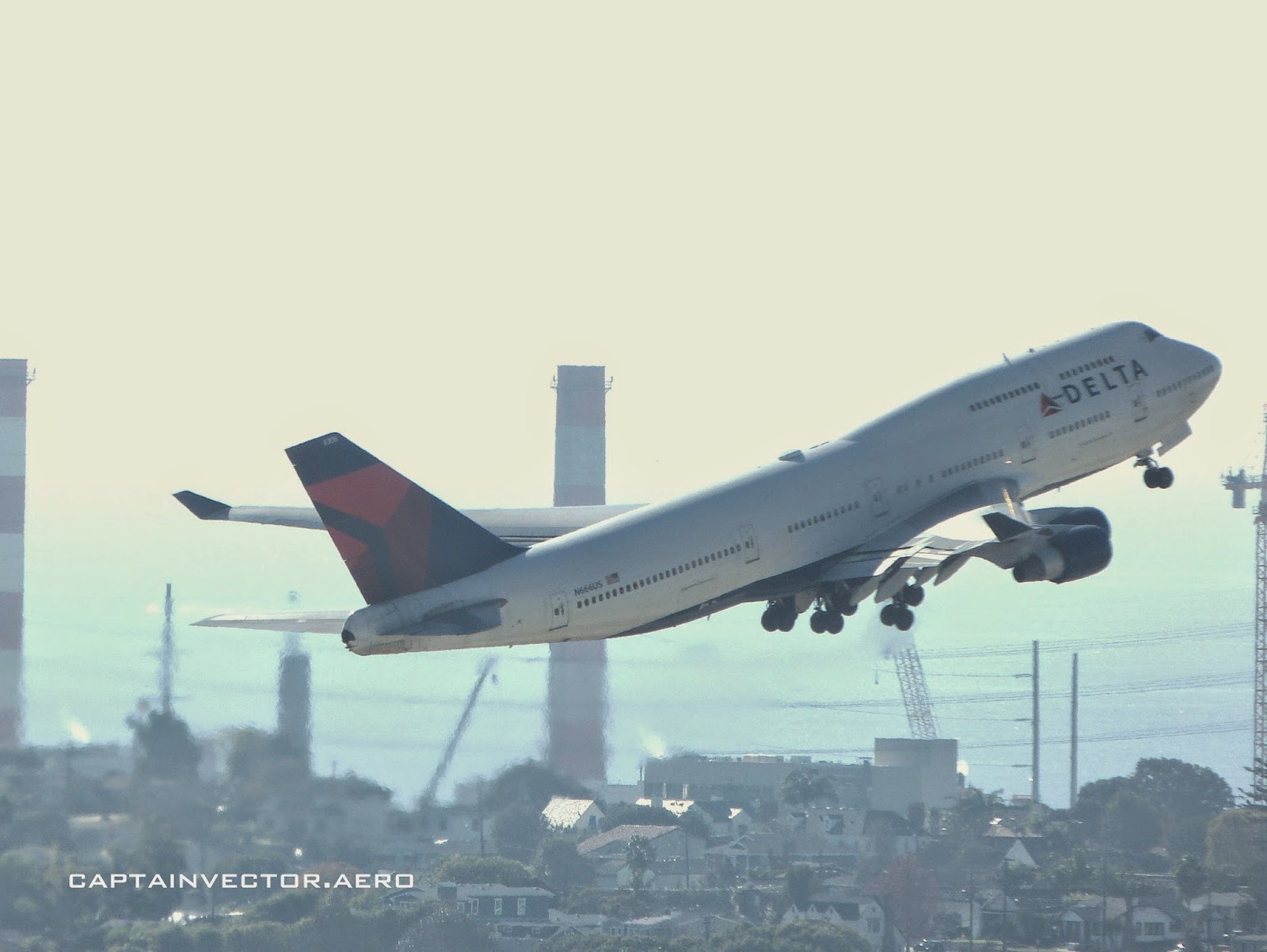 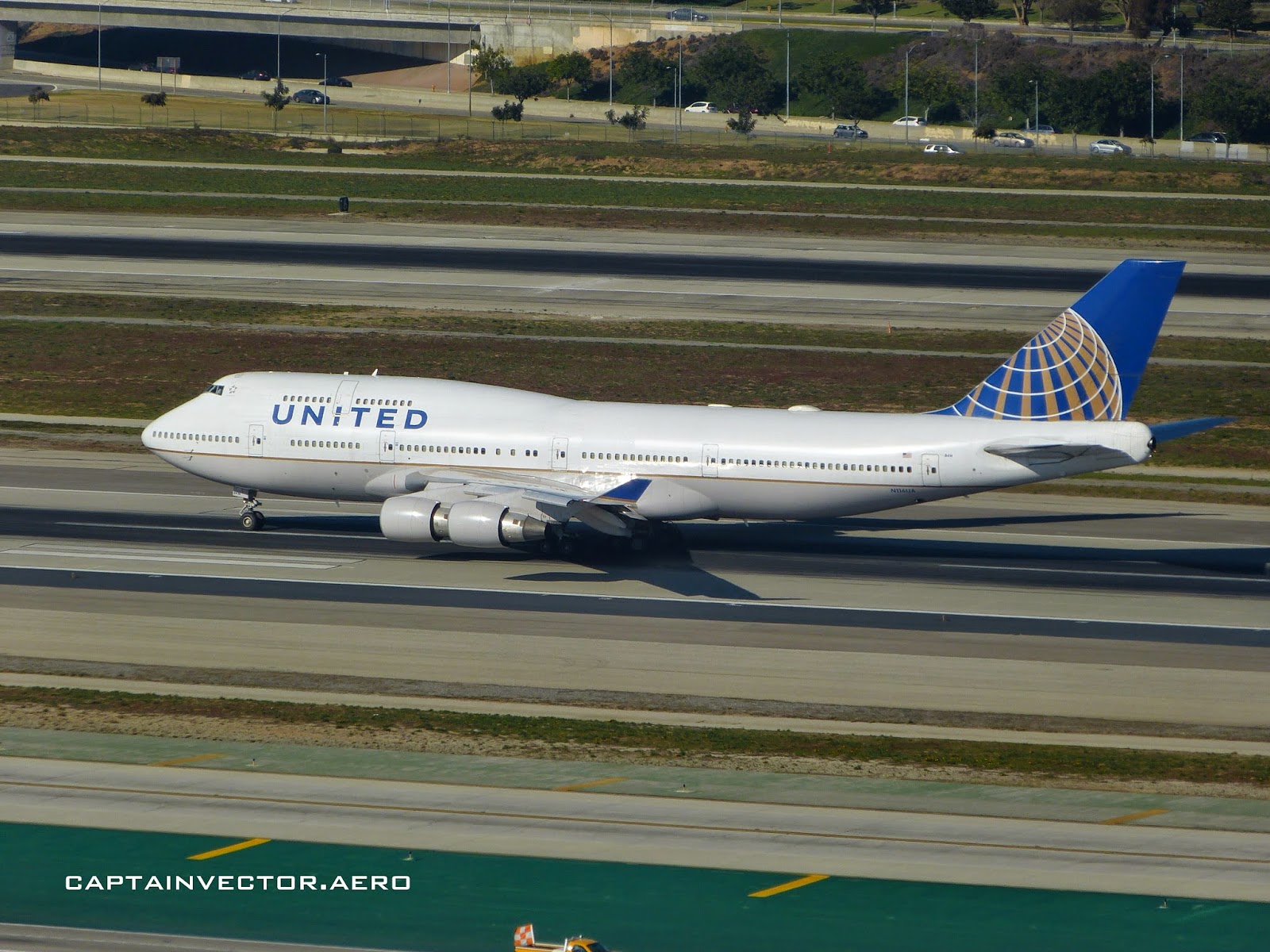 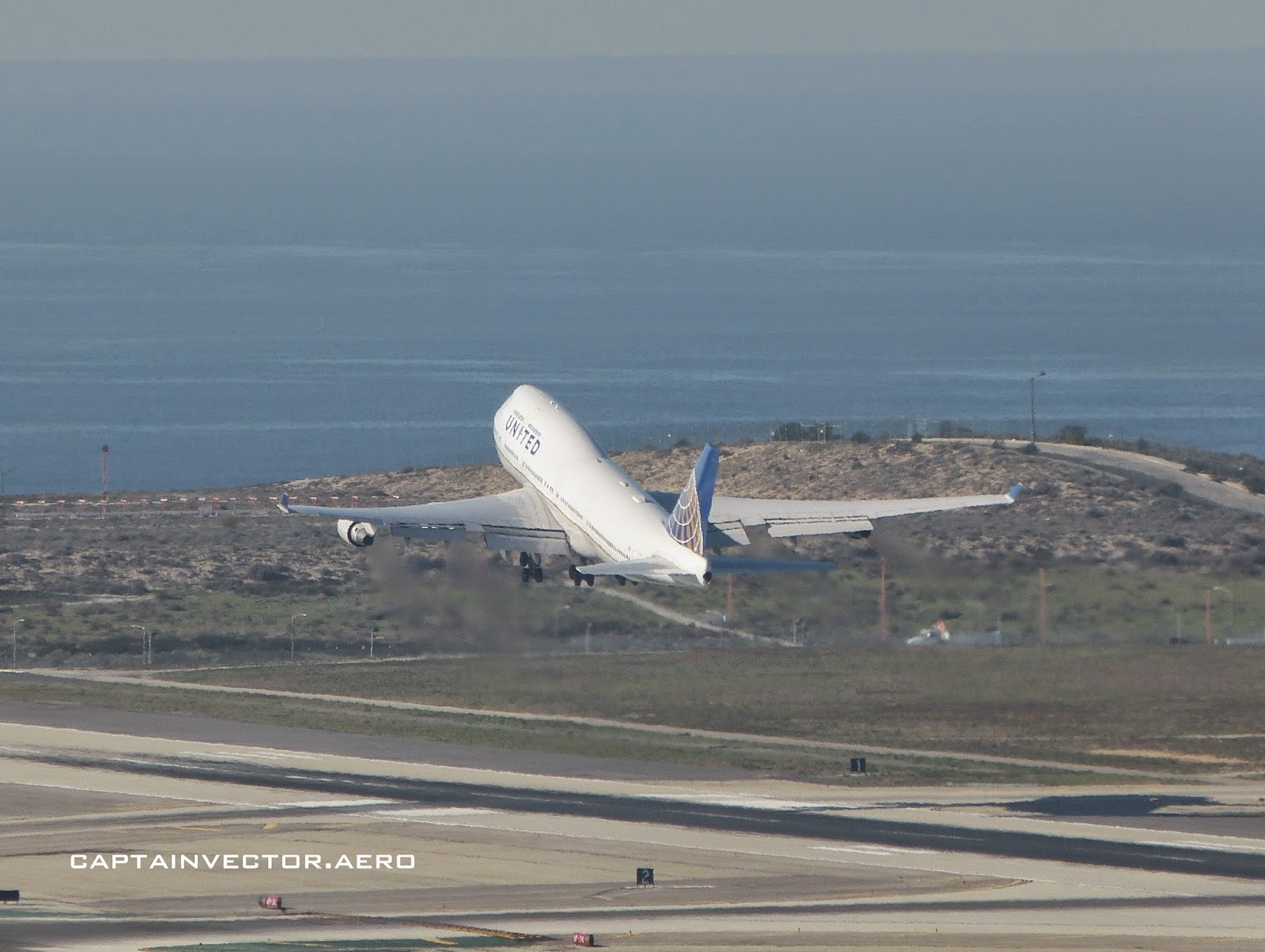 KLM still brings in a daily B747. This one is marked to commemorate their 95th anniversary: 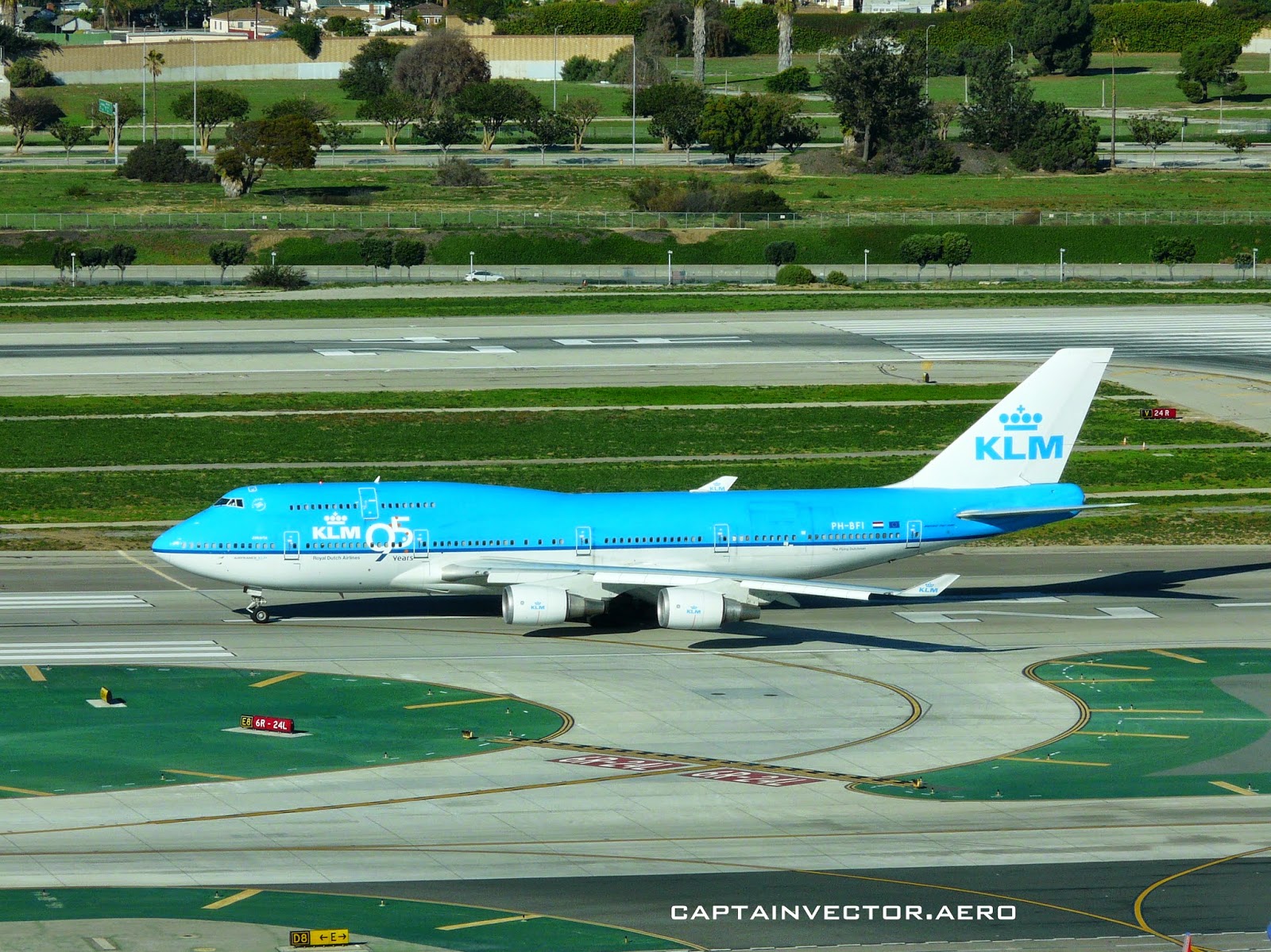 Next, the latest carrier to replace their B747s at LAX with B777s:

Air Canada's Rouge normally operates A319s at LAX, but during the holiday season they've also shown up in a B767: 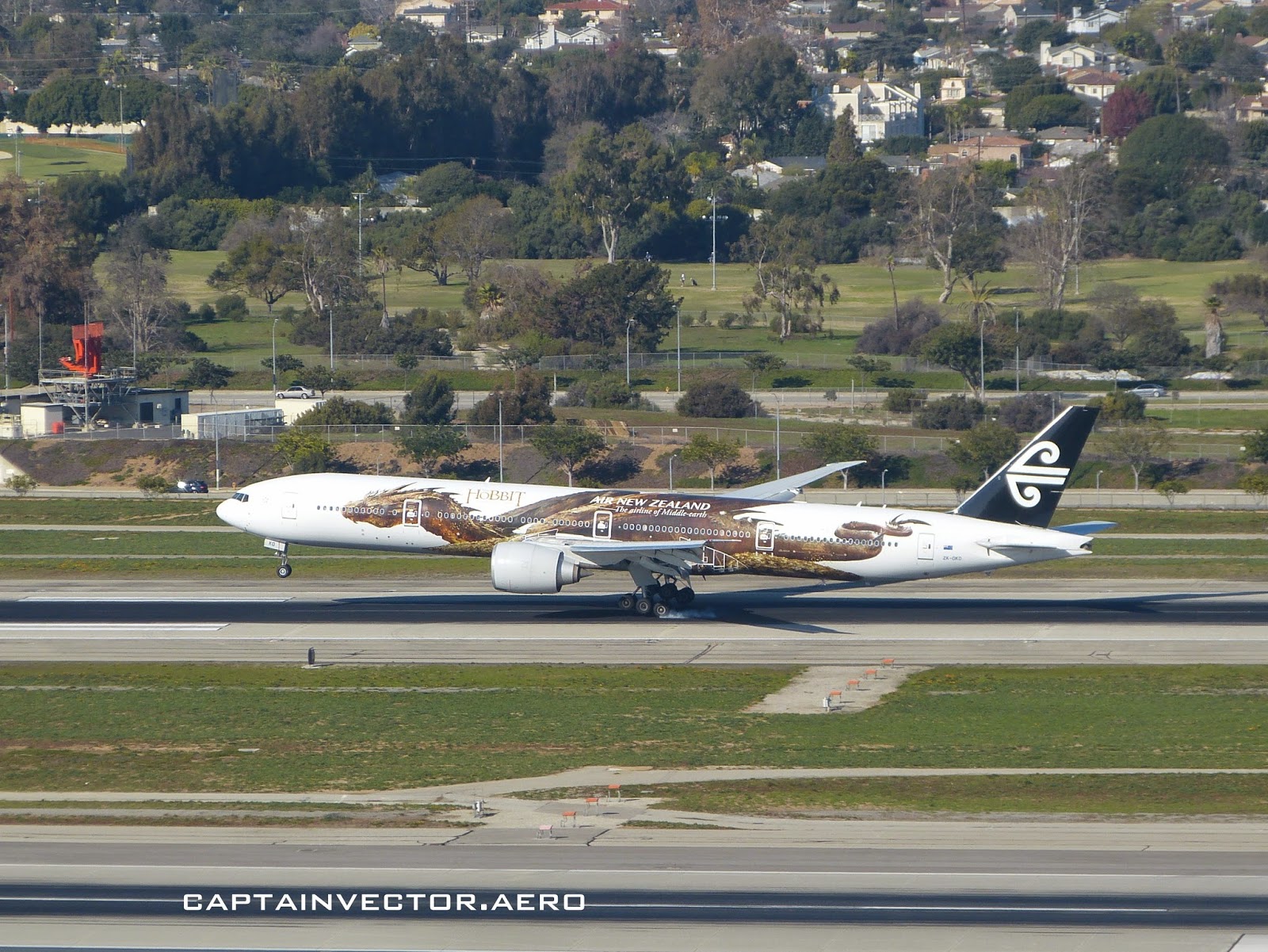 Posted by CaptainVector at 10:24 PM 3 comments: