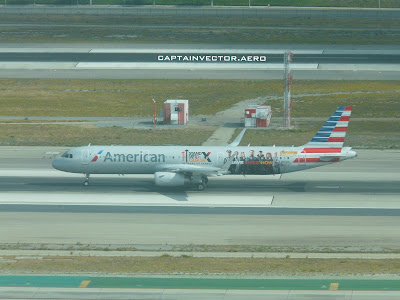 This week's edition of Photo Friday is a collection of recent shots that seemed worthy of sharing. There have been some camera issues as of late and May gray has set in, so good photos are somewhat less plentiful than usual. Nonetheless, the opener is the American A321 with the cancer-fighting Avengers.

Next is the Xiamen Dreamliner in UN blue: 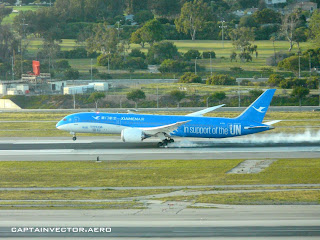 And we now have a second carrier operating the Airbus A350 at LAX: 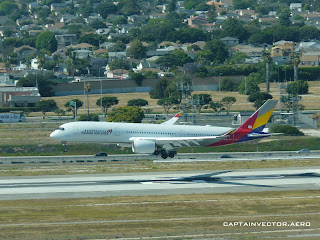 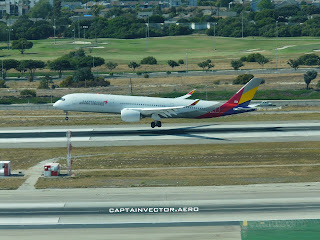 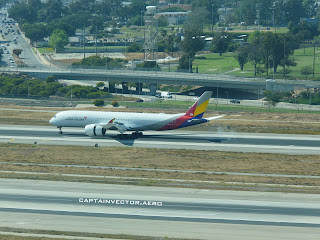 One other item of business is that the new EU regulations about internet privacy have taken effect. Those of you from that part of the world should be seeing a notice to that effect at the top of the page. If not, let me know. In short, this blog is hosted by Blogger.com, which is a Google property; Google Analytics and AdSense and related cookies may be used. I don't know what impact all of this will have on my European readers, but everyone who has content on the web right now is advising their readers of privacy policies and such. I do not personally collect any sort of personal data beyond any comments that you care to make, and many of those are published with the relevant blog entry. I use no third-party features beyond those included with Blogger, and the only information I get from the Google Analytics lets me know how many visitors come to the blog, what blog entry they see, and what website referred them here if there was one. The notice I received reads as follows:

As a courtesy, we have added a notice on your blog to explain Google's use of certain Blogger and Google cookies, including use of Google Analytics and AdSense cookies, and other data collected by Google.

You are responsible for confirming this notice actually works for your blog, and that it displays. If you employ other cookies, for example by adding third party features, this notice may not work for you. If you include functionality from other providers there may be extra information collected from your users.

Learn more about this notice and your responsibilities.

Posted by CaptainVector at 8:08 PM No comments: 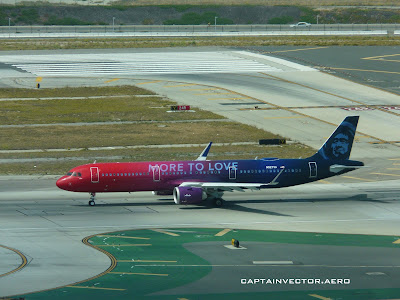 When I saw this out the window yesterday, it took me a moment to realize that while I've seen this special Alaska-Virgin America paint before, it wasn't on this airplane. 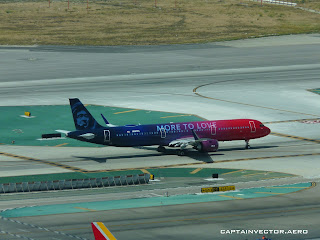 Continuing with a variation of that theme, I'll now show you this airplane, which you've also seen before: 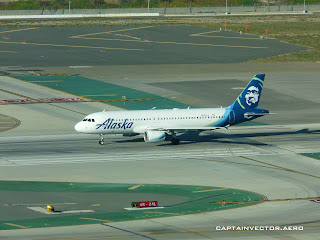 I believe that the (former) Virgin America A321s are the first A321neos at LAX. Here are a couple more: 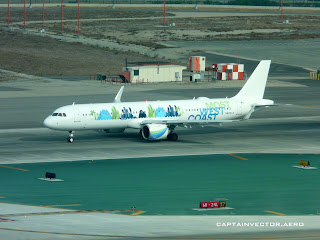 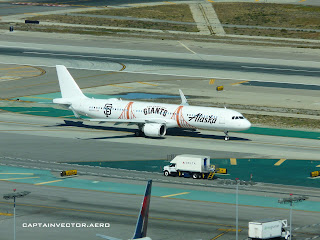 Since I missed last week's edition of Photo Friday, this week's is a double feature. Anybody see anything wrong with the new Air Canada paint? 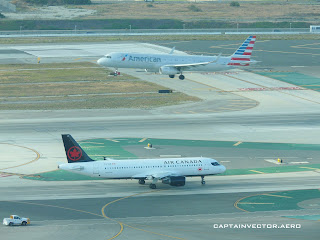 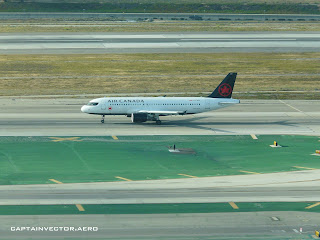 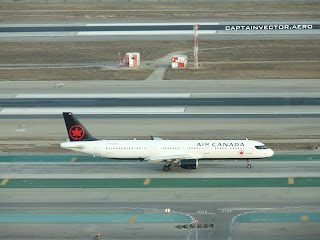 In case it's not obvious, here are a few hints: 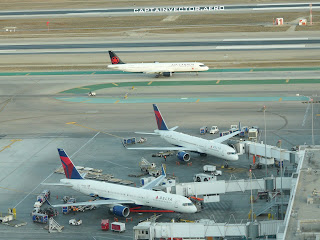 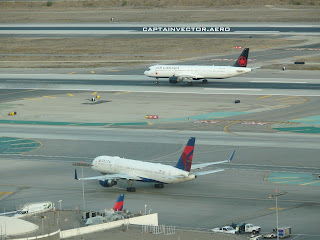 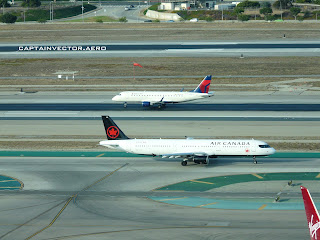 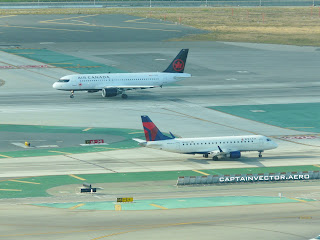 I'm guessing that either Delta and Air Canada went in half-and-half on a paint order, or one of them is picking up surplus planes from the other. If it's not one of those, perhaps Air Canada is now a subsidiary of Delta and is taking on the parent company colors (or vice-versa, I suppose). In any case, this gets my vote for the worst idea for a new livery since the SkyTeam and Star Alliance liveries were introduced: 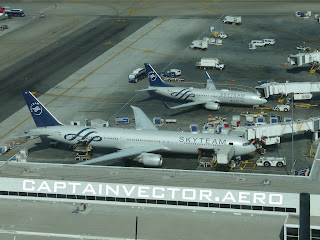 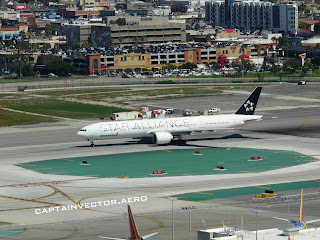 As a tower controller, air carrier paint schemes are an important tool in identifying aircraft when I'm looking out the window. Any of these liveries causes confusion when trying to make a traffic call because it's not immediately obvious who one of these airplanes belongs to. Yes, if you look closely enough, each of them actually does have the actual airline name on it somewhere, but it's comparatively inconspicuous relative to the rest of the aircraft's markings. At night especially, these paint schemes are problematic because they become more difficult to identify. A controller or another pilot should not have to spend conscious effort studying an aircraft just to figure out who it belongs to. Where this matters is when a controller tells a pilot to "Follow the Delta from your left" or some similar instruction. If the pilot receiving that instruction doesn't see the Delta name in small lettering under the windows, perhaps because from their vantage point only the rear half of the SkyTeam (Delta) airplane is visible, then they won't be able to identify that it's the airplane that they're supposed to follow. Then they sit there blocking the taxiway, waiting to follow an airplane that is already long gone.

This is enough of a problem that I teach ground controllers in training to identify the subject airplane as "Star Alliance" or SkyTeam" when making traffic calls instead of using the carrier name because that's what the pilot that they're talking to is going to see out his cockpit window. Am I being pedantic? Perhaps. Does it make for more effective traffic calls and lead to less pilot confusion? Yes, absolutely. The problem, as I mentioned earlier, is at night, when I can't see the airplane a mile away at the other end of the airport, and thus can't tell that it wears Star Alliance or SkyTeam colors. Then we're back to square one, in which I refer to the airplane by its company name because that's the information available to me on the flight strip and/or the radar display.

As a reward for putting up with all of that, here's a fun shot:

As I alluded to in the caption of the Air Canada B737 Max 8 photo, Southwest was the first carrier to bring the B737 Max to LAX. Here is one of those first B737 Max 8s seen at LAX, taken in early January of this year:

On the subject of Southwest, it's time for a construction update:

Posted by CaptainVector at 3:03 PM 2 comments: