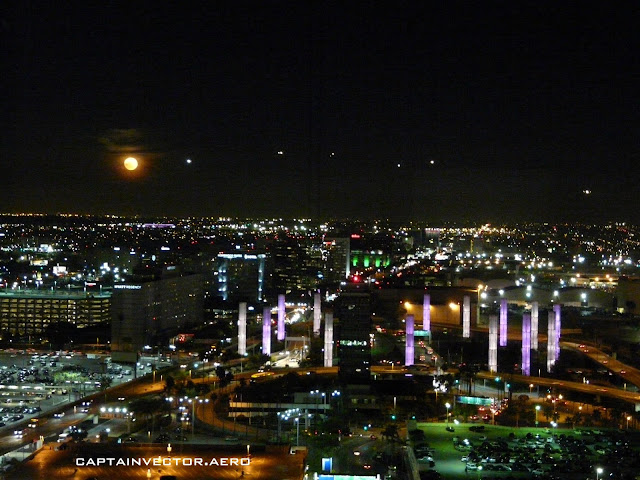 For full moon fans, 2018 is a special year: Not one, but two blue moons occur this year. The first, featured here, was in January, and was also noteworthy for being a supermoon. In some circles it was known as the Super Blue Blood Moon. The second blue moon of 2018, and the last one until October of 2020, occurs this weekend. 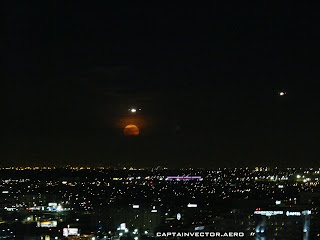 As the moon rose behind the Runway 24 Right final, it became a game to see if I could catch an arrival just as it passed in front of the moon: 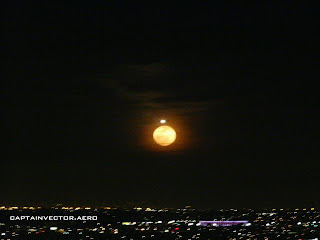 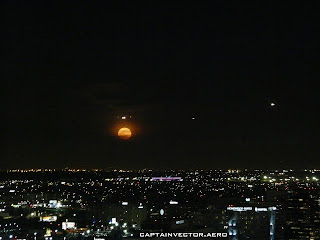 I managed to get two arrivals as they passed through the moon, but they're almost impossible to see (enhanced versions can be seen farther down): 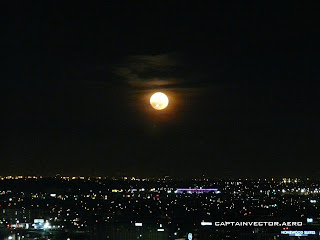 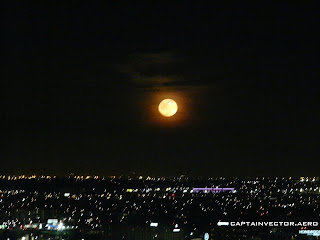 Here are tweaked versions of the earlier two shots to make them a bit more visible: 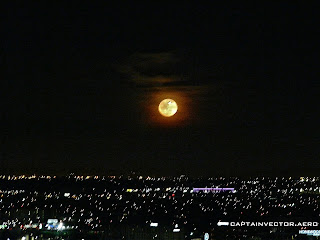 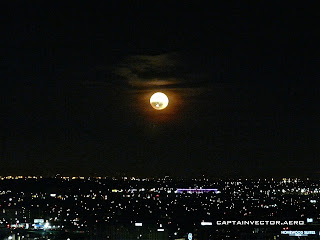 I had forgotten about this until I was going through these photos, but January's full moon was also noteworthy because it was concurrent with a lunar eclipse: 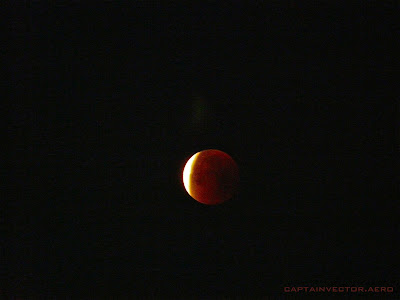 Our next lunar eclipse will take place in July, but it will not be visible in North America. The next blue moon -- the second full moon in a calendar month -- will occur on Halloween, 2020.

Happy Easter everyone!
Posted by CaptainVector at 10:01 PM 2 comments: 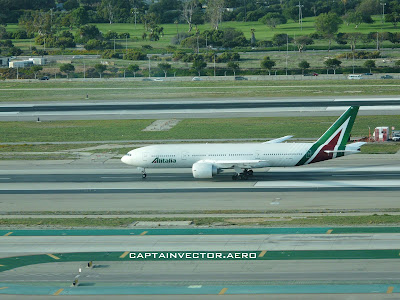 Alitalia  has returned from their seasonal break. Their new paint is a subtle change from before, and with the exception of the deletion of the green fuselage stripe, the differences aren't easy to spot in my photos. The fuselage is now an ever-so-slightly grayish white (they call it ivory) in place of the refrigerator white of before. If you look closely, you can see six graduated white stripes or bands around the aft end of the fuselage that lead into the now metallic green on the tail. I think the red on the tail is also now metallic paint. For that matter, the fuselage paint itself might actually be a metallic white. 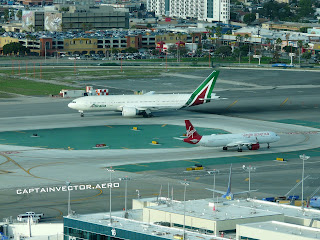 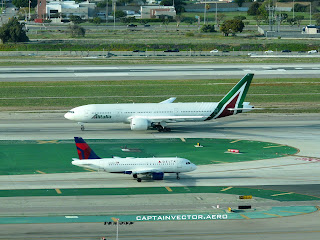 Personal curiosity about the fuselage color lead me to this blog op-ed, which includes the Alitalia  press release:

And here's another news article: 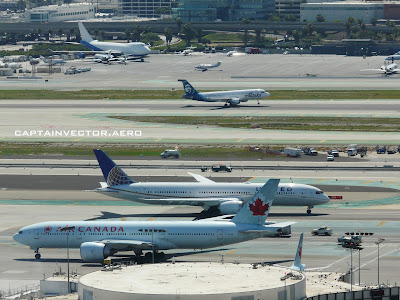 In the first post of the year, I told you of the last day of Virgin America as a separate airline. Since then, with the occasional exception of momentary memory lapses, the Redwood callsign has disappeared from our radio frequencies. The Virgin America paint lives on for now, but as promised, here are shots of the first former Virgin America airplane that I've seen in its new Alaska colors. 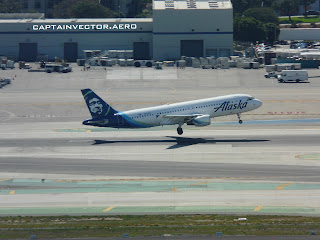 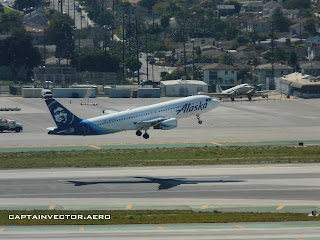 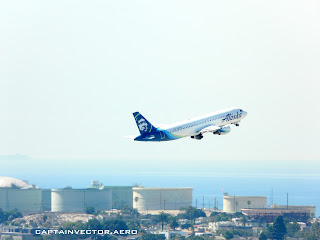 I went back into the archive and found a shot of this same airplane in its original livery. It's a little blurry in this shot, but this aircraft wore the name "jefferson airplane" 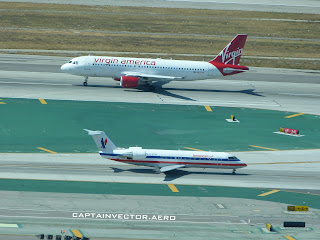 Posted by CaptainVector at 3:20 PM No comments: 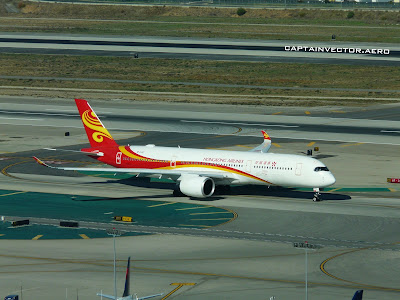 Note: This post was supposed to publish last month, but for reasons unknown it did not. So here it is, just in time for the first day of spring. Better late than never!

We've had the Boeing 787 Dreamliner at LAX for a couple of years now, but until very recently the competing Airbus model A350 could not been seen here. But that changed just a week or two before Christmas, when a new-to-LAX airline brought in the new Airbus. So new, in fact, that each time the flight arrived, the aircraft had to be test-fitted onto the gate, as we've never had an A350 here before Hong Kong Airlines introduced it. For the first week, I think the flight was assigned a different gate each time just to test-fit the different gates.

Hong Kong Airlines (callsign: Bauhinia) flies between Hong Kong and Los Angeles (approximately 15-16 hours) with the A350-900. American and Cathay Pacific also serve this route; both of them currently operate B777-300ERs. Hong Kong's A350-900s are configured for 334 passengers, while the competing B777-300ERs are  set up for 304 at American and 340 at Cathay Pacific.

The callsign Bauhinia comes from the floral symbol of Hong Kong, Bauhinia blakeana, commonly known as the Hong Kong Orchid Tree. A stylized orchid tree flower appears on the flag of Hong Kong.

If you think that you've seen that paint scheme before, you're right. We already have it on the Dreamliners operated by Hainan Airlines: 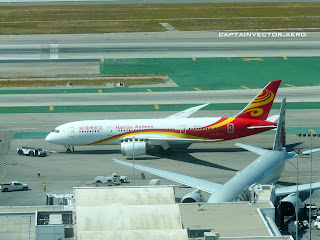 Hainan Airlines and Hong Kong Airlines are both part of the HNA Group, along with about a dozen others, none of which are present at LAX.

Posted by CaptainVector at 3:59 PM 2 comments: