Wake Turbulence: Part 1 - What is it?

A while back (more specifically, a couple of months ago), a reader sent an inquiry about an airborne wake turbulence encounter that they experienced on a flight inbound to LAX:

Thanks for this great blog. A question for you: I was on an Alaska Airlines Flight from CYVR to LAX on Sunday. We came in from the coast and headed east with LAX to our south. We expected to turn south to line up for landing, but then we rolled/banked suddenly to the left (north) what felt like 45 degrees, eliciting gasps from everyone on board. The plane felt like it was out of control at that moment, but then it leveled off. A few seconds later, the same thing happened again. After we leveled off a second time, the pilot announced that it was “wake turbulence,” and immediately banked hard to the south, then seemed to come in for a much faster than usual landing. I fly a lot and have never experienced anything quite like this. I’m curious how common this is, how serious a situation it is, and whether “wake turbulence” is just one of those things, or a hazard that could have been avoided.

Airplanes produce wakes as they fly just as boats and ships create wakes as they move through the water. Unfortunately, the wakes created by aircraft are not normally visible, thus making them very hard to detect and avoid. The easiest way to visualize an aircraft's wake is the contrails that you can sometimes see as aircraft pass at altitude overhead:


However, while the contrail makes the concept of an airplane's wake visible, the wake itself is actually something different. The contrail is generally caused by the hot engine exhaust condensing water vapor in the very cold air aloft. The wake is caused by the movement of the airplane through the air. The act of creating lift involves having air pressure below the wing greater than the air pressure above the wing. This is why airplane wings are, for the most part, not flat, nor are they symmetrical: the top of the wing is curved much more than the bottom of the wing:

There are exceptions, naturally (aren't there always?): aerobatic stunt planes often do have symmetrical wings, while high speed military jets and balsa wood models have seemingly flat wings. In these cases, the angle of the wing to the airflow is used to make the air behave as if the wing were curved more on the top than the bottom. But I digress, as I so often do . . .

The difference in air pressures above and below the wing is what creates the lift that allows the airplane to fly. The wake is created by the air's natural tendency to even out the differing air pressures. Any area of high pressure is going to flood into an area of lower pressure, be it air or water or any other liquid or gas. When the pressures have become equalized, the flow will tend to relax.

As an airplane moves through the air, the higher pressure air below the wing swirls up into the lower pressure area created above the wing. This action is particularly prevalent at the wing tips where there's no wing to block the flow. This swirling air can best be pictured as a pair of horizontal tornados that extend behind the airplane from the wingtips:

As you can see in this graphic borrowed from an FAA training publication, the vortex coming off the left wing spins one direction, whereas the vortex off the right wing spins in the opposite direction.
On occasions when the humidity is high, the sudden change in air pressure can cause the water in the air to condense, illuminating these vortices:

This normally occurs when the wing is creating a lot of lift at relatively low speed, such as approach to landing. In this photo, which I borrowed from Wikipedia, you can see the vortex created by the extended wing flap. We rarely see these at LAX because the ambient humidity is usually pretty low; my compatriots in more humid climes are doubtless more familiar with the sight. That said, here's a rainy day shot from a few months ago: 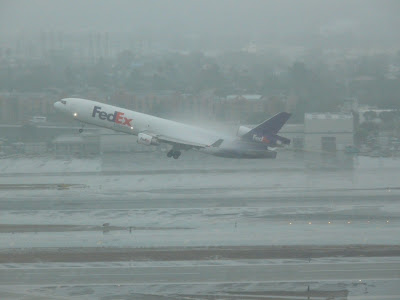 In this shot, you can see the vapor trails, as well as a foggy area just above the wing. This is condensation of the water vapor in the air, caused by the pressure drop above the wing. A wing that is not creating lift will not exhibit this localized vapor, as demonstrated by this shot of the same aircraft seen above, taken moments earlier - before it lifted off: 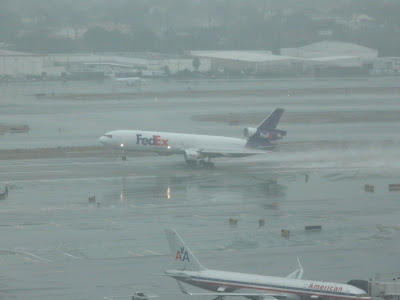 Nifty as they may be, none of these shots show the airplanes' wake; the fog above their wings is a result of the wings creating lift, and helps to illustrate the pressure differential that exists when the wings are creating lift. The vapor trails come closer to showing the wake, but the turbulence that we're discussing is another by-product of the wing creating lift, and tends to be invisible. However, in the following NASA video clips, smoke is used to show the effect of an airplane's wake:

Posted by CaptainVector at 1:23 AM 4 comments:

And we're back! I don't remember who it was that used to say that - maybe Johnny Carson - but in any case, I have returned (I do remember who said that, although I wasn't there at the time). This year's Christmas vacation was spent moving my household stuff from Memphis (where it's been in storage for about two and a half years), with a stop at the family farm in Texas. Over the past two weeks, I've been the captain of the biggest rental truck I could get: 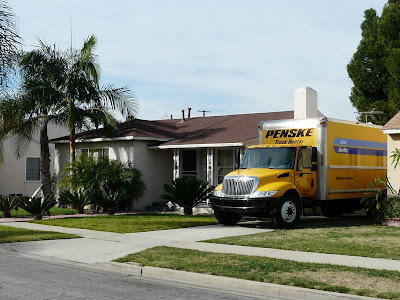 The truck's as big as the house!

While driving across the country, I've had plenty of time to contemplate various options for a narrative about the whole thing, but I think the main points will suffice:
After all the rain in Memphis and Houston, I returned to clear skies in the west. I heard that we had rain out here too while I was gone, and the mountains now have snow caps: 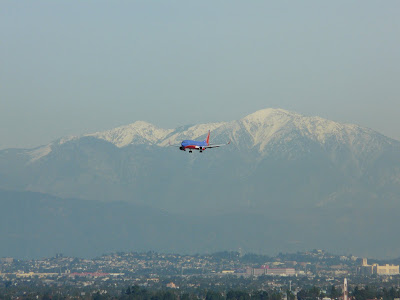 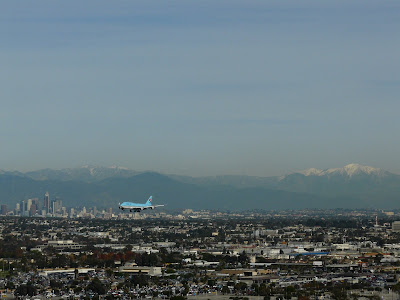 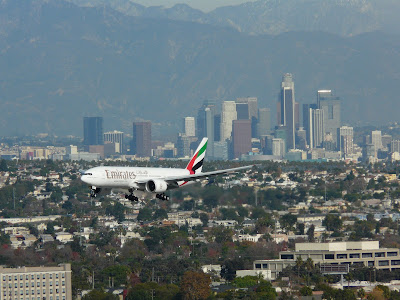 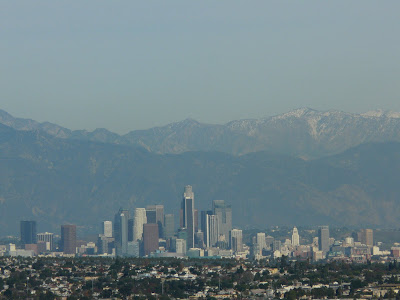 Downtown LA, as seen from the tower on a (rare) clear day. 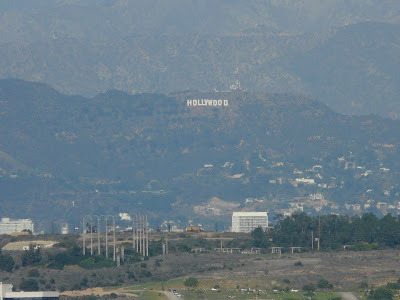 And you know it's a clear day in LA when we can see the Hollywood sign from the tower!

I hope everyone has a safe and happy holiday season - Go Saints!
Posted by CaptainVector at 8:39 PM No comments: