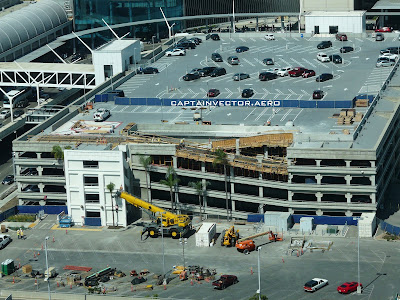 Well here we are, a solid week into June. It's probably time for a construction update. For fun, I'll start with the remodeling of the Terminal 4 parking garage, seen in the opening shot. This parking garage, which is sandwiched between the control tower and the TBIT, used to feature an active public heliport on its roof. It was common for helicopters to fly in and pick up or drop off passengers. I've been told that Robinson Helicopter, whose factory is less than ten miles away at the Torrance airport, would pick up customers at LAX and shuttle them over to the factory to pick up their new helicopter.

This changed around 2012-2013, when construction work around the TBIT and Terminal 4 required large cranes in the vicinity. The heliport was initially closed when the cranes were in operation, but the temporary closures became permanent when Los Angles World Airports (LAWA) opted to convert the roof of the parking garage into revenue-generating parking spaces. To be fair, there was undeniably a need for additional parking capacity at both Terminals 3 and 4. Despite that, the roof of the parking garage was used by law enforcement helicopters in the wake of the Terminal 3 shooting in November, 2013. Since then, there has been an emergency-use helipad on the southeast corner of the parking garage. As you can see in the above photo, that has now been closed to allow for construction of vehicle access ramps.

Now for the mid-field concourse construction: 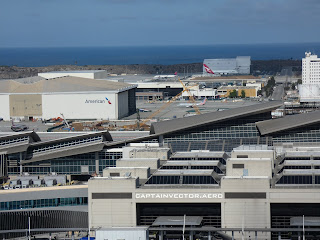 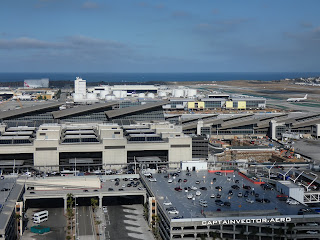 And here's the current state of Terminal 1: 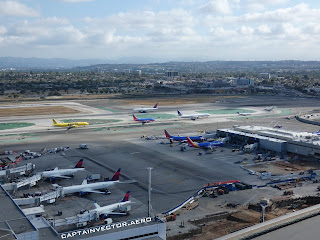 There is more to discuss on the topic of construction, but I'll leave it there for now. To close, a couple of shots of an airplane that I've only before seen at night. As it is, these photos were taken shortly before dusk under the marine layer, so the camera was struggling to focus with the poor light and movement. I've tweaked the first shot, while the second one is pretty much how it came out of the camera. This Hainan Airlines B787 Dreamliner sports a bevy of pandas: 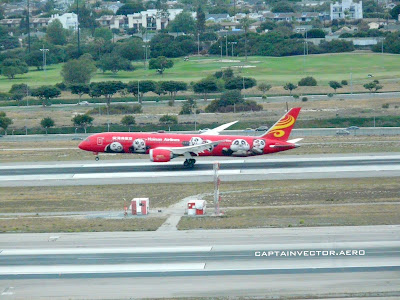 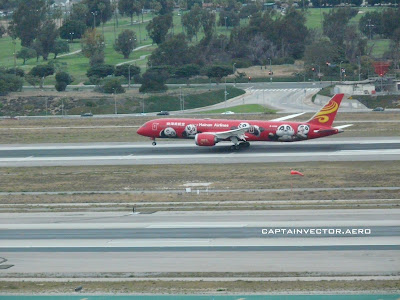