Revealed: What's so special about this picture 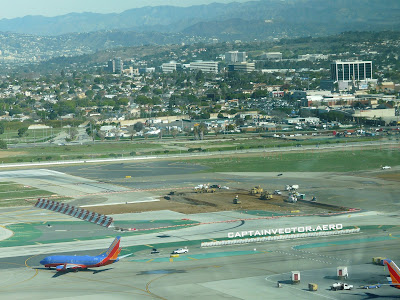 With several red herrings in this photo, this one was a little sneaky. The obvious one is the big hole where the runway used to be -- and will again, someday. Another is the Hollywood sign visible near the top of the shot - a clue that this is not a summertime photo. Yet one more is the tailwind indicated by all the flags in the construction zone.

But when I gave you a hint yesterday, a better hint would have been that there is more than one airplane in this picture: 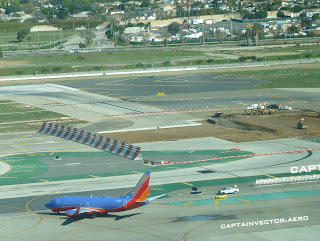 It's really hard to spot, so here's the next shot I took: 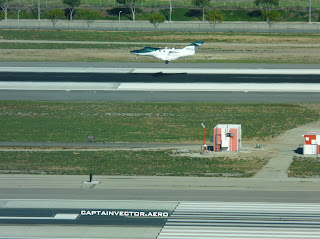 "It's a little jet. So what?" I hear some of you saying. Some of the rest of you have guessed at it already, and the registration is just barely clear enough to read in this photo that I may as well tell you that this jet is a Honda. Or, to be more correct, it's a HondaJet.

The Honda HA-420 has been in development since the late 1990s, and first flew in 2003. The FAA certified the airplane in December, 2015, and production is already underway in Greensboro, North Carolina. This visit to LAX was a test flight, and as far as I know, the first time a HondaJet has been seen at LAX. 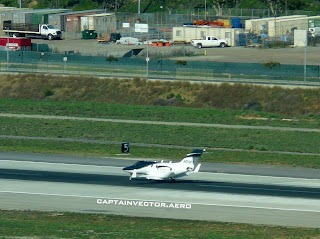 What makes the HondaJet noteworthy is the way the engines are mounted. Instead of being stuck on the side of the fuselage, each engine is on a pylon that extends above the wing. It's hard to see in these shots, so here's one more: 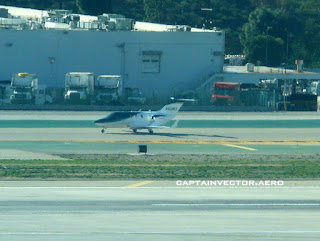 For a much better view, check out some of the photos at Honda's website:  http://www.hondajet.honda.com/
Posted by CaptainVector at 4:20 PM No comments: