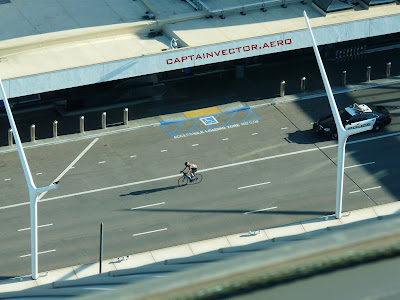 I've been working the midnight shift lately. Most shiftworkers call it the graveyard shift, but it seems rather untoward for your air traffic controllers to work "the graveyard."  We generally call it the "midshift" or just "the mid."  As you might imagine, photo opportunities are rather slim while working the mid. In the current COVID-19 condition, we are not allowed to hang out before or after our assigned shift for anything as trivial as photographs, and coming in on your day off is likewise not allowed. But I did find some shots from my previous rotation earlier this month that are worth sharing.

I caught the opening shot a couple of Saturdays ago. Saturday afternoon is slow at most airline airports, but you know things are quiet when a guy is able to just cruise through the airport on his bike. This would be suicidal during normal times - if the taxis didn't get him the shuttle buses would!


I have talked about similar callsigns, but not often am I able to catch them like this: 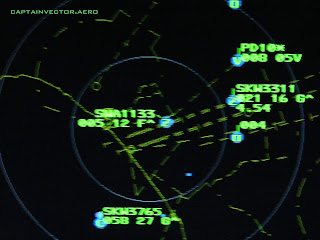 I apologize for the fuzzy shot; this was the best of three attempts. To clarify: SWA1133 is short final for Runway 24 Right, with SKW3311 about four miles in trail, following him down the final.

All of the airlines have good portions of their fleets in temporary storage. We have a few on the ground here at LAX. The first shot shows five American B737-800s in what used to be Delta's maintenance ramp (Delta maintenance has now relocated to the far west end of the airport, where they have a hangar on the shared ramp next to the new Qantas maintenance hangar - where about half of the Qantas A380 fleet is waiting out the COVID slowdown). The second shot shows another five Americans, but A321s this time, parked in the ramp for what is usually the American Eagle terminal. If you look closely, you can see that some of the A321s have their engines sealed off with plastic. Behind the Americans is a collection of United aircraft. Not all of the Uniteds are grounded, as that is also their maintenance ramp. 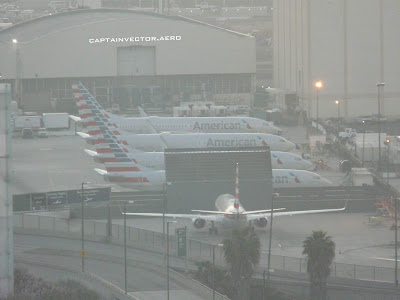 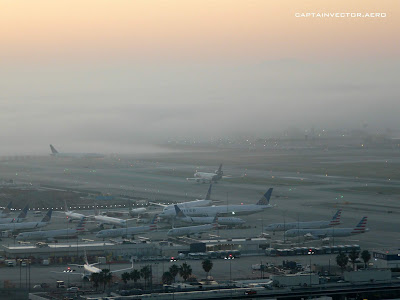 One advantage of the lengthening spring days is that I do have a little bit of light just at the end of my shift. That's how I got the two shots above, as well as this sunrise arrival: 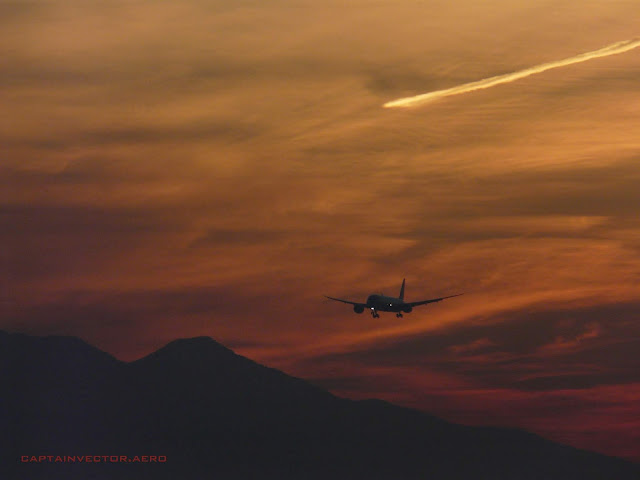 Posted by CaptainVector at 3:22 PM No comments: