We're coming up on one full year of the new COVID "normal" at LAX. The vaccine is becoming available, and a few of our controllers have already received theirs. The airlines have yet to experience a strong growth in traffic, although there are hopes for this summer. Nonetheless, the TSA is gearing up for a spring break surge, even though travel restrictions remain in place around much of the world. So far, the New Year's weekend was the busiest we've been since last March: 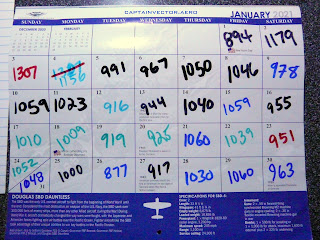 Since then, our daily traffic count is holding steady at around a thousand operations per day: 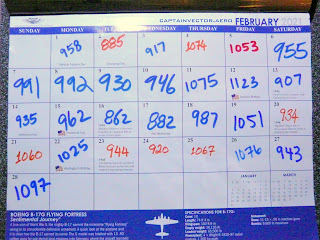 In other news, the Boeing 737 MAX has returned to LAX. So far, I've personally seen Maxes from AeroMexico, COPA, United, and Alaska. American, Southwest, and Air Canada are all beginning to bring their Maxes back on line as well, so we should see them sometime later this year.

Construction continues unabated. As I write, one of the runways on the south side is closed for a couple of months for concrete repair: 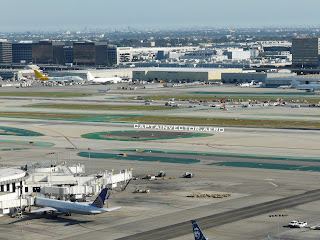 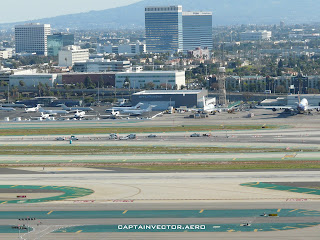 Meanwhile, we have two new north-south taxiways on the west side of the MSC. There are aircraft parking at the MSC now, but so far they are simply parking there; passenger operations have yet to begin. The MSC ramp control has gone live, relieving the control tower of responsibility for the gates along the west side of the TBIT, along with Taxiways K & L. They have a much better view of these, as I got to see for myself a while back when we briefly had to operate out of their facility one night:

Despite all this talk about construction and other minutiae, this is an airport, so I'll conclude with a sequence of airplane shots: 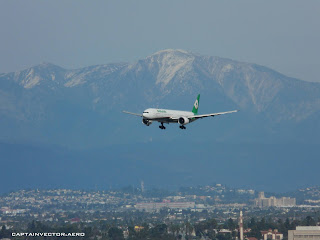 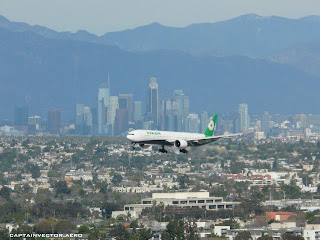 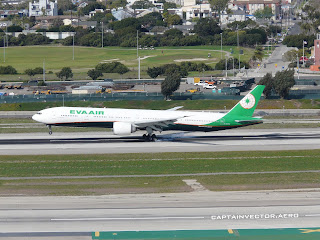 Posted by CaptainVector at 10:40 PM 8 comments:

I'm not dead yet 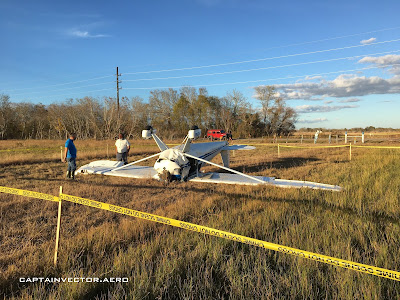 Ha! Made you look!
Let me start by saying that I'm fine. That's not my airplane, and I wasn't in it when this happened. I was supposed to be, but that's a story for another time. Nobody died, but nonetheless this event put a real damper on the holiday season for several families. I tell you all of this because I was there, and I was one of the people who had to take care of things in the aftermath.
So let me ask you: If something happened to you right now, would your friends and/or family be able to figure out what to do? Who to call?
For example: You have insurance on your car/bike/boat/plane/horse, but does anyone else know how or where to find that information? What about your medical and prescription information? You have pets (or kids) at home; is there someone who can get in to take care of them if you don't come home?
The day that this happened, all of the officialdom was done with the scene by around sundown. At that point, it became someone else's responsibility to clean up the mess. The police and fire departments don't do that. I supposed that Henry*, the friend who had been loaded into the back of the ambulance some six hours earlier, had insurance on his plane. I also assumed that the insurance company would now own the airplane, but I didn't have a clue who they were nor who to call to get the ball rolling on getting it out of the field. None of that information was found in the airplane.
I was with Evan, another friend, and we knew that there were three cats left alone in the house. There were no keys found in the wreckage either, so they may have still been in Henry's pocket when he went to the hospital. This being the age of COVID, there was no possibility of us visiting him there to get his keys. Fortunately Thelma, his lady friend, had a spare key to his place, so after finishing at the scene we traveled to her house on the other side of town** to fetch it and try to lend some encouragement. We then traipsed across town again to Henry's place, where the cats were annoyed that there were strangers in their house -- not to mention that their dinner was very late.
By the time the cats were fed, it was getting rather late and I still had to get across town once again back to where I was staying, so Evan and I agreed to meet at Henry's the next morning and try to sort things out.
The next morning, I got lucky: it only took me about ten or fifteen minutes to find the paperwork for the airplane, including the insurance. The airplane's paperwork was important, because besides notifying the insurance company, the FAA also wanted to have a look at the maintenance records. To be honest, if it hadn't happened then, I don't know how long it would have taken, because I'd checked all the obvious places. Who keeps insurance paperwork on their living room coffee table? Henry, that's who!
In any case, by the time Evan showed up I had already phoned the insurance people to fill them in on the situation. They said that they would take care of collecting the airplane. Evan and I then searched for prescription medicines, because Thelma had told us that she knew Henry was taking some, and needed to know what they were for when she spoke with the hospital. We thought we had found everything until we called her to report, and she said that there should have been one more. That one took us another couple of hours to find.
The final item of business, at least in the short term, was to secure help taking care of the mail and the cats. Henry and Thelma live on opposite sides of town, and she doesn't like to drive at night. Evan lives closer, but not much. I live in a completely different state. So we needed an accomplice, ideally one of Henry's neighbors, who we could enlist for daily assistance. Evan and I compared notes on the neighbors that we knew about. We don't know that many, and it didn't help that a good number of them were not on good terms with Henry for one reason or another. We were finally able to track down Vincent, who was fond of cats and was willing to take care of Henry's and look after his place. I wonder, nearly three months later now, how willing he still is -- I don't dare ask him!
The events I relate to you here played out over a couple of days. I spent an evening putting it down for you, and it took you perhaps five minutes to read it. But again I ask you to consider the questions I raised earlier. Evan and I have compared notes, and we got really lucky -- there are so many ways that this situation could have been much, much worse. Not being able to find needed information in a timely manner is near the top of that list. So I encourage you to take some time to assemble a list, or perhaps a file, of things that someone may need to know if you're suddenly unable to tell them. Then put it in a place somewhere that they can easily find it. Finally, let people know that it exists and where it is. Ideally this would be people unlikely to suffer whatever might befall you, but whom you trust to take care of things while you're unable. It's not happy to think about, but you'll feel happier once it's done.
*  The story I relate here is true; only the names have been changed to protect the innocent.
**  Each of the locations in this tale are about an hour's drive apart in ideal conditions.
Posted by CaptainVector at 10:50 PM 4 comments: