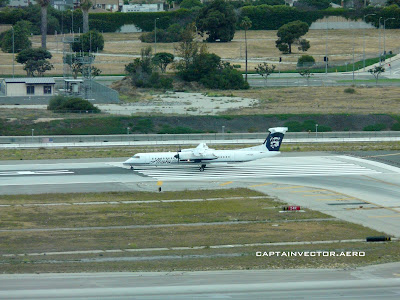 For over a decade, Horizon Airlines has operated at LAX exclusively with the Dash 8. Also known as the Q400, this 76-seat turboprop was originally developed by deHavilland Canada and is now being produced by Bombardier. A couple of years ago, Horizon announced that the Embraer 175 would be added to the fleet, and this week they began to appear at LAX: 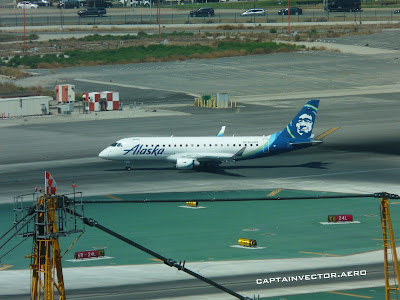 The E175 has the same number of seats (76) as the Dash 8, but in a three-class arrangement as opposed to the single-class seating in the Dash 8. The plane spotters among you may have noticed that we already have E175s in Alaska colors at LAX; however until this week those were all operated by SkyWest.

And, for those of you playing the home game: There's something somewhat unusual happening in the shot of the Dash 8; can you spot what it is?
Posted by CaptainVector at 11:00 PM 4 comments: 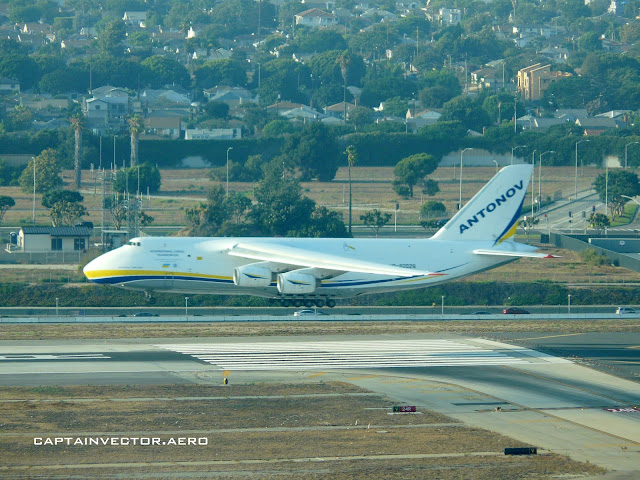 Today's post is unusual in that it's rare that I get to show you photos the same day that they were taken. But it's also rare that we have an Antonov 124 arrive on the north complex. However we had one this evening, and here it is. 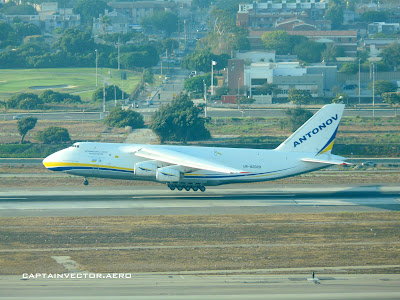 Under most circumstances, the airport will coordinate with the tower that they are expecting an AN-124 arrival, and the tower will in turn coordinate with the radar arrival sectors to set the aircraft up to land on Runway 25 Left. That's because the Antonov is almost always parked on the Imperial Terminal ramp, adjacent to the Flight Path Museum on the south side of the airport. Runway 25 Left is the nearest runway to that ramp, and getting to that ramp after arriving on Runway 25 Left is about as easy as anything gets at LAX. 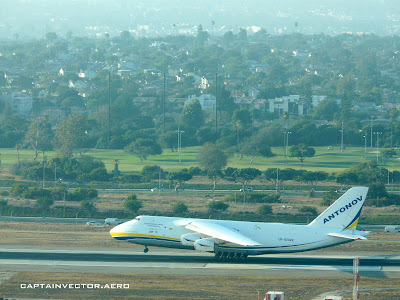 Today's Antonov arrival was, as usual, destined to park on the far south side of the airport. But for whatever reason, it showed up on final for Runway 24 Right. 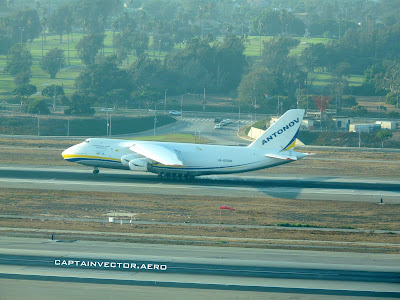 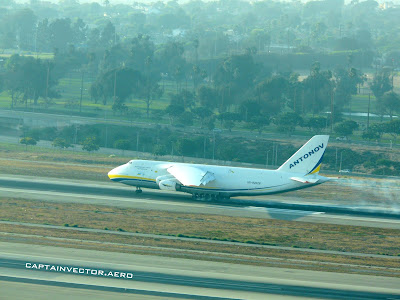 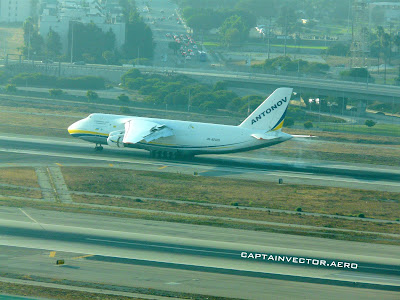 As you can see in these last couple of shots, this was fairly late in the afternoon and the angle of the sun played havoc with the camera shooting through the tower windows. Nonetheless, this seemed worthy of sharing. 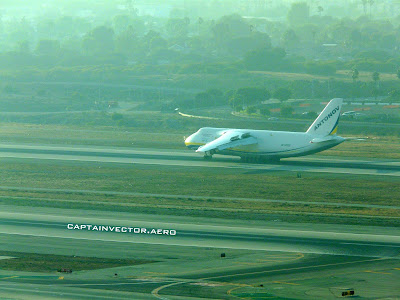 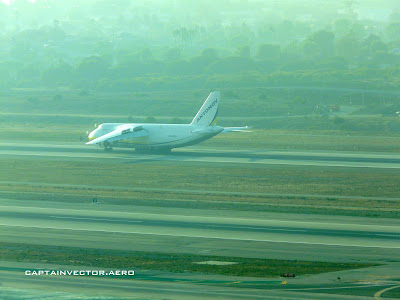