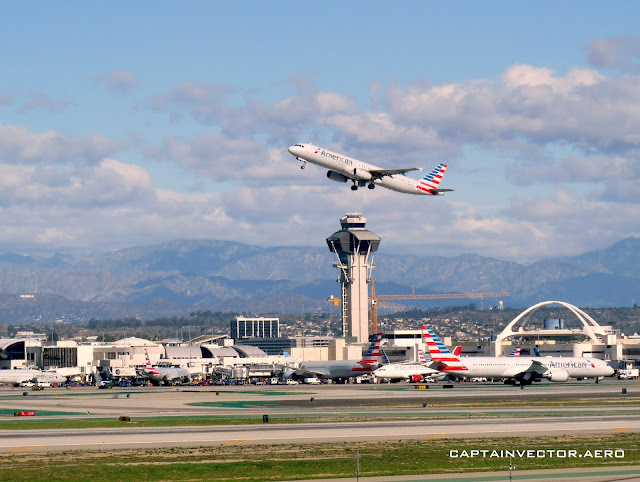 It's almost 2019, but there's just time enough for one more post to wrap up 2018. This has been a busy holiday period at LAX; we've been averaging about 2,000 flights a day for the last couple of weeks. Once we make it into the first full week of the new year, that volume will taper until we spool up for the next busy period around spring break.

The opening shot was taken on Christmas day, which was an absolutely perfect day for photography. My actual target that day was this aircraft: 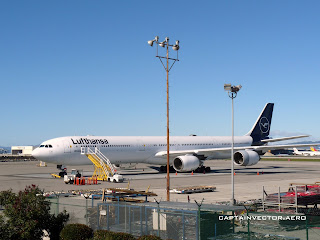 I have seen the new Lufthansa logo only a few times at LAX, almost exclusively on cargo aircraft. There have been scant opportunities to actually photograph the new logo however, so when I spotted this A340-600 parked on the Imperial Terminal ramp, I made a special trip for these shots. 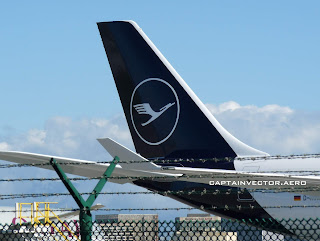 While it looks nice in an inoffensive sort of way, I personally feel that this new logo lacks the iconic appeal of the former yellow circle. The flying crane logo itself is 100 years old; it was created in 1918 by Otto Firle. The circle of "Lufthansa yellow" was added about 50 years ago in the 1960s by Otto Aicher. The new livery is an unfortunate addition to the "Eurowhite" trend of white aircraft with the only color being on the vertical tail.  Dezeen article 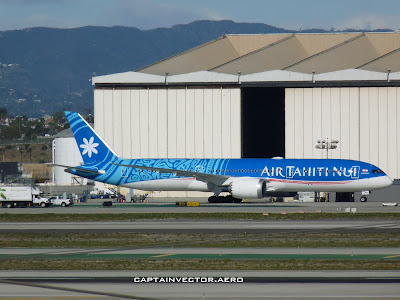 Fortunately, Air Tahiti has not seen fit to follow the Eurowhite trend with their new Dreamliners. We have seen one or two of these at LAX; by the end of next year they will have completely replaced Tahiti's current fleet of A340-300s. 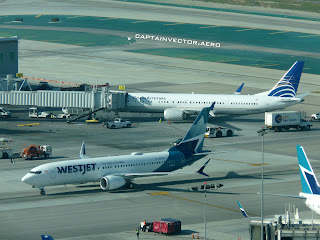 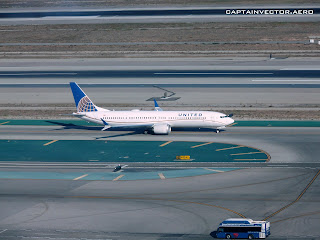 Speaking of new airplanes, the B737 MAX is becoming more common at LAX as more carriers add the MAX to their fleets. Southwest was the first, followed by American. Here we see United, WestJet, and Copa MAX's. United was the first to bring in the -9; now Copa has them here as well.


I couldn't end 2018 without one more round of construction photos:

Before I go, I'd like to congratulate our newest journeyman controller, JP, who passed his final checkride this morning. Now the real work begins!

Thank you for following along with me thus far; my new year's resolution is to be a bit more consistent with my postings in 2019. Stay tuned -- and have a Happy New Year!