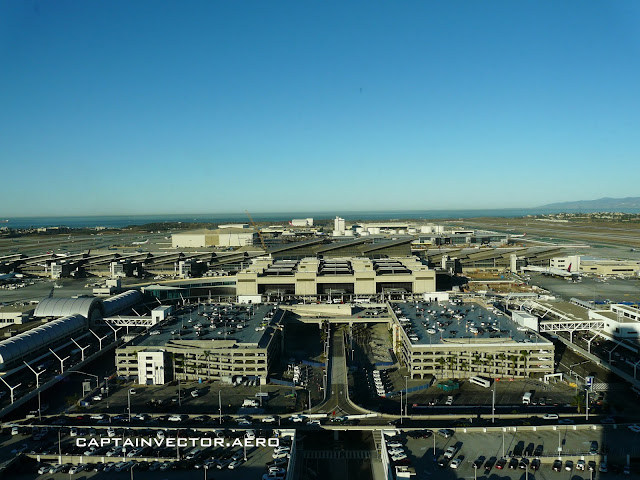 I'll start this edition of Photo Friday with this morning's view to the west from the control tower. Hidden between the two parking garages is another construction site, this one in preparation for the people mover that will run down the center of the terminal complex. Beyond the roof of the TBIT, you can see the MSC project coming along. Better shots of that below: 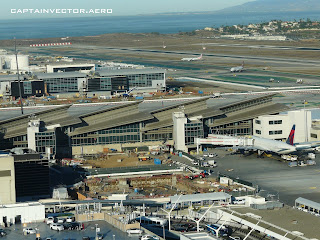 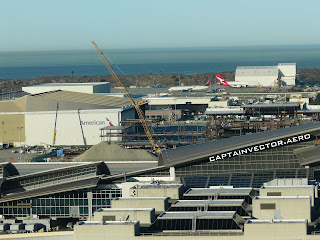 And here's an update on the Terminal One construction. The concrete is coming in for Gate 12B; the jetway is already in place. The Terminal One point Five project is still a hole in the ground, but work is underway for the connection to Terminal One: 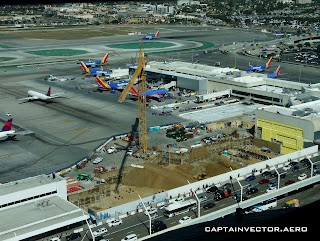 This week's bonus shots come to you courtesy of an anonymous coworker. I usually leave my camera at the tower in case somebody sees something interesting and has a chance to get a shot. When I uploaded the memory card this afternoon, I saw this shot: 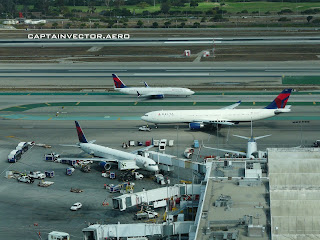 I didn't see any thing really noteworthy at first, but then I looked at the next one: 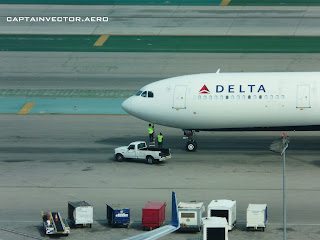 This one looks worthy of a snappy caption, so please send in your suggestions via the comment form and I'll share them with you next week!
Posted by CaptainVector at 7:34 PM 6 comments: 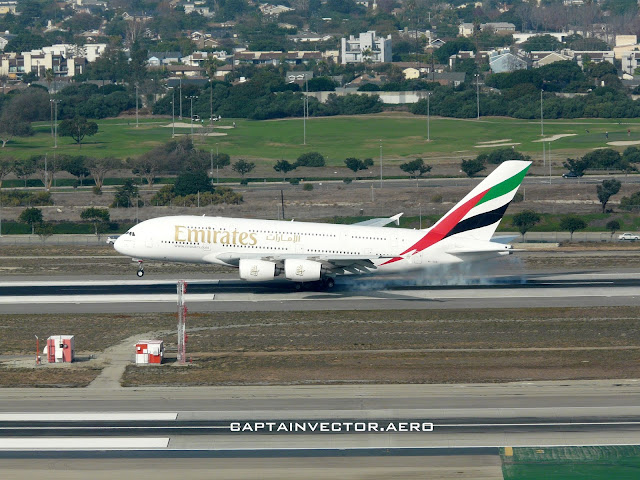 Emirates operates the world's largest fleet of Airbus 380s, and we get to see one everyday at LAX. With a fleet of over 100 A380s, there are bound to be some with special liveries - and here are a few of them. The opening shot is the standard Emirates paint scheme on an A380 arriving on Runway 24 Right. 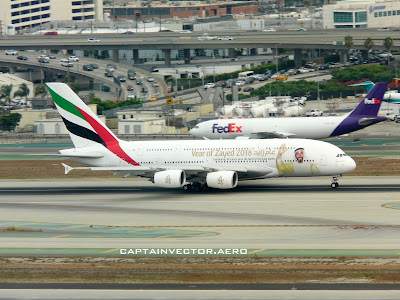 This shot is special in two ways: Besides the special Year of Zayed 2018 livery, it also shows an A380 departing from Runway 25 Left. Of the various A380 operators at LAX, Emirates is the most likely to require Runway 25 Left for departure. 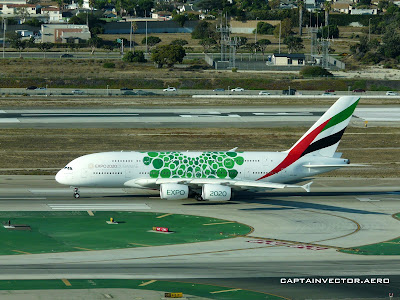 Dubai will be hosting Expo 2020, and there are several A380s with special markings to mark the occasion. This particular aircraft wears green; I have also seen one with similar markings in blue, and I've been told that there are also some in orange. 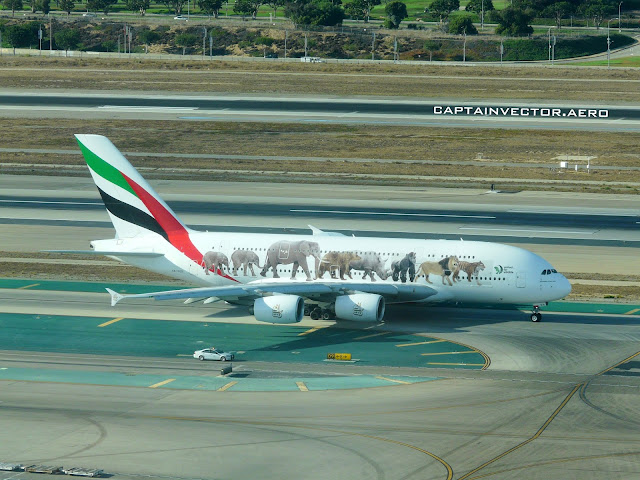 This one is my favorite. United for Wildlife is a global collaboration of seven of the world's leading wildlife charities and the Royal Foundation of the Duke and Duchess of Cambridge. 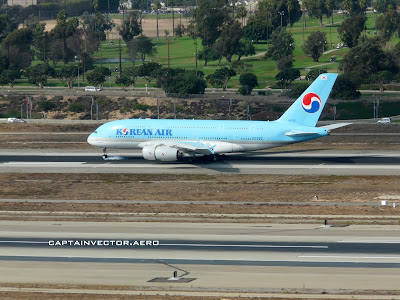 Email ThisBlogThis!Share to TwitterShare to FacebookShare to Pinterest
Labels: A380, Emirates, UAE 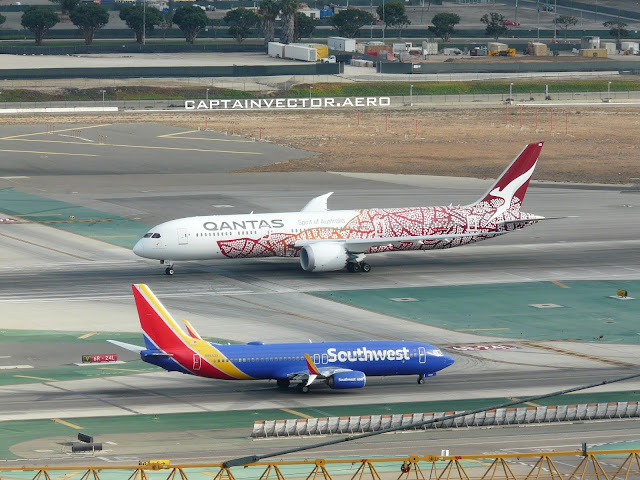 Qantas has been replacing their B747s at LAX with new B787-9 Dreamliners. Just last month we saw the last Qantas B747 flight between LAX and JFK; that route is now covered with the Dreamliner. There will still be Qantas B747s at LAX for a couple more months, but they are expected to disappear from the LAX scene by the end of this year.

This new Dreamliner has been on the LAX-JFK route several times recently. It's named Emily Kame Kngwarreye, in honor of the artist. 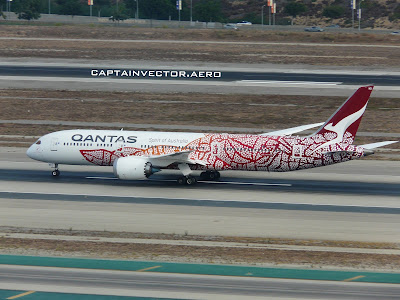 Qantas retires another 747 to California desert 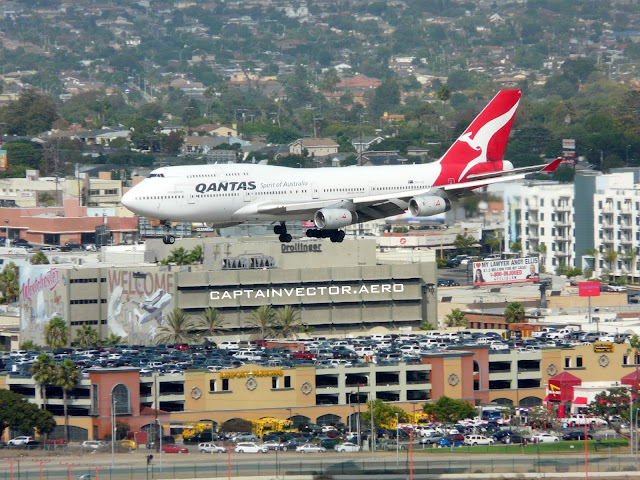 Email ThisBlogThis!Share to TwitterShare to FacebookShare to Pinterest
Labels: B747, B787, B787-9, B789, Dreamliner, Qantas, QFA
Newer Posts Older Posts Home
Subscribe to: Posts (Atom)