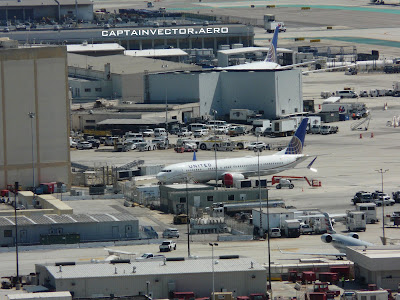 I thought about calling this post "Before & After" but it doesn't really fit, since today's shots are more accurately described as "Then & Now." In this case, "then" was about two months ago in early March, and "now" is this week in early May. In the opening shot is a United B737 Max that has been interned here for the duration of the grounding of the 737 Max series aircraft. Now we have two of them here: 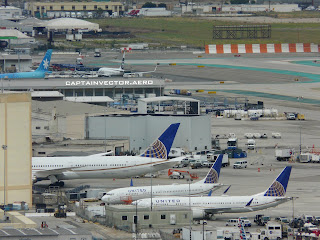 A couple of months ago, this was the status of the Midfield Satellite Concourse construction: 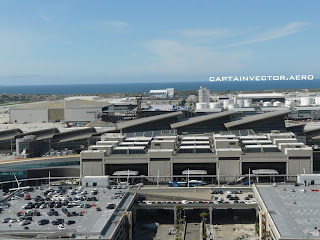 In this shot taken this afternoon, you can also see that there has been progress on the people mover project between the parking garages. I don't know where all the palm trees went, but they're not here anymore. 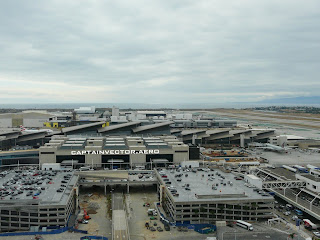 Here are a couple of views of the progress on the southern end of the MSC. Notable is the control tower for the ramps and taxilanes. As things stand now, this "ramp tower" will not be staffed by the FAA, but will instead have city employees. 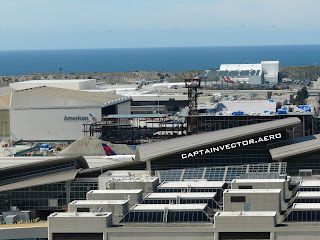 The southern end of the MSC itself has gone from a steel framework in March to nearly dried-in: 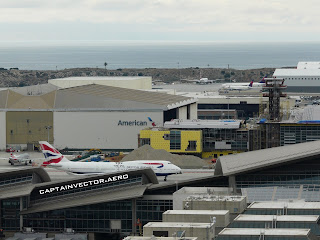 This pair of shots looks at the Terminal 1.5 project. Again, we see March followed by May: 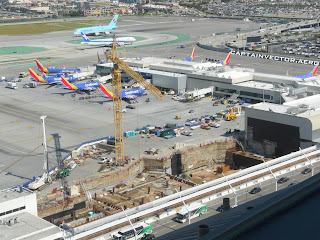 Besides all the progress in the hole, take a look at the parking lot just beyond Terminal One. This is the beginning of the Concourse Zero project. I'm not making that up - that's what they're calling it! 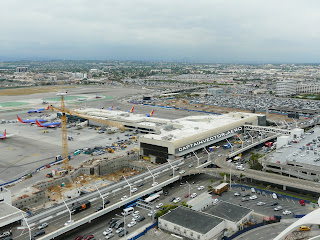 And now, for something completely different: 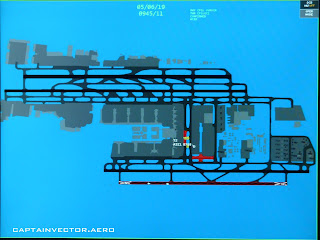 I grabbed this shot of our ground radar display at a quarter to three in the morning a few days ago. It's somewhat surreal to discover that at the busiest airport on the west coast, one of the top-ten busiest airports in the world, there are moments when there is absolutely nothing moving. No planes, no trucks, no tugs, nothing. The only vehicles at all are the construction crew on the closed runway.

Posted by CaptainVector at 12:14 AM 5 comments: