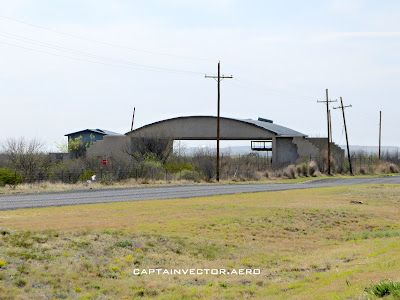 I recently saw this abandoned hangar. In the vein of the kids' game, where's CaptainVector? And for bonus points, what's the story behind this?
Posted by CaptainVector at 10:34 AM 9 comments:

Rainbow shot of the day 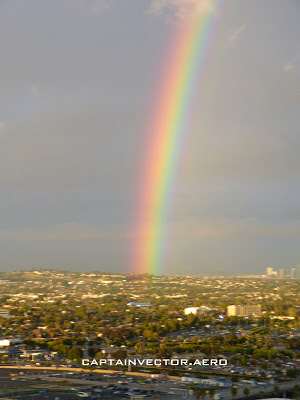 You gotta look close, and it's not exactly in focus, but the pot of gold at the end of yesterday's rainbow looks amazing similar to an Air Canada E190! Have a good weekend!

P.S. - A reminder for those of you in the portions of North America that observe Daylight Saving Time: It's that time again! Time to spring forward an hour, so Sunday morning (or tonight, before you go to bed), set your clock ahead one hour or you'll be late!
Posted by CaptainVector at 6:40 PM 1 comment:

Pilot quote of the day 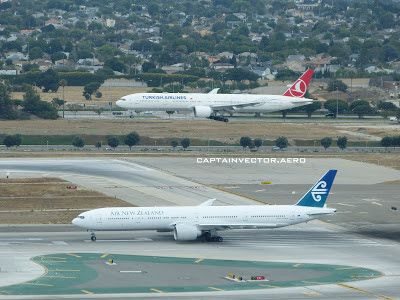 I heard this recently while working ground control: 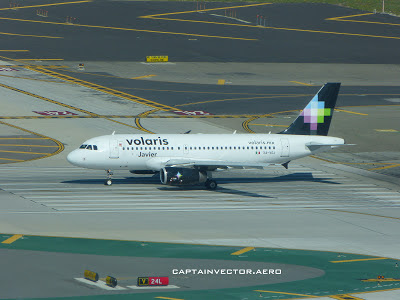 Airline destinations change throughout the year, as some carriers are seasonal at LAX, as are some routes. For example, Alitalia is currently on hiatus, and they're the only carrier that goes direct to Rome. Likewise, Alaska, American, and United are all currently offering service to various ski destinations; these flights will disappear when the snow melts. Recently, I've noticed some new destinations for flights leaving LAX. We don't normally get any special notice in the tower about this sort of thing, it just happens and we keep working.

Last fall, Mexican carrier Volaris started service to Uruapan, Mexico. Like Denver, Uruapan is nearly a mile above sea level. Unlike Denver, Uruapan has one runway, and one airline: At present, Volaris is the only carrier flying into Uruapan, and LAX is the only international destination. Flight time is about three hours. Uruapan is in the state of Michoacan, and is the second-busiest airport in the state behind Morelia, which is also served from LAX solely by Volaris.

One funny note is that the ICAO code for Uruapan is MMPN, but when you put MMPN into the Google, it brings up links to the Medical Marijuana Patients Network. The airport's IATA code is UPN, which happens to also be better known in the US as a now-defunct TV network. 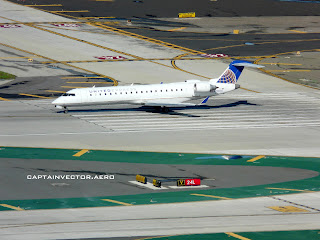 Meanwhile, on the south side of the airport, United has begun service to Hayden, Colorado, and Kelowna, British Columbia, Canada.  Both routes are being flown by SkyWest in CRJ7s. The Hayden flight is about an hour and a half, while the Kelowna flight, like Volaris' to Uruapan, is double that time at three hours. Hayden, Colorado, is even higher than Uruapan: About 6,600 feet above sea level. All three of these are single-runway airports, Kelowna being the busiest by a wide margin. I suspect that Hayden may be another seasonal destination, and that we won't see that flight during the summer months. 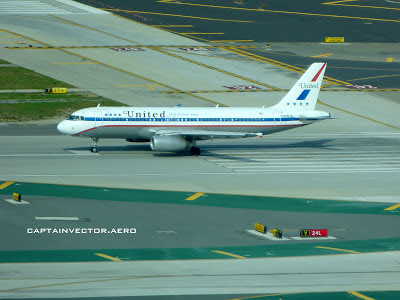 With all the mergers in recent years, it's nice to see airlines remembering their roots with the occasional retro livery. Plus, it makes for a pleasant change of scenery when looking out the window! 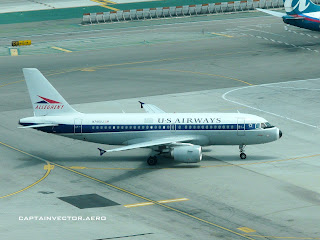 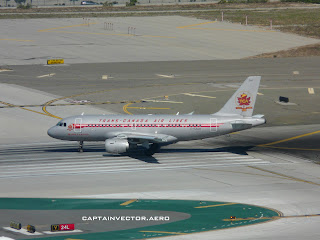 Posted by CaptainVector at 3:20 PM 4 comments: