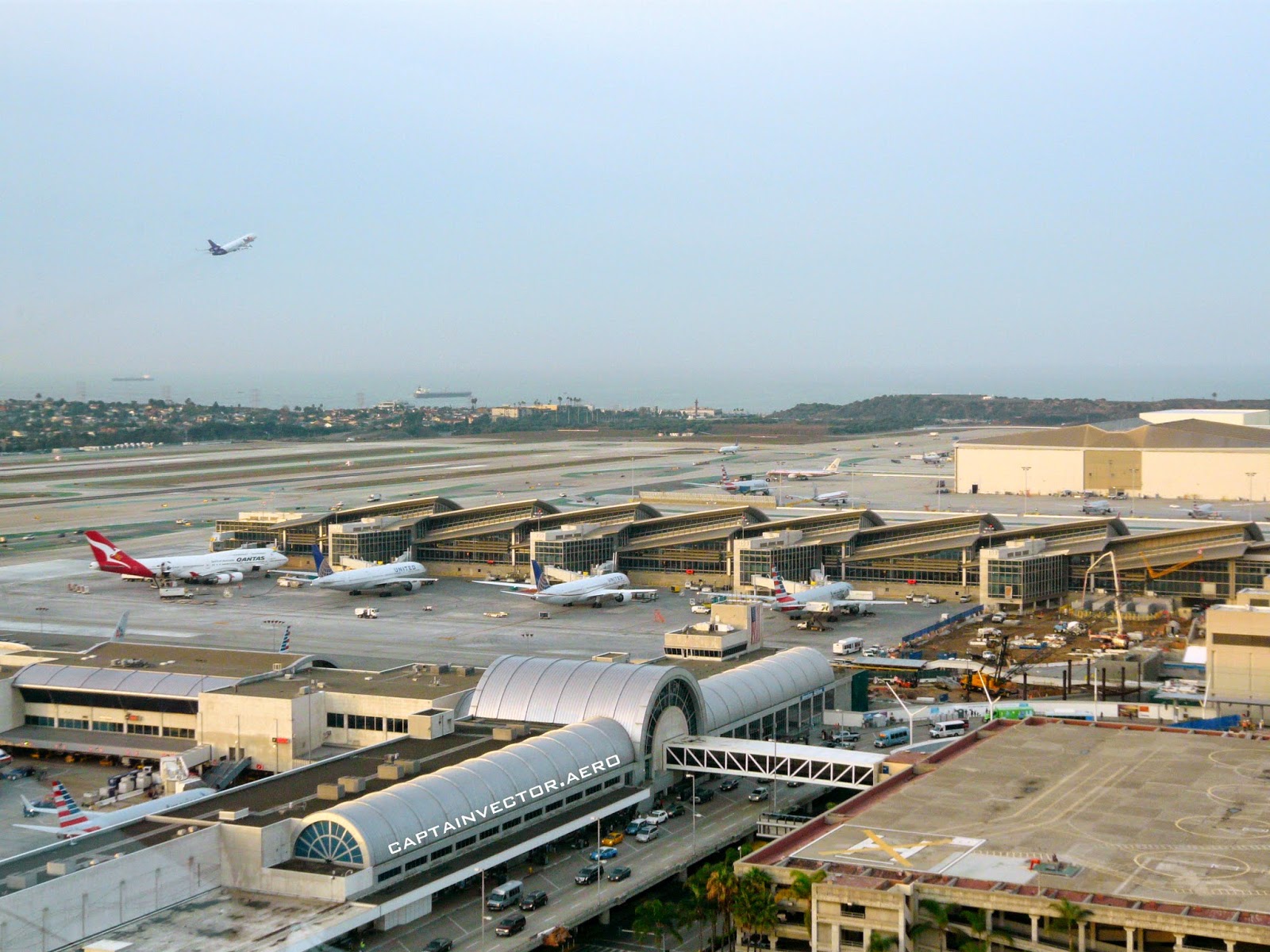 After my previous post about the construction on the Tom Bradley International Terminal, it occurred to me that I had neglected to show you the newly-opened gates on the east side of the southern wing of the new TBIT. These gates are accessed via the C-10 alley, which also serves the west side of Terminal Four. In this shot, taken early this morning, all four of the new gates are occupied. The Qantas B747 is on gate 159, which can handle an A380. Next is a United B777 on gate 157; the adjacent United Dreamliner is on gate 155; and the American B777 is on gate 153. To the right of American, you can see where there is provision for one more gate (151), although it clearly is quite some time in the future.

Those of you who have been keeping track have no doubt noticed that we lost a gate in the process: Before the renovation, the C-10 wing of the TBIT had six gates: 101 through 106. Right now, we have the four you see, with a fifth to come. This loss is certainly offset by the five new gates on the west side of the southern wing (148-156).

Meanwhile, on the north side, the jetways have been removed from the recently closed gates in the D-10 alley: 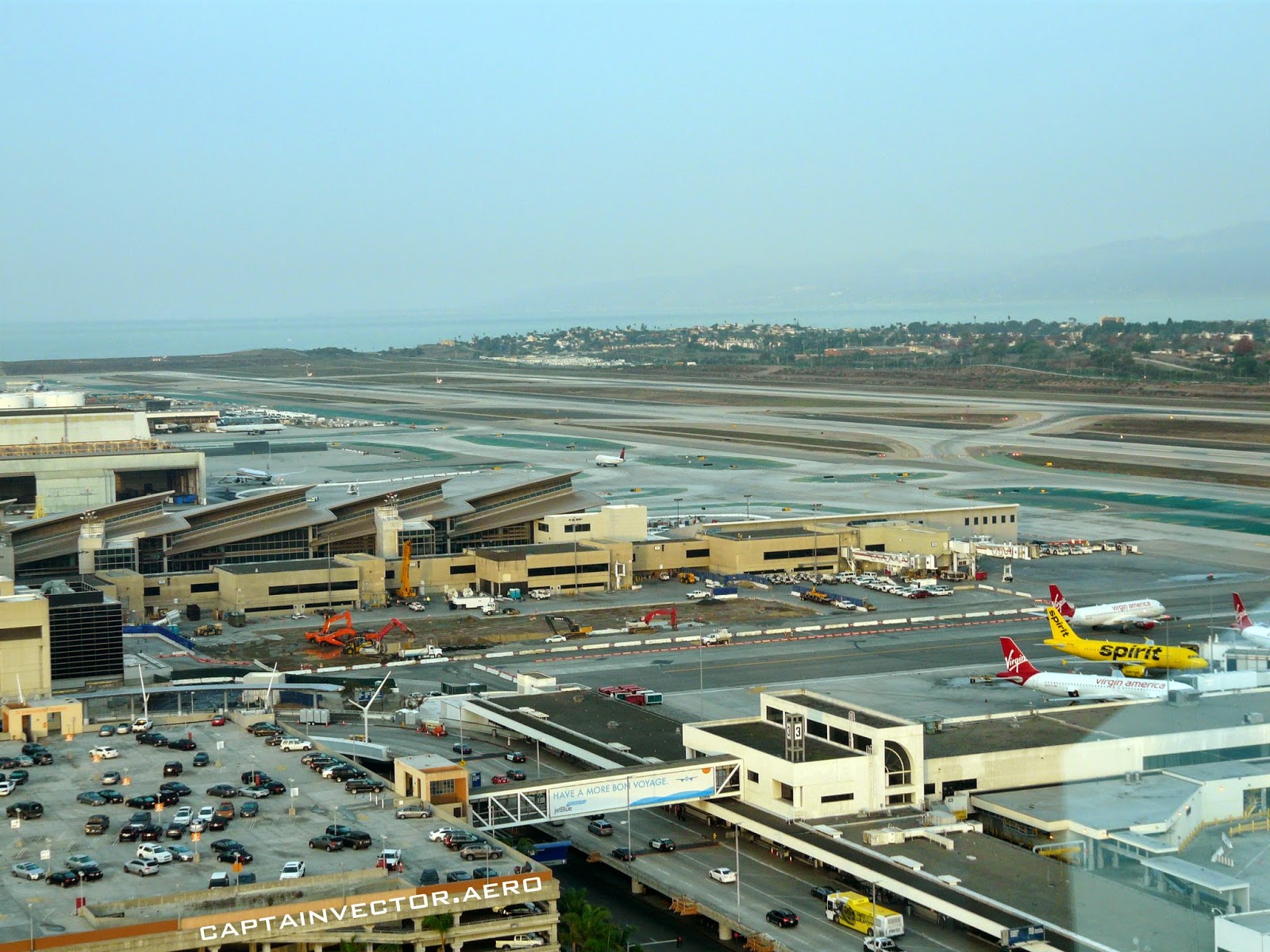 Posted by CaptainVector at 6:57 PM 6 comments: 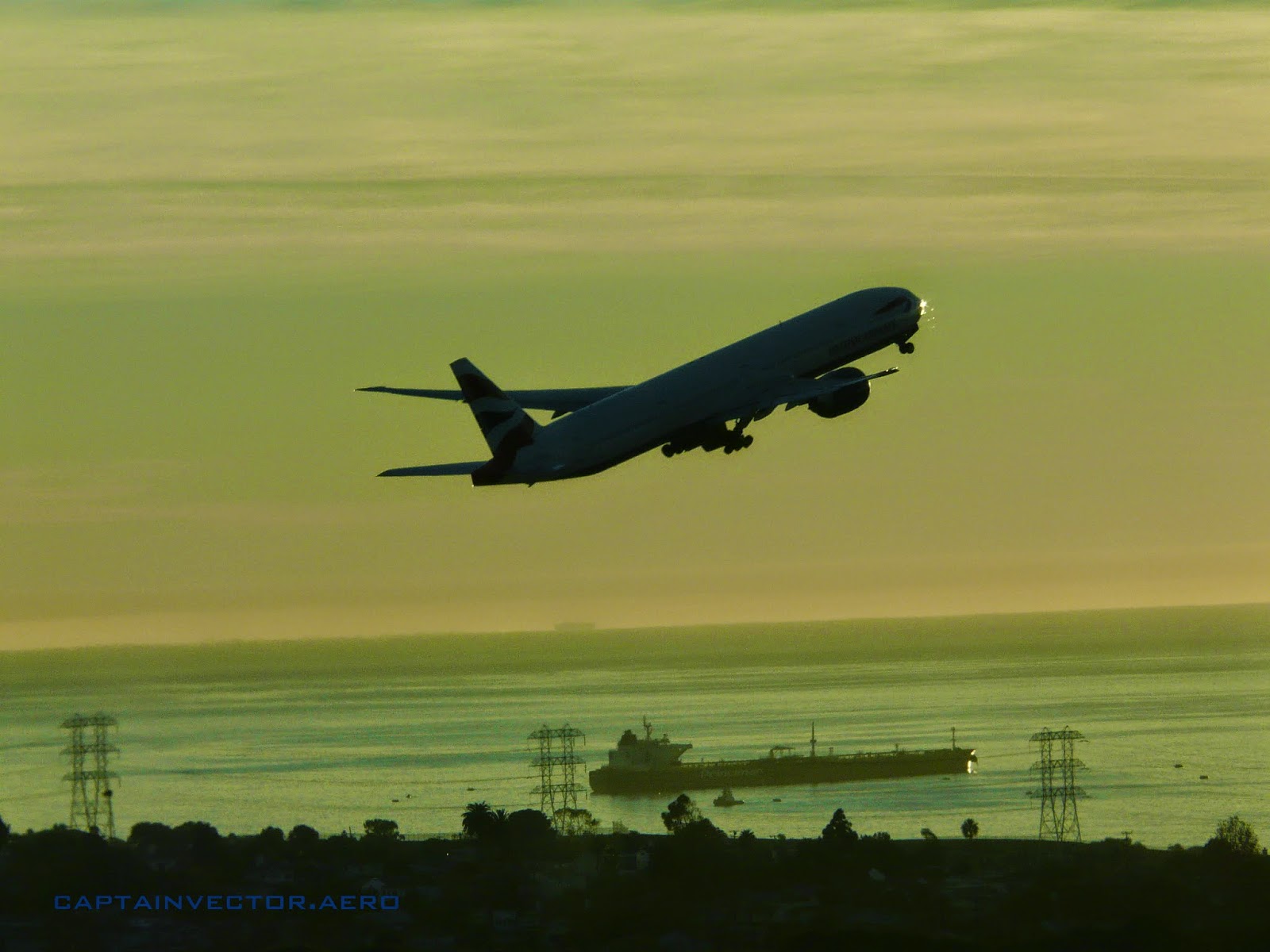 I know the colors look funky, but I promise that I've done no fiddling with this shot except adding the watermark; this is how it came out of the camera.
Posted by CaptainVector at 8:16 PM 6 comments: 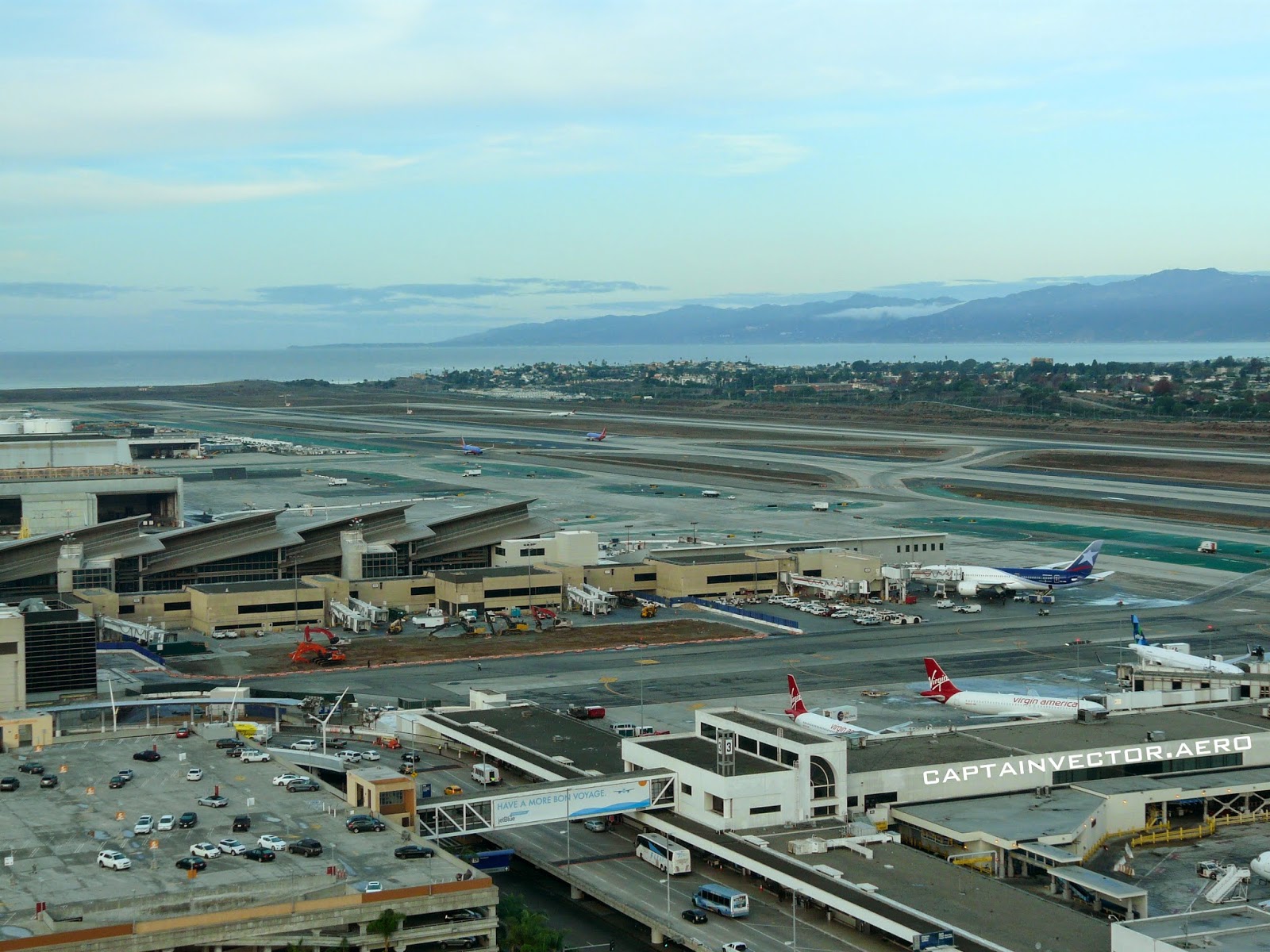 Now that most of the southern end of the revamped Tom Bradley International Terminal (TBIT) is open, work is about to commence on the northern end. Demolition of the old terminal is set to commence this week. As you can see in this shot, taken yesterday, gates 119, 120, and 121 have already been closed and concrete removal has begun. I am surprised that the jetways are still in place; when work started on the southern end, the removal of the jet bridges was the first visible sign of work commencing: 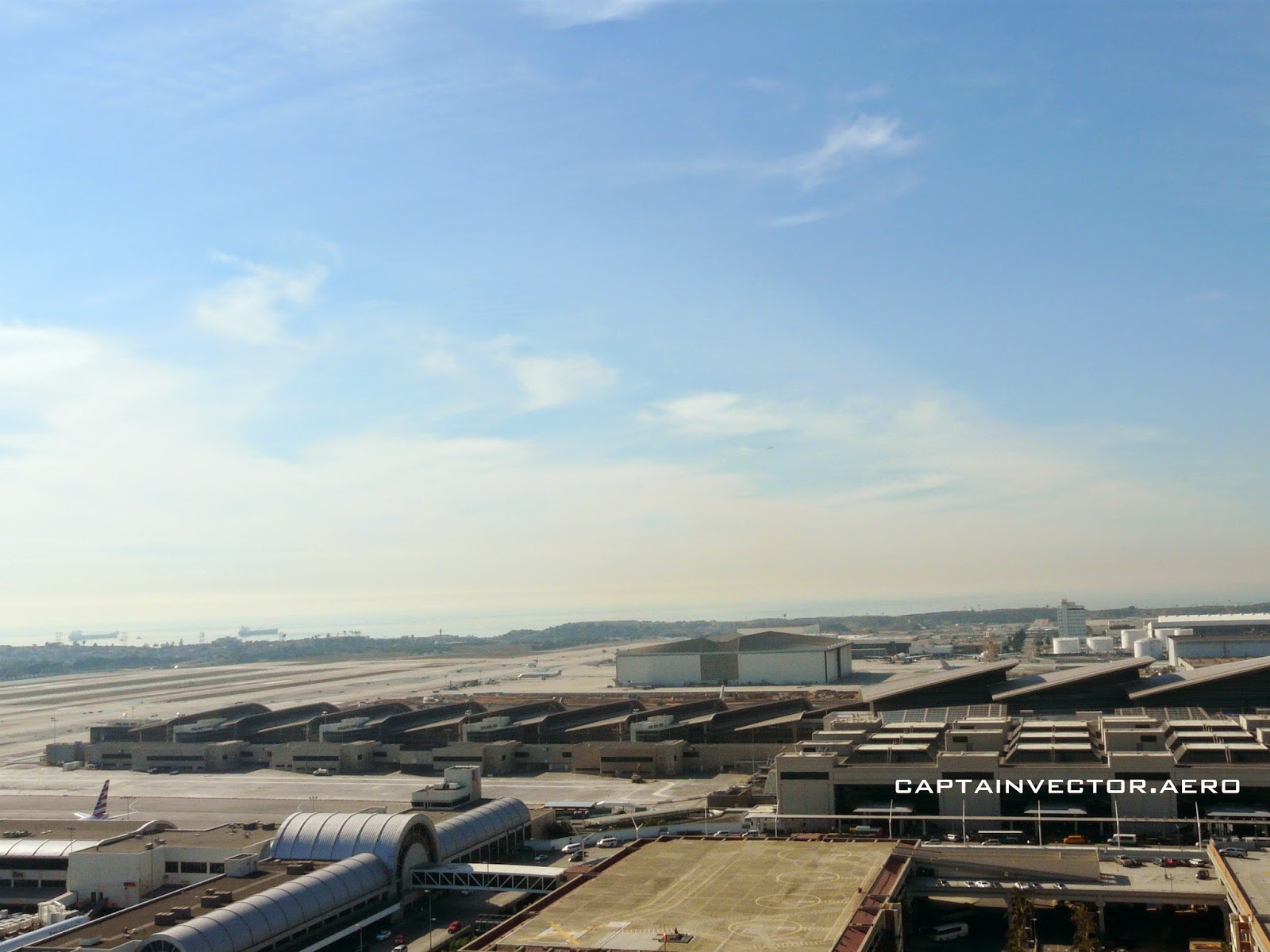 Just as it happened in the C-10 alley, aircraft operations in the D-10 will be restricted by the demolition and construction work. This will primarily mean that aircraft operating out of the gates deep in the alley (30, 31A, 31B, and 32) will have to be towed onto their gates in order to avoid jet blast issues with the construction area. The additional time required will slow things down a bit, and the north-side ground controller will have to accommodate more aircraft on the taxiways while they wait their turn for the alley. The upside is that there will be no widebody aircraft in the D-10 alley for the duration of the construction project, so the wait times will not be as onerous as they might otherwise be. The affected carriers will be Allegiant, Frontier, JetBlue, Spirit, and Virgin America. Allegiant and Jet Blue will likely be the least affected, as they rarely use the deepest gates in the alley. I don't have the construction schedule to hand, but if the north side proceeds much the same as the south side, the whole thing will be done, with the new gates on the east side of the northern wing of the TBIT open for service, by this time next year.