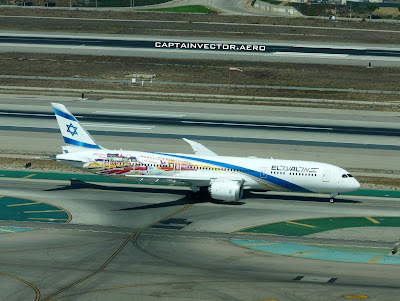 It's only been a month since my last post, so this time around I'll be showing you a collection of aircraft wearing special paint schemes. The opening shot features an El Al Dreamliner. In June, El Al began service between Tel Aviv and Las Vegas. Las Vegas is El Al's third U.S. west coast (sort of) destination. Besides Los Angeles, which has been their only west coast city for many years, El Al has also started service to San Fransisco. This brings them up to six US destinations, the others being Boston, Newark, and New York. 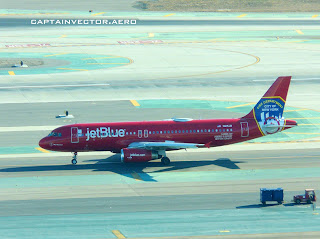 I think I've shown you this Jet Blue Airbus before, but it passed through today so I thought it was worth another look. Unfortunately, this time of year features a rather unflattering angle of the sun, so photos sometimes do not come out as I would like. The red on this A320 is a traditional fire engine red, and not really as murky as it appears here. 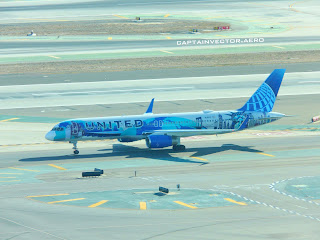 This aircraft has been something of a wraith for me. I've heard about it from coworkers for weeks, but it has always eluded the camera. My first sight of it was late one night about a week ago, which was just a tease. But it came through today and I braved the bad light to get some shots for you. These have been tweaked to bring out some of the detail in the design. 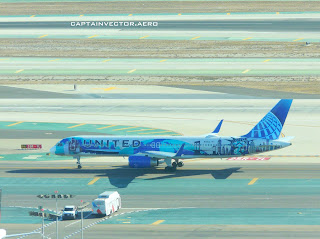 An interesting note is that United put all this effort into a B757, when the general trend is that this model is being retired from mainline fleets. To be sure, we see dozens of them everyday at LAX, mainly from United and Delta, although American still has some as well. As both American and United both have been hit by the grounding of the B737 MAX, I wonder if the B757 will stick around a little bit longer than originally planned. Pure speculation on my part! 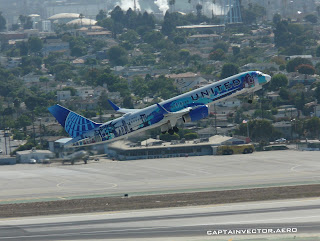 Speaking of the B737 MAX, one of the first aircraft to wear United's new livery was a B737 MAX that passed through LAX the day after the announcement of the new paint. Since the MAX's grounding, we haven't seen the new livery until it showed up on a couple of other aircraft this month: 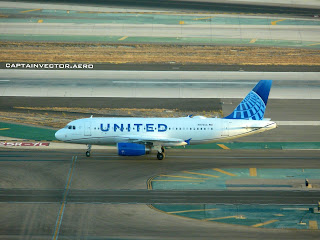 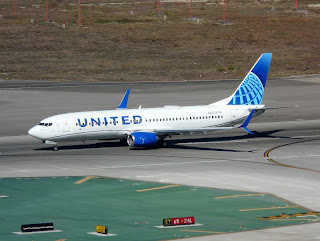 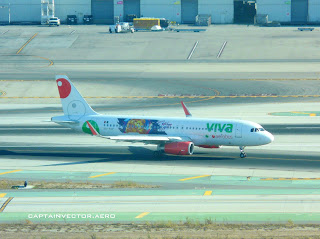 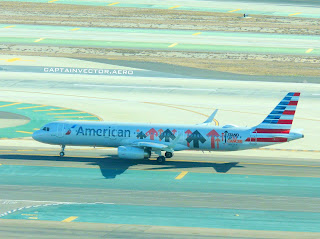 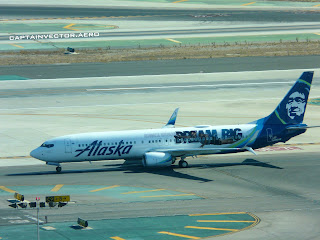 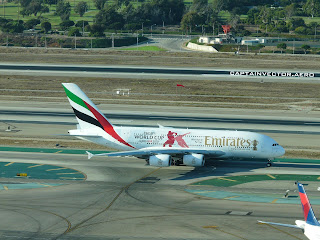 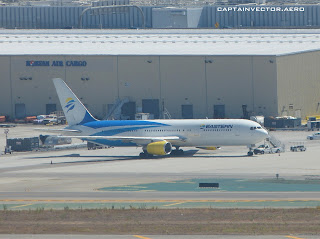 Finally, you may have heard that we've entered fire season here in California. There are four named fires at the moment; this is last night's sunset. There are no clouds in this photo: 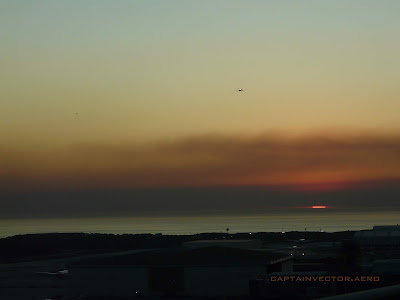