Photo Friday: Birds of a feather 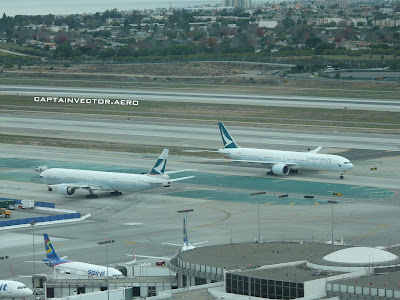 The theme for this week's edition of Photo Friday is groups of things that have something in common. Enjoy! 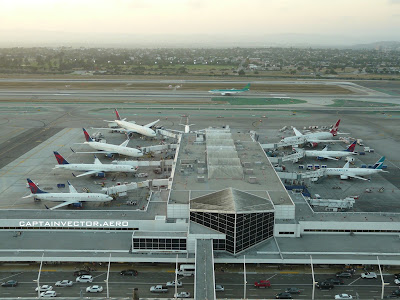 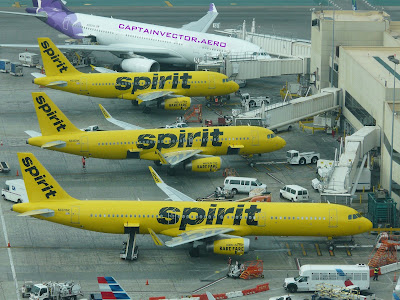 Posted by CaptainVector at 10:19 AM 6 comments: 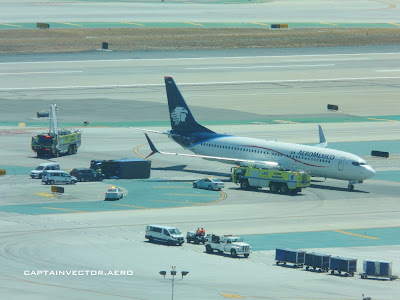 About a month ago, I showed you this incident involving an AeroMexico B737 and a catering truck. There was plenty of media coverage of the event, so I won't bore you by rehashing it here. The situation was essentially that the catering truck was stopped for traffic at the intersection of the service road and Taxiway C-10, but because of other vehicle traffic it turned out that the truck was not clear of the wingtip of the airplane at the adjacent Taxiway P. As at least one of you commented, it is the vehicle operator's responsibility to get out of the way of aircraft. The truck driver could almost certainly see the B737's fuselage in his mirrors, but the wing (almost) above his truck . . . possibly not. Meanwhile, the pilots quite likely would not have been able to see the truck as their view aft of the cockpit is pretty restricted -- that's why they have to have "wing walkers" when the aircraft is pulling into and pushing out of the gate.

The underlying issue is that just like LA's freeways, there are a whole lot of vehicles moving around on the ground at LAX. Here are a couple of shots of a recent situation: 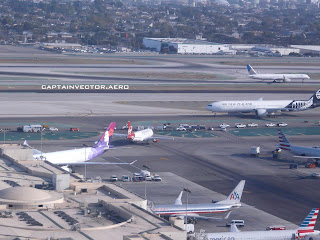 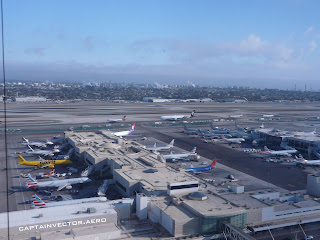 By the time I got to the camera, the worst of the situation had already passed, but you can see enough here to get the picture (not sorry). The vehicle drivers have to give/make way for aircraft, and yet they aren't supposed to leave the designated roadway. However, in order to give way to all aircraft, they will stop at any intersection if there's any airplane anywhere nearby, in case that airplane is about to use that intersection. This creates the standard traffic jam, as the vehicles behind also have to stop. A sufficient line of vehicles means that the end of the line may not be able to clear the previous intersection, and while it may have been clear when they approached it, an aircraft may subsequently appear that wasn't a factor before -- which is what happened both in these pictures and the AeroMexico incident.

Periodically, some well-meaning person suggests that the solution is for the Ground Controllers to talk to the vehicles as well as the airplanes. This sounds great in theory, but the reality of the situation is that quite often the LAX Ground Control frequencies are already over-congested with just the airplanes. It is a regular occurrence for one airplane's transmission to block that of another airplane or the ground controller, with the result being that the controller has to reissue the instruction or ask for the pilot to repeat -- thus tying up more time on the frequency. Adding dozens of trucks and tugs . . .

An alternate solution would be to further separate the airplanes and the ground vehicles. Again, that sounds great -- but where would you put them? It's not like LAX has any open space that isn't already used by airplanes or buildings. It has been suggested that tunnels could be the solution, whereby the vehicles operate on a roadway system beneath the terminals, taxiways and runways. This already exists to a small degree; remember that there are six lanes of Sepulveda Boulevard passing beneath the south complex of runways and taxiways. A good deal of the baggage handling system at LAX is also subterranean, and more of it is being built beneath the north-south taxiways along the west side of the TBIT, along with a vehicle access tunnel and a people mover tunnel. While I think that doing this all across the airport might be the best solution, the main obstacle I'm sure is simply the huge dollar cost that it would take to make that happen. Especially consider that there are already all sorts of utility tunnels and pipelines that run under the airport too -- some of which are not well-mapped until some other project unexpectedly encounters them. Consider as well that all of it would have to be resistant to earthquakes (and terrorists), and since we're so close to the Pacific Ocean there would have to be some sort of water intrusion system. And an emergency evacuation system. And, and, and, and . . .

So what is the solution? Low-slung vehicles might solve the wingtip clearance issue, although where would you get catering/fuel/service trucks and buses that are under five feet (1.5 meter) tall? I don't think MINI can make that many vehicles -- although it would be really cool to have an entire airport service fleet of nothing but MINI Coopers scampering about all over the place. And while it's an entertaining idea, that still wouldn't solve the too-many-vehicles-trying-to-move-about-the-airport problem. So, we seem to be left with what we already have: An imperfect system in which well-trained people do their best to make the whole thing work. Nearly always, it does.
Posted by CaptainVector at 3:16 PM No comments: 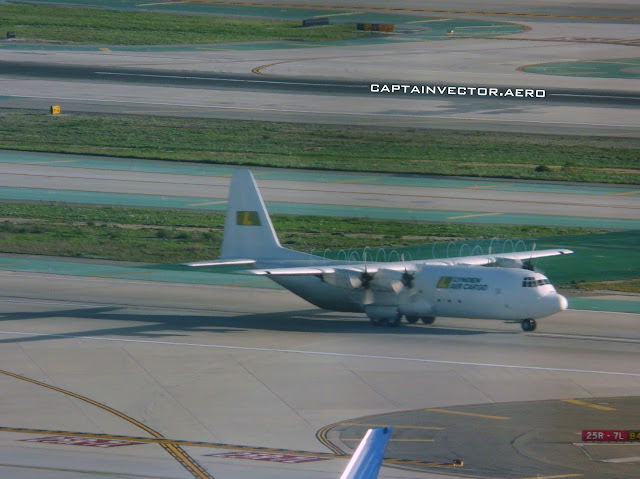 Despite my best intentions, my attempts to reinvigorate ye olde blog have been somewhat lackluster so far. So I'm instigating a new series to keep me more involved with my own creation. I'm calling it Photo Friday, and today is the first entry. The goal is to bring you at least one photo each Friday. There may be more than one photo, and there may be entries outside of the series on some specific topic or other (suggestions/questions/requests are welcome, but I promise nothing!)

Today's post features shots from earlier this year -- I think. I ran across these while looking for a blank memory card for the camera, and so the date is somewhat fuzzy. In any case, I thought each of these of interest in one way or another. Enjoy! 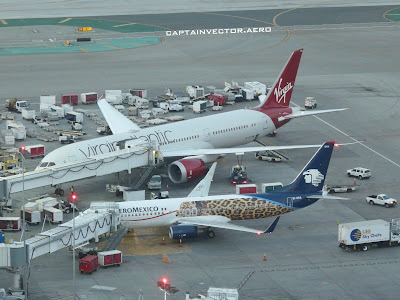 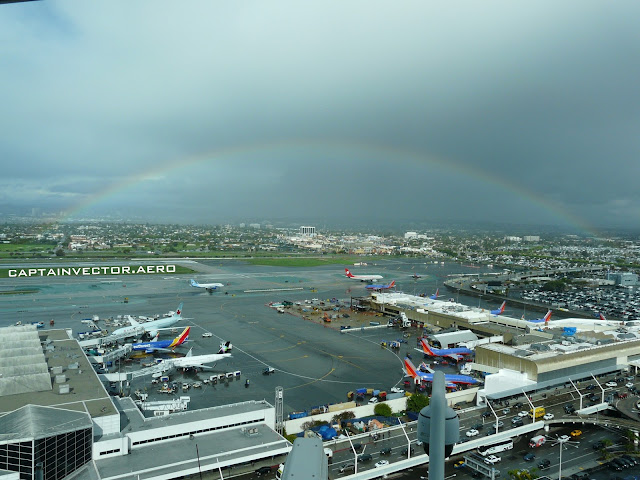 Posted by CaptainVector at 10:46 AM 4 comments: