Photo Friday: Three of a kind 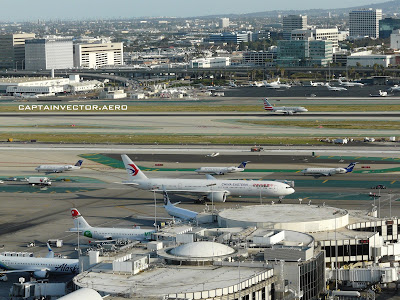 We don't see that many of the small regional jets at LAX these days. The 70-seat CRJ-700 is common in American Eagle, United Express, and Delta Connection colors. Coincidentally, in all three cases the flights are operated by SkyWest. We also have CRJ-900s (76 seats), but only in Delta Connection paint -- but still using the SkyWest callsign. In this shot, however, we have a trio of CRJ-200s. SkyWest operates these as well; witness the paint on the third one in line. All of these are flying for United Express. The three of them together have less passenger capacity (50 passengers each, for a total of 150) than the China Eastern B777 (316).
Posted by CaptainVector at 7:29 PM No comments: 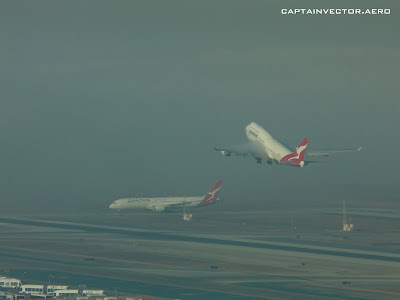 This weeks' edition of Photo Friday features a pair of Qantas Boeings. A B787-9, freshly-arrived from Melbourne, waits as a B747-400 departs from Runway 24 Left enroute to New York JFK. 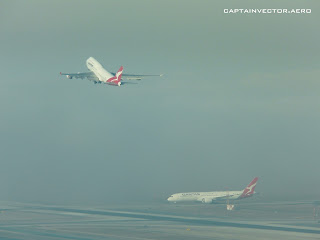 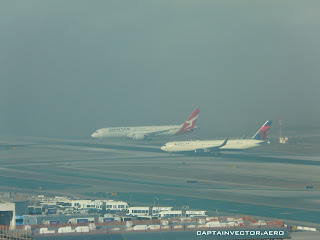 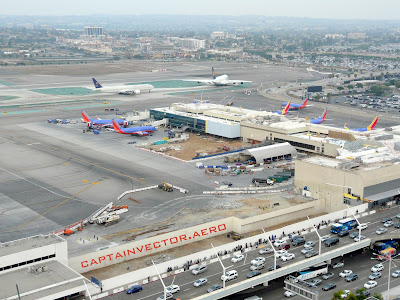 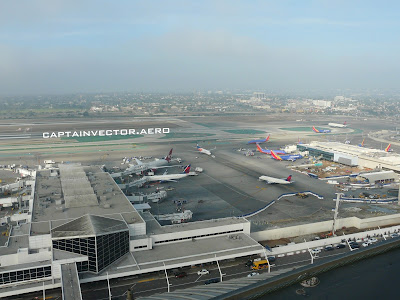 The next shot was taken in February. In it, we can see that some of the new concrete is in place for Gate 14, while the wall between Terminals One and Two has been breached: 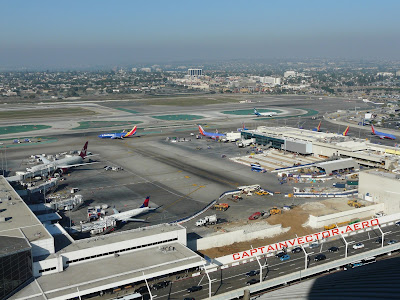 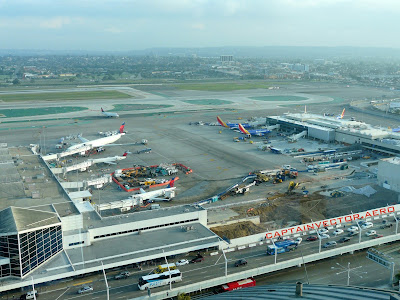 The fourth and fifth shots were taken three weeks apart; the opening shot in late March, and the lower one in mid April. In just that short time span, you can see that Southwest is nearly done with Gate 14, and the temporary baggage sorting tent in what used to be Gate 4 has been taken away. Meanwhile, in March we lost Gate 21B (as seen above in shot #4), but then regained it in April at the expense of losing Gate 23: 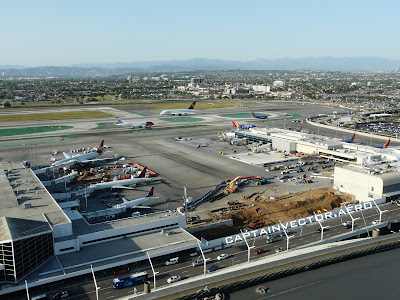 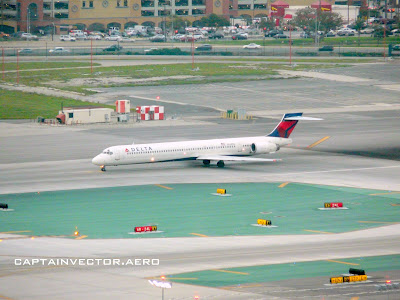 I made a couple of posts last year about the diminishing number of MD-80s at LAX; see links below. Since then, the MD-80 has almost completely disappeared from the LAX scene. Allegiant was the last regular MD-80 operator here, and their LAX flights have now all transitioned to the Airbus 319. A few evenings ago, however, we had an unexpected visitation from a Delta MD-90. In the early 2000s, Delta operated MD-90s at LAX, but it's been quite some time since we've seen one. Thanks to a last-minute equipment change in Minneapolis, I happened to catch this one when it passed through. 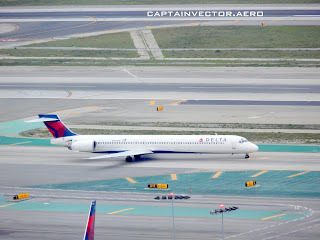 In these next two shots, you can clearly see the family connection between the MD-90 and the B717, which was originally intended to be the MD-95 before Boeing took over McDonnell Douglas: 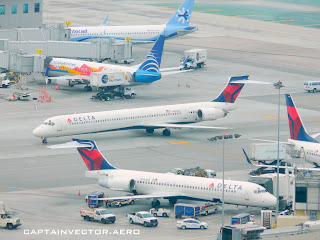 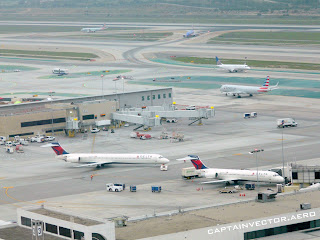 Really not just another RJ


Posted by CaptainVector at 9:14 PM No comments: 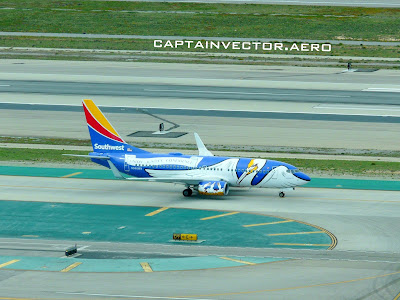 Here's a bonus shot for Filip, who asked recently about the blast fence at the west end of Runway 24 Left. This is how that end of the north complex appears from the tower. As a double bonus, you can also see the current state of the construction on the Midfield Satellite Concourse: 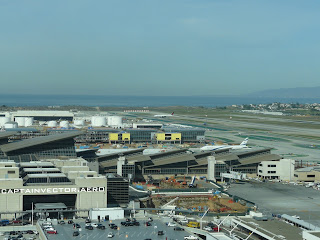 Posted by CaptainVector at 7:37 PM 4 comments: 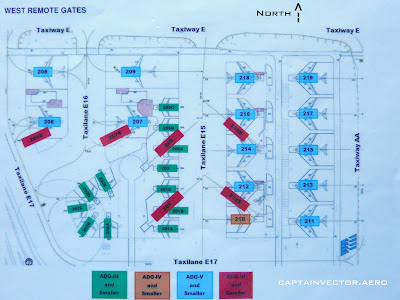 Nearly seven years ago, I made a post inspired by the viewing statistics of the blog: https://fromthecontroltower.blogspot.com/2011/05/remote-gates.html

The amazing thing is that, seven years later, that post is the second-most popular post of all time.*  Even now, it gets a couple of dozen visits every week. Most, but not all, come from a forum post at airliners.net in which a question was asked about the gate numbers at the LAX west remote gates. The reason I tell you all of this is because it occurred to me that we are using a revised version (seen above) of the quick reference guide that I showed in that 2011 post.

Beyond that, I don't have much new to say about the west remote gates. At a quick glance, pretty much everything I said about them in 2011 still holds true except that we now have six (instead of four) remote gates that can accommodate the A380. We rarely use them though because the remodeled TBIT can handle six A380s at one time. In fact, the most common place at the remotes that we use for an A380 isn't a gate at all: Recently, the airport has been closing a section of Taxiway E-17 to store an idle A380 between flights. On the chart above, it's the section of E-17 directly above the green and orange boxes. The A380 tows into that position from Taxiway AA, and to get out it has to push backwards either into E-16 (and then pull forward) or all the way back onto AA. I haven't any photos of that because it pretty much always happens in the late evening. I can, however, show you how we designate the closed area on our ground radar display: 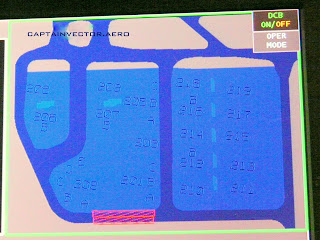 * - The all-time most popular post is this one: https://fromthecontroltower.blogspot.com/2012/09/the-endeavour-has-landed.html
Posted by CaptainVector at 8:54 PM No comments: