The Endeavour has landed

Friday, September 21st, saw the arrival of the space shuttle Endeavour at LAX. This was the last of the shuttle delivery flights, and was the final time a shuttle was in the air. The arrival was delayed a day by weather, as the original plan called for a Thursday arrival. After several weeks of preparation, the Endeavour will be transported by surface streets to the California Science Center, where it will go on display at the end of October.

Endeavour was the last of the shuttles, built from spares in the late 1980s to replace the Challenger. Endeavour also flew the next-to-last mission of the shuttle program, STS-134, in May of 2011. 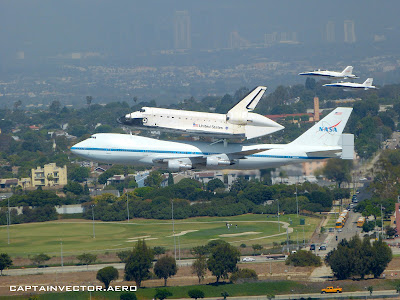 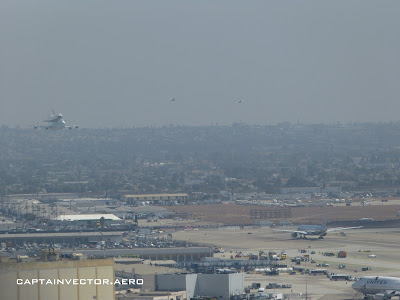 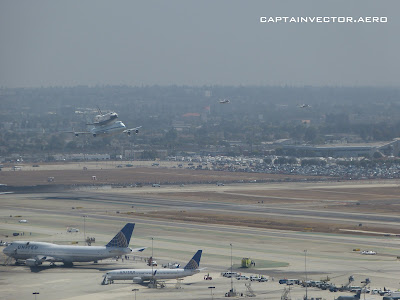 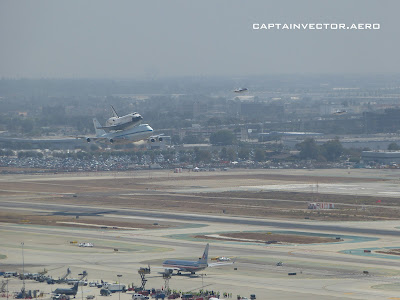 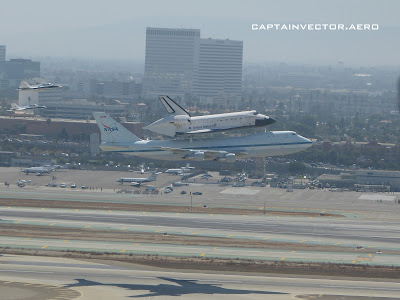 After the fly-by, the flight circled back around and the Shuttle Carrier Aircraft landed on Runway 25 Right, while the fighter escort flew past (over Runway 25 Left) and departed to the west: 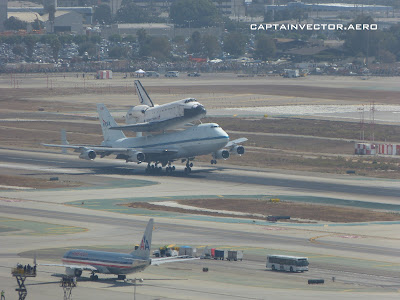 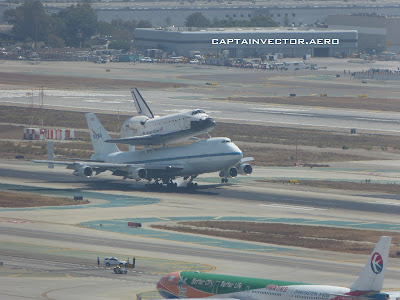 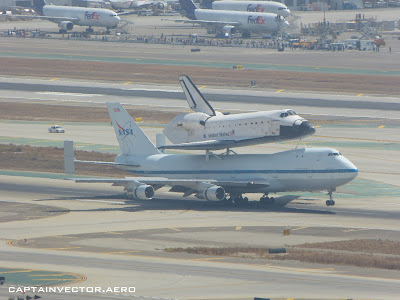 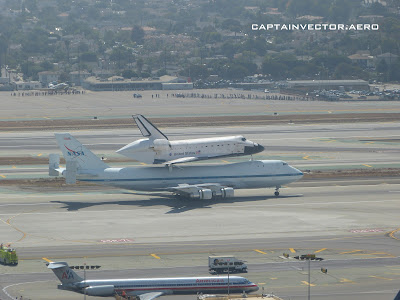 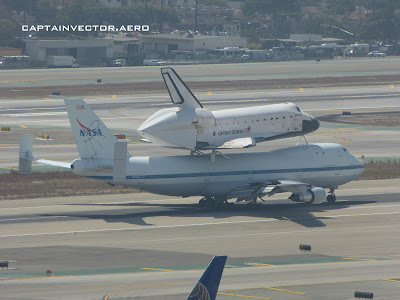 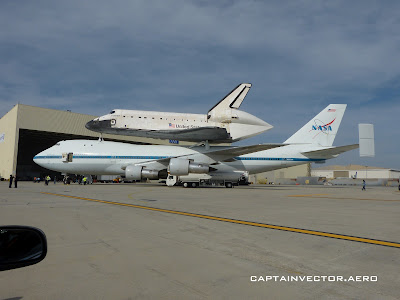 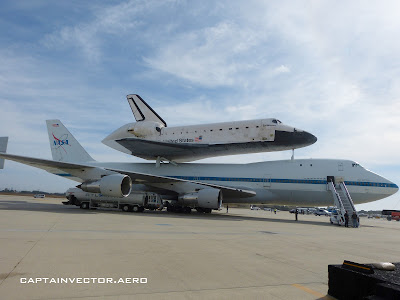 Many people turned out to witness the arrival (and final flight) of the Endeavour: 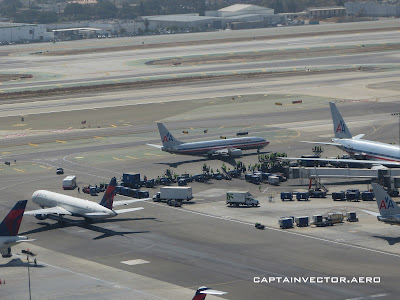 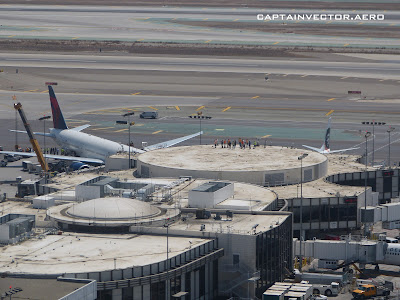 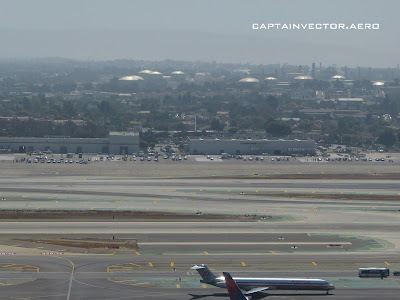 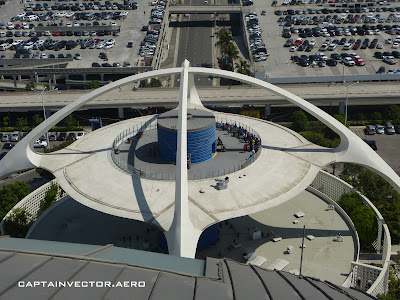 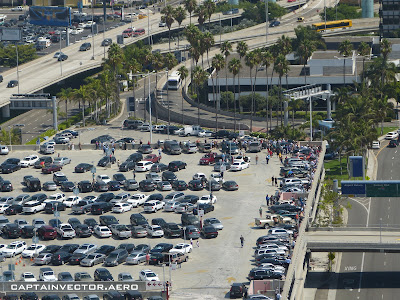 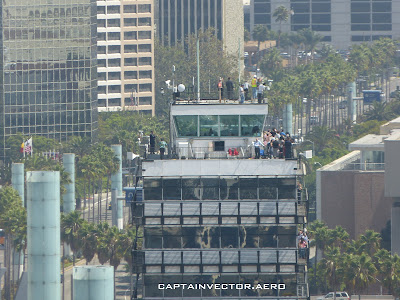 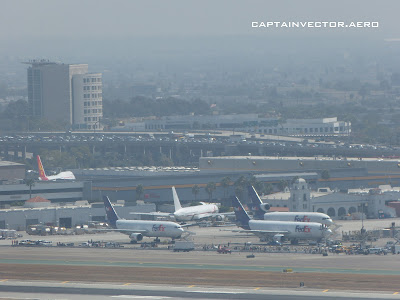 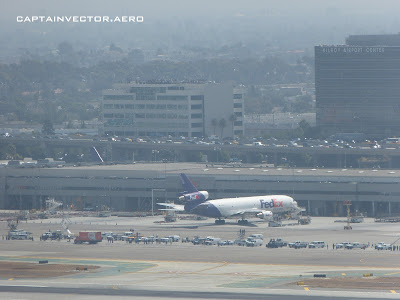 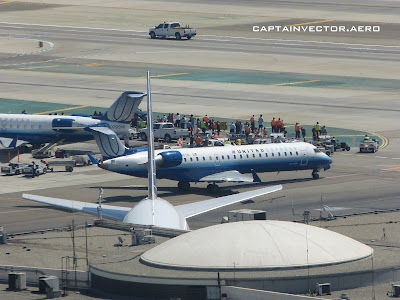 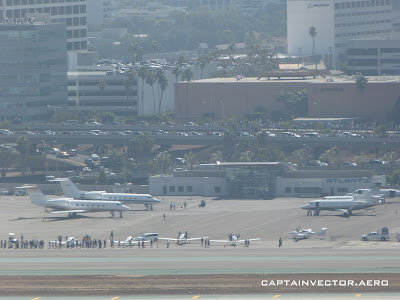 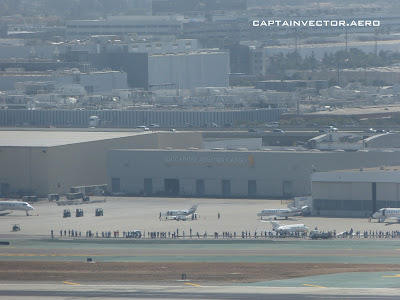