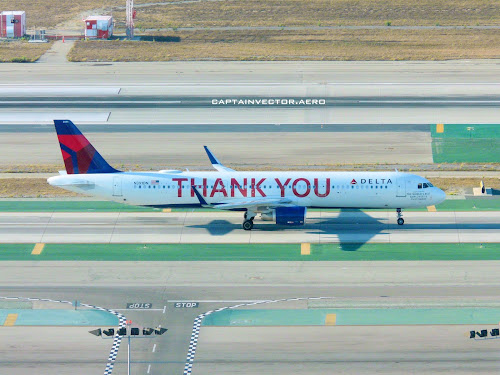 The Labor Day holiday weekend is traditionally considered to be the end of the summer travel season in the US. The TSA reported their busiest day since mid-March: on Friday, nearly one million travelers passed through TSA screening. That number still pales in comparison to last year, when the TSA screened over two million people. Traffic numbers at LAX followed a similar trend: we had 971 operations on Friday, almost exactly half the traffic count of 1,987 from the corresponding Friday of last year. From this point, passenger travel traditionally sags as the the new school year begins. While "going to school" has taken on a new meaning this year, traffic is projected to drop for the next month or two. The big question is what will happen in November. The Thanksgiving holiday in the US is normally the busiest travel period of the year, and kicks off the holiday travel season that extends through New Year's. Whether that will happen this year, and if so, to what degree, is anybody's guess.

Meanwhile, the state of California is once again on fire, along with other western states. The LAX weather sequence on Monday included a ceiling at 15,000 feet -- but that wasn't a cloud layer, it was smoke. When I came out of the house in the morning, everything was covered in a layer of ash. The visibility was such that, looking to the west from the tower, it was almost impossible to discern where the ocean left off and the sky began: 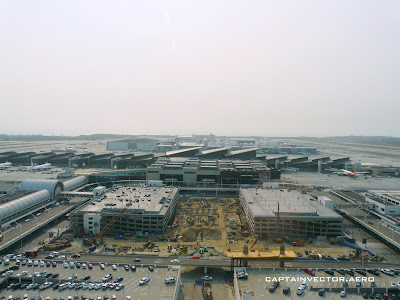 Since we're looking at the airport, it's time for some recent construction photos:

The people mover project is going to curve around the Theme building and then continue through the center of the terminal complex between the parking garages. The construction has begun just outside the control tower: 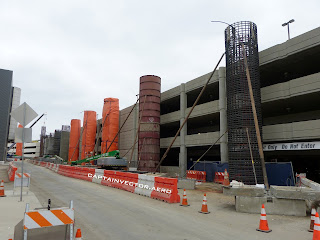 Back in the tower and looking the other way, here's Terminal 3 and its connection with Terminal 2 (on the far right). At the moment, Terminal 3 is closed. Delta parks airplanes at some of the gates, but passengers are being bused over from Terminal 2.  There are mountains in the background, but you wouldn't know it from this photo. 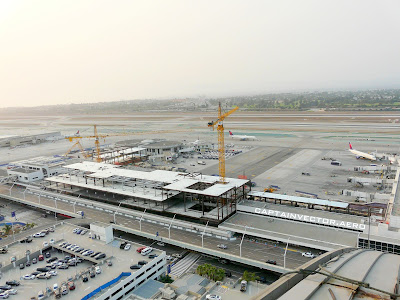 For the sake of comparison, here's a photo from a week ago. The puffy cloud in the distance marks the location of a fire. 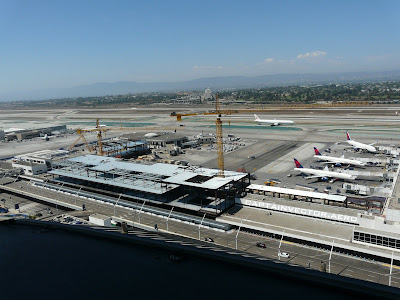 On the south side of the terminal complex, they're still working on the connectors between Terminals 4, 5, and 6: 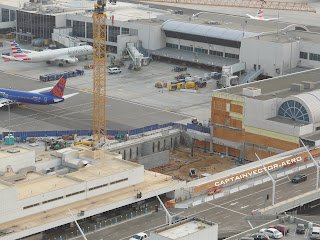 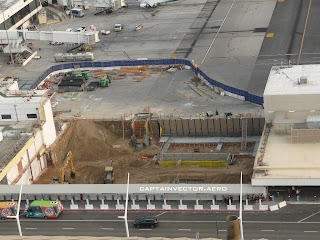 This is an airport, so there ought to be a few shots of airplanes. Although the passenger numbers are down, there's been an uptick in cargo. 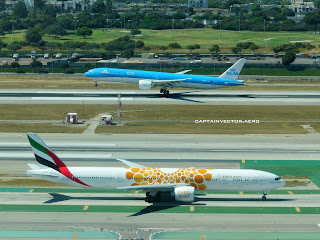 Every now and then, I'll find something while looking through the photos that I didn't notice at the time. This is one of those: 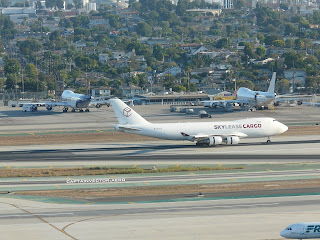 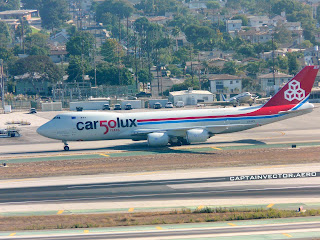 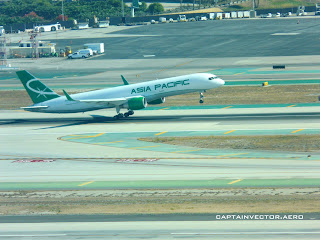 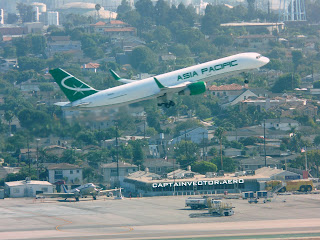 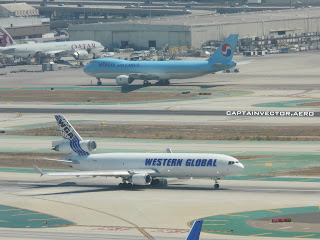 Posted by CaptainVector at 11:49 AM 2 comments:

A few thoughts on the subject of jetpacks 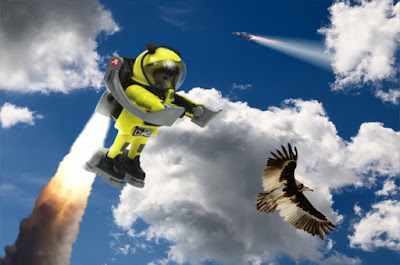 By now I imagine that most of you have heard about the pilot report of a man flying a jetpack near an aircraft on final approach to LAX. In case you haven't, a quick recap: Last weekend, an American Airlines pilot reported passing a man with a jetpack at about 3,000 feet while on final approach for landing at LAX. I was working at the time, although I did not take the report. None of us in the tower saw the jetpack, although there was at least one more pilot report of a sighting.

I mention all this because a friend emailed me this question: Are Jetpacks considered ultralights or homebuilts?

While he meant this in jest (I hope), it does make for a few mostly random thoughts, such as:

There are a couple of interesting coincidences about this incident: 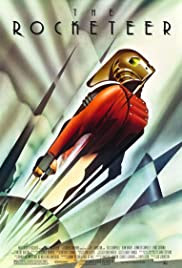 * --  An ultralight aircraft is one that complies with Part 103 of the Federal Aviation Regulations (14 CFR part 103). Among the requirements are that it is single occupant and weighs no more than 254 lbs empty. There are no licensing requirements for either the pilot or the aircraft.

** -- The term "homebuilt" is generically used to describe what the FAA refers to as "amateur-built aircraft."  These are generally aircraft built from kits, although scratch-built using plans is also less commonly done. These aircraft are licensed as "Experimental" and have restrictions on how and where they can be operated. Many ultralights and some LSAs are also built from kits (or plans).

An unrelated article from The Register: DARPA-backed jetpack

Image credits: The opening image came from the above-linked Register article. The Lego man image came from here: https://wptavern.com/jetpack-4-8-introduces-settings-redesign-adds-global-wordpress-com-toolbar  The Rocketeer movie poster came from the linked IMDb page. All images are presumed to be the property of their respective publishers, and were used without permission in the spirit of Fair Usage; I claim no credit or ownership. Please don't sue me.

Posted by CaptainVector at 12:18 PM 2 comments: