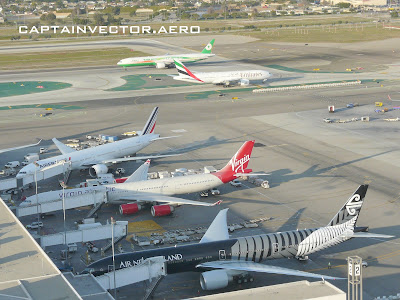 When I arrived at the tower yesterday, several of my coworkers pointed out the Air New Zealand B777 parked at Terminal 2. I've shown you an A320 or two with this paint, but I didn't know we were going to get to see it on anything else. While I waited in vain for the aircraft to push off the gate, the opportunity for this group photo of four B777s (and an A346) arose. New Zealand ended up not pushing until after dark, so I'm glad I at least got this shot. In the meantime, this happened: 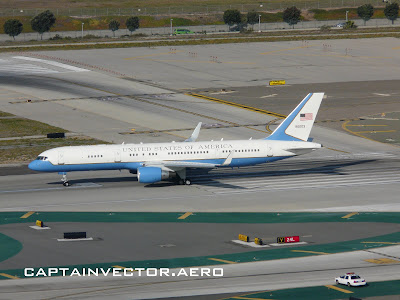 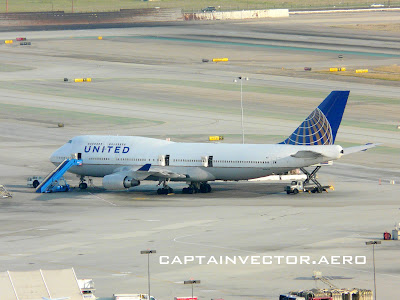 Posted by CaptainVector at 11:26 PM