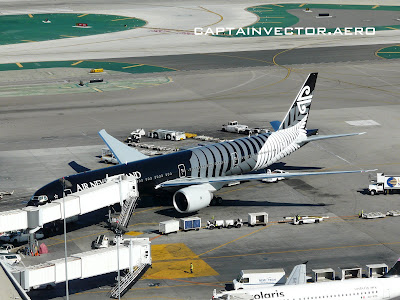 As no doubt happens to anybody with a camera, there are those times when the desired subject and the camera are not present at the same time, or they are but conditions are not conducive to actually getting a usable picture. Today, I get to show you three of my recent elusive subjects. 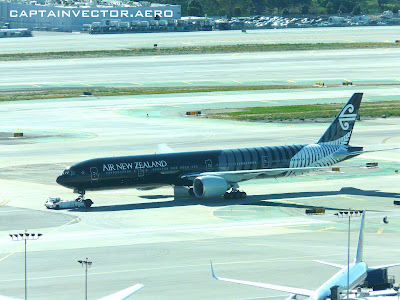 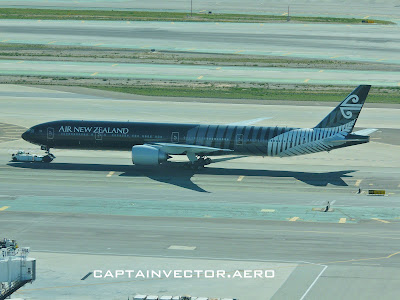 The first is this new Air New Zealand B777-300 in "All Blacks" livery. It's reportedly the largest commercial aircraft to be painted black. We've been seeing this aircraft at LAX for the last couple of weeks, but up 'til now I've only seen it parked at the terminal (see the opening shot) or at night (what's the point of trying to photograph a black airplane at night?!?). We have previously gotten to see this livery at LAX, on a couple of new Air New Zealand A320s as they passed through on their way to New Zealand. Funny thing is that this livery kinda looks like fish bones to me (it's not - those are fern fronds). 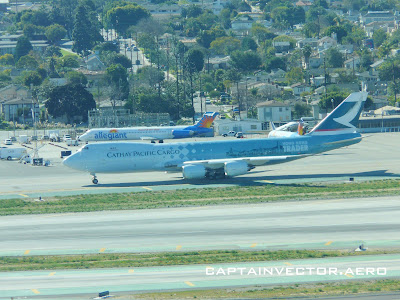 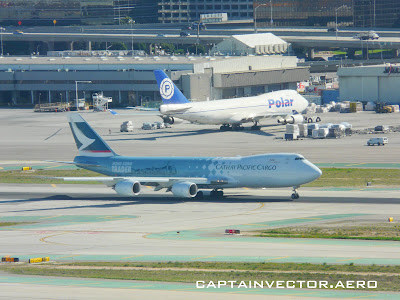 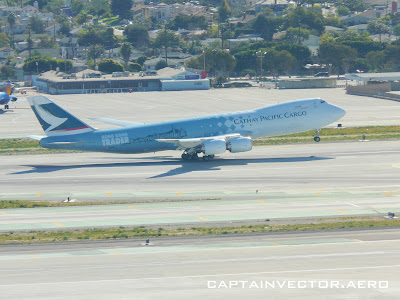 Since around Christmas, we've had two cargo carriers bringing in the new B747-8F, but they tend to do so after dark. This Cathay Pacific is the first B748 I've been able to catch with the camera during daylight. For comparison, the Polar seen in the second shot is a cargo B747-400. 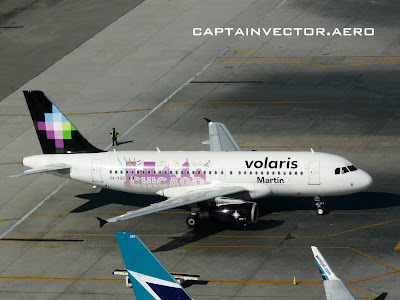 I actually saw pictures of this Volaris A319 on the web long before my camera caught it at LAX; Volaris started flying into Chicago's Midway airport in December, 2010. 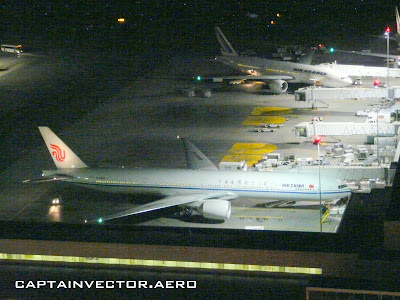 And here's my next target: Air China has started to bring in B777-300s, but so far I've only see them on their evening flight; the mid-day flight has so far continued to be a B747-400.
Posted by CaptainVector at 4:24 AM