As one of my current trainees recently discovered, when gate 58 has a B777 on it, a B737 (or an Airbus) at gate 59 becomes virtually invisible at night. In order to accommodate the B777 at gate 58, the jetways for gates 58 and 59 are repositioned so the B777 can park parallel to the terminal building. The aircraft on 59 is parked at an angle to clear the B777's wing. This sequence of shots shows the airplane as it pushes off gate 59 onto taxiway C: 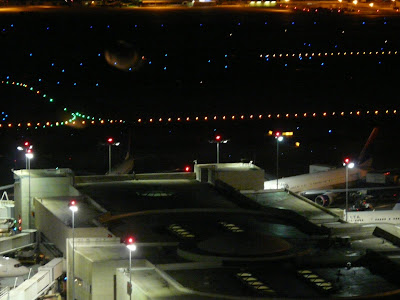 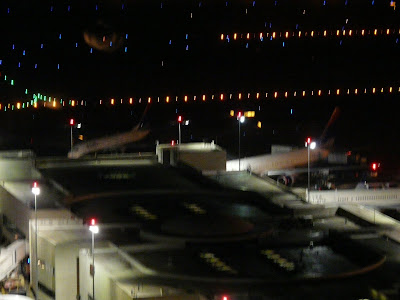 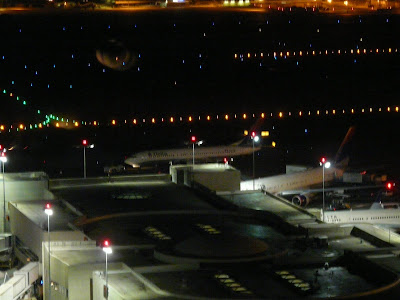 For comparison, here are some daytime shots of Terminal 5: 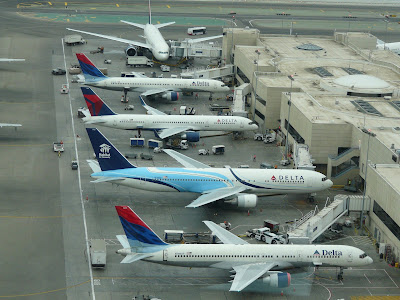 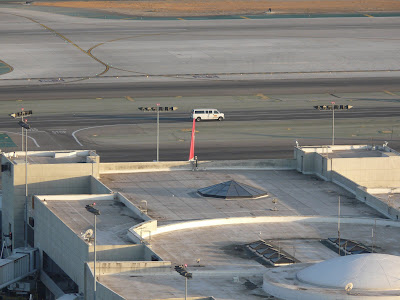 A close-up of the aircraft at gate 59 when positioned to accommodate the B777 at gate 58. 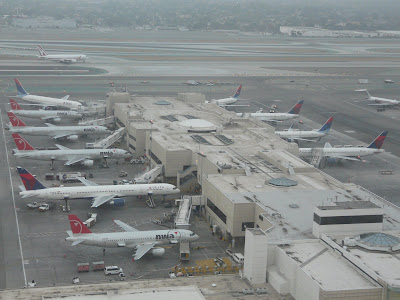 This is how it looks when anything other than a B777 is on gate 58 (in this case, a B767); notice the different positioning of the aircraft at gate 59 as well. Just a slight difference, and yet it's much easier to see from the tower. It's also easier for the ground controller and the ramp crews, as in this configuration aircraft inbound to both gates can taxi into their gates; whereas in the B777 configuration both aircraft have to shut down on the taxiway and be towed in.
Posted by CaptainVector at 10:44 AM