I was expecting to get a call yesterday from my friend Stephanie to tell me that the loan paperwork had arrived. I managed to have the day off from work so that I'd be available to sign my arm off once called. As you've already figured out, this didn't happen. Not the end of the world, though, as I managed to finish one book, read another cover to cover, and start a third. Yes, there were plenty of chores that I ought to have been doing, but then I wouldn't have been able to get to the phone. Invariably, when the call comes through, I'll have my arms full of something or be buried in something else that keeps me from taking the call.

This morning started much the same way, although I finally gave it up as a bad job around mid-morning and loaded up the Rover with laundry (I gave the cats their flea treatment over the weekend and in protest Dexter committed a couple acts of civil disobedience). Hanging out at the laundry didn't make the phone ring, so I went and stood in line at the credit union. That didn't work either. Giving up again, I went and had lunch with a friend and then got involved in some chores around the hangar. Wouldn't you know it - I'm laying on my back, with my head up under the panel of the Baron and both arms buried in the works (and the shop-vac running) - and Stephanie calls. It was completely hopeless to even try and get to the phone, even though I was wearing it at the time. Stephanie's message was that the paperwork that supposedly went out Thursday would probably go out tomorrow! How anyone actually ever closes escrow on time is beyond me. 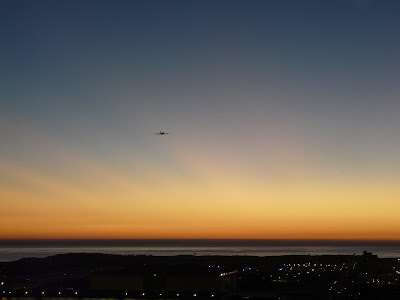 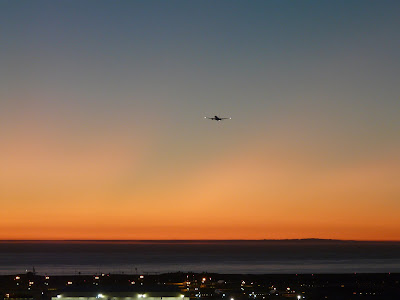 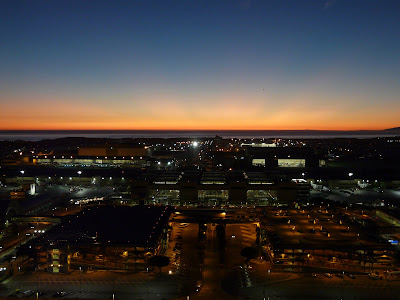 After last week's rain, it's been clear skies. 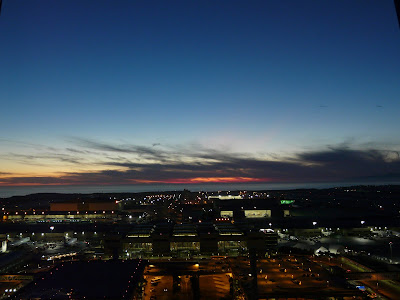 But not for long!
Posted by CaptainVector at 8:07 PM