Most folks think of Southern California as the land of clear skies and beautiful weather. And, compared to much of the rest of the country, we are spoiled with relatively nice weather here just about year-round. It may cost a bundle to live here, but at least we don't have to shovel snow, evacuate for hurricanes, or have tornado shelters in our back yards. Right on the coast though, we do experience the effects of the marine layer, usually a low cloud layer and/or fog. LAX is a great place to see this, although it makes for lousy photography conditions. 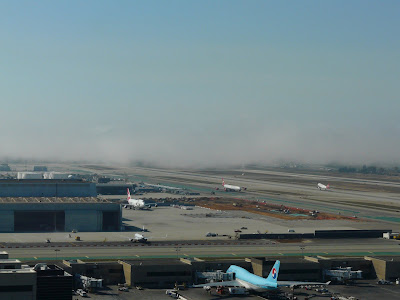 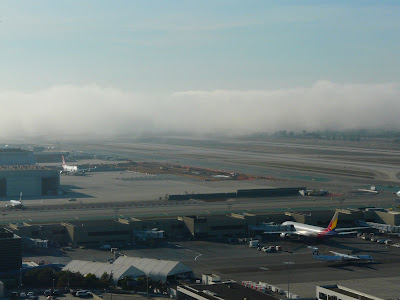 This is often how it starts - a low fog bank starts spilling over the dunes at the west end of the airport. Sometimes that's as far as it gets, obscuring the beach but otherwise not affecting our operations too much. 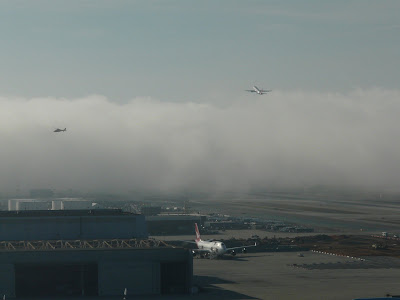 Here you can see a departing aircraft climbing out over the fog (I think it's a Hawaiian B767, but no promises). Meanwhile a Coast Guard helicopter turns eastbound after departing from the ramp just behind the parked Qantas B747. 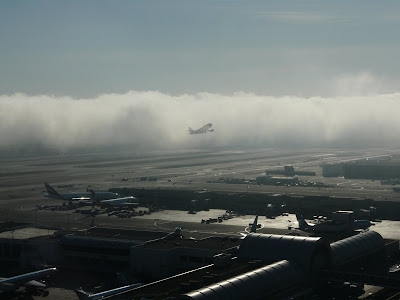 This is how it looked on the south side of the airport: A departing British Airways B747 just barely airborne off runway 25 right. 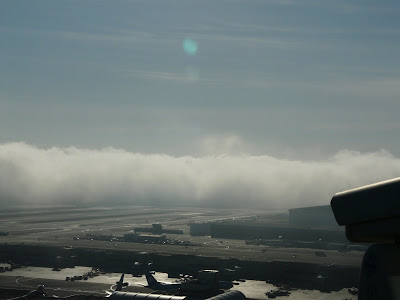 A couple of seconds later, the aircraft disappears in the fog . . . 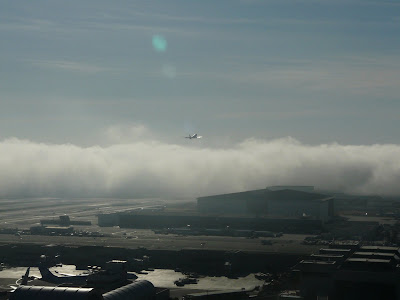 And then pops out on top. 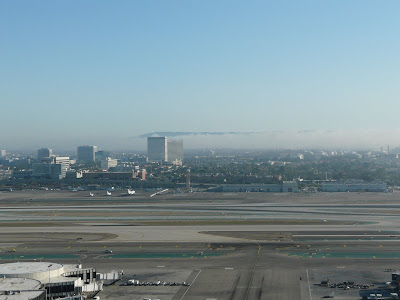 Sometimes we can see the marine layer over Redondo Beach to the south . . . 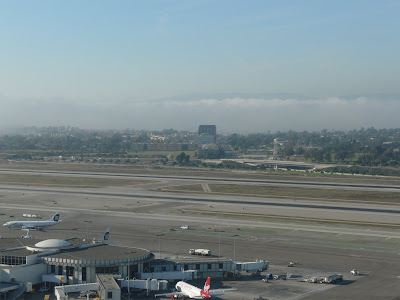 Or Santa Monica to the north. For some reason, these areas adjacent to LAX will often get the marine layer before we do at the airport itself. The shot below shows the eastern edge of the marine layer on the left: 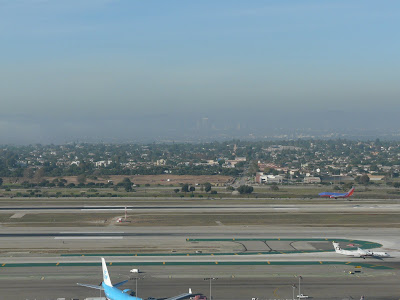 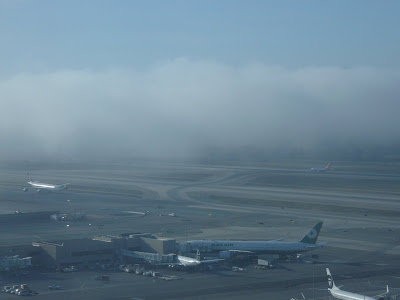 The Southwest B737 on the runway in this shot is the same aircraft just over the threshhold in the previous picture. This sequence was taken a little while after the shots at the beginning of the entry; you can see that the fog is gradually moving eastward over the airport. 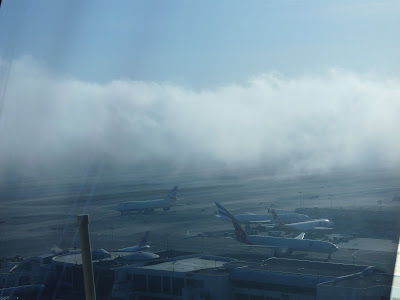 Another view of the south side, showing the later British Airways flight of the day taxiing in. The marine layer is now about mid-field and has started to affect our departures. Meanwhile, the arrival end of the airport is still clear: 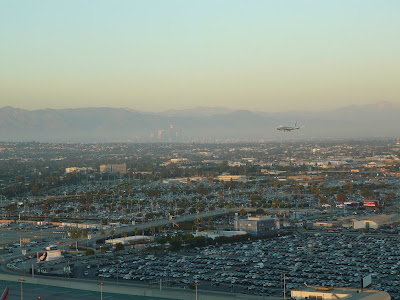 Our daily Air China flight on about a one-mile final for runway 24 right, with downtown LA and the mountains in the background. You can see here how close the mountainous terrain is to the airport, as I mentioned in the entry discussing east traffic.

Posted by CaptainVector at 10:35 AM