Rummaging through the iBook's photo archive, I've found enough shots to barely justify running one more installment in this theme. 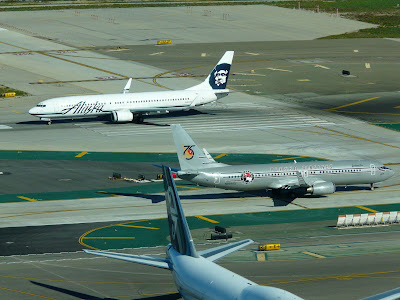 Alaska's current and heritage schemes together. 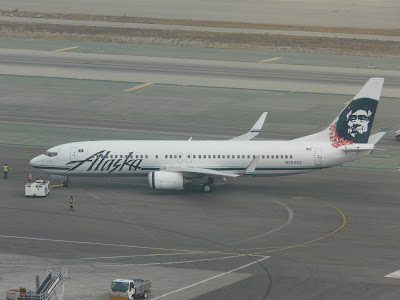 Another shot of the current Alaska livery, albeit with the red lei on the tail. 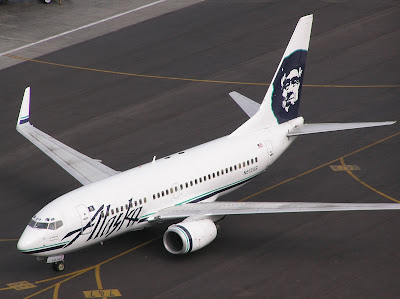 One more shot of Alaska, mainly for the unusual angle. 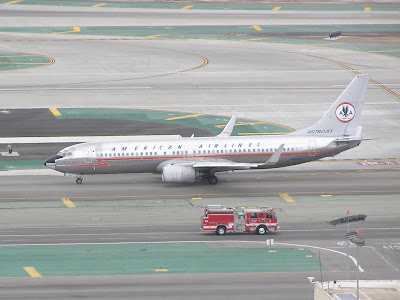 Two views of American's heritage livery B737. In an odd bit of coincidence, there's a fire truck in the first shot; this aircraft came into LAX with a minor emergency a week or two ago. 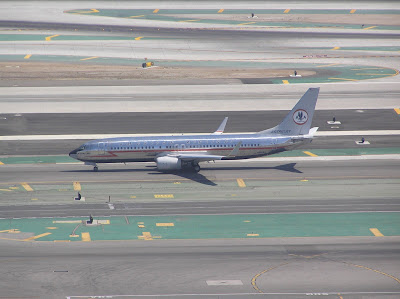 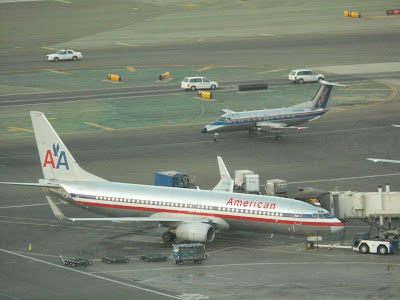 And here's another B737 with American's standard scheme. The Brasilia in the background is wearing Skywest company colors instead of the parent airline scheme, which would in this case be United. That'll be the subject for another day.

And there you have it: All the old and new, along with various commemorative heritage schemes that I've caught with the camera at LAX.
Posted by CaptainVector at 5:19 AM

Email ThisBlogThis!Share to TwitterShare to FacebookShare to Pinterest
Labels: B737