As I'm still dealing with a virtually useless right thumb, today's going to be another photo spread continuing the paint scheme progressions that I've caught with the camera: 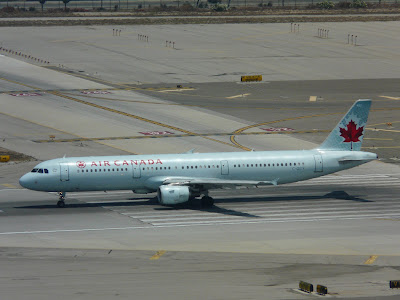 Air Canada's current livery is an all-over eggshell blue, with darker shading going up the tail.
Seen here on an Airbus 321 in position for departure off runway 24 left. 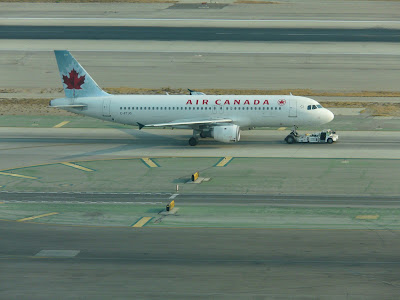 An alternate version uses the same tail markings on a white fuselage, modeled for you here by an Airbus 320 being towed to the terminal for its first flight of the day. 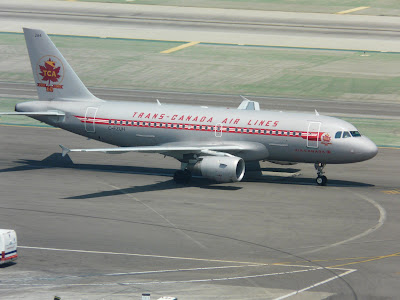 An Air Canada heritage scheme on an A319. 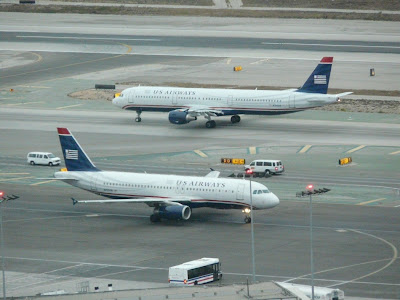 A reprise of the new US Airways livery, seen here on Airbus A320 & A321. The aircraft that ended up in the Hudson river earlier this week was an A320 like this one. 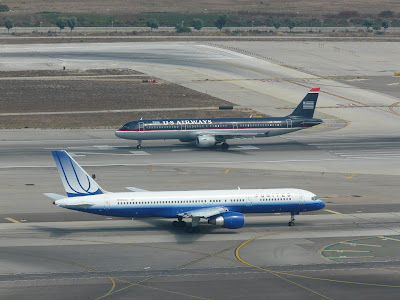 An A321 with the old US Airways scheme on the runway, while a B757-200 in United's new livery waits its turn. Another opportunity to compare these two similar-appearing aircraft. 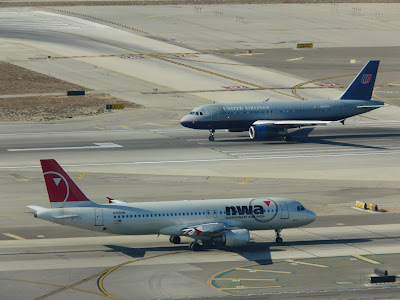 More Airbuses: This time, United's old livery is on the runway in the form of an A319, while the final Northwest scheme is seen on a waiting A320. 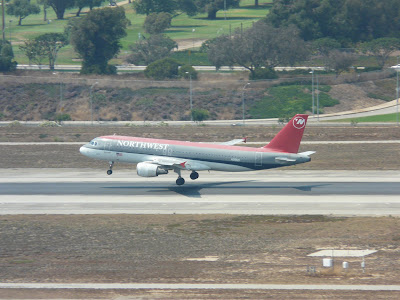 Another A320 shows the previous Northwest colors as it touches down on runway 24 right.
Posted by CaptainVector at 4:36 PM