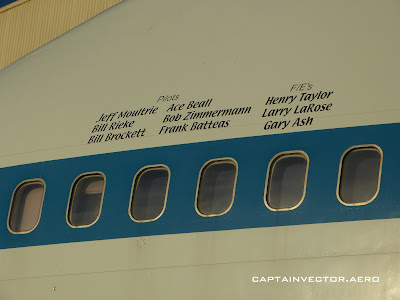 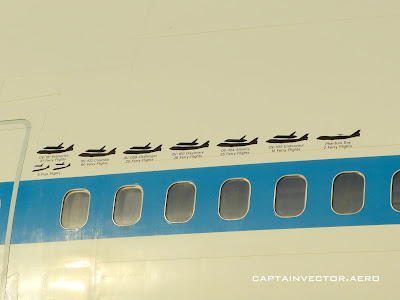 This is another rescue from my Drafts folder.  Space shuttle Endeavour was delivered to LAX in 2012, and it now resides at the California Science Center. Once the shuttle was unloaded from the carrier aircraft, known as the Shuttle Carrier Aircraft (SCA), the SCA departed LAX for nearby Edwards Air Force Base. The plan originally announced was that the SCA was going to become a parts supply for other government aircraft, as NASA operates a modified B747SP as an airborne observatory. However, NASA has two SCAs. The one seen here that brought Endeavour to LAX, NASA905, is the original SCA. It started life with American Airlines, but came to NASA in 1974. All of the development flight testing of the shuttle was done with this SCA, and it has performed most of the shuttle ferry missions. Instead of becoming spare parts however, it can now be seen at the Johnson Space Center near Houston, Texas. More about the history of NASA 905: NASA's Original Shuttle Carrier Aircraft

Posted by CaptainVector at 9:05 AM