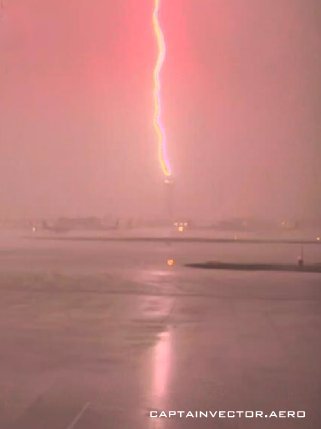 We had a line of thunderstorms push through Los Angeles around six in the morning a couple of weeks ago. Along with all the wind and rain, we also had thunder and lightning - an uncommon occurrence in LA. During the storm there were many lightning strikes around the airport, and several strikes on the field -- one of which was a direct hit on the tower! I was on duty at the time, and in the cab the flash was almost blinding. We knew that the lightning strike was really close by -- about twenty feet above our heads, as it turned out. All of our equipment is shielded from things like this, so we were able to continue on without interruption. It wasn't until later that it was confirmed to us that the tower itself had been hit. Thanks to some help from the airport, we got these photos from various cameras scattered around the field. 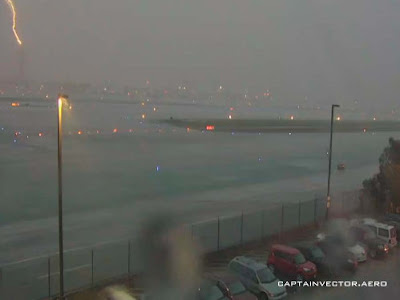 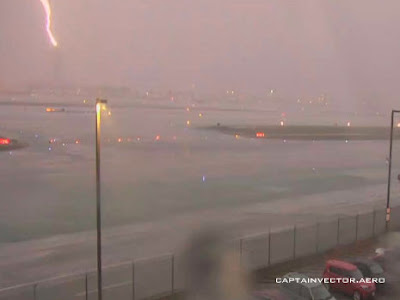 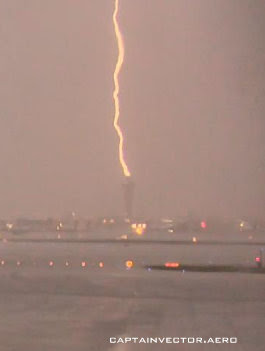 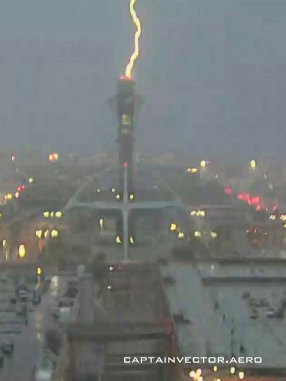 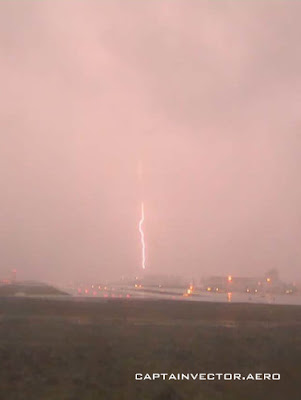 Posted by CaptainVector at 6:44 PM