No teaser: What's wrong with this picture, revealed 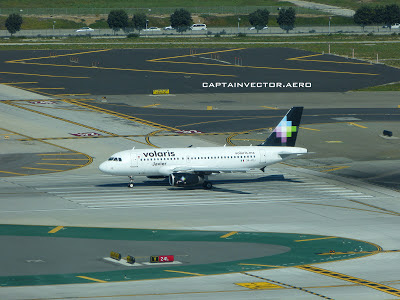 So finally, over a month after the original post, I'll wrap this one up. A couple of you guys got it after the hint in the teaser post; nice job! Above is the comparison shot I gave you; and here is the original W3TP shot: 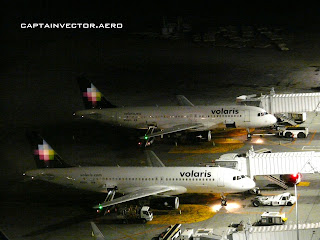 The thing I noticed, beyond it being a relatively-rare pair of Volaris A320s, was that neither of the aircraft has a name on the nose. Most of the Volaris Airbuses that we see at LAX are festooned with a person's name on the forward fuselage. Each of these people is a winner in Volaris' "Place your name on an airplane" contest, which has been run for several years now. Here are some more examples; if you look closely, you'll see a couple with names that have changed: 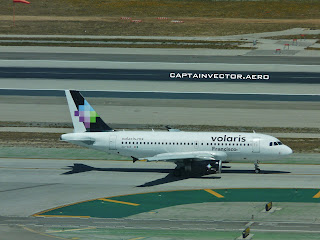 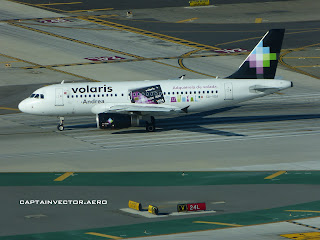 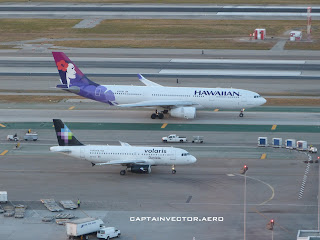 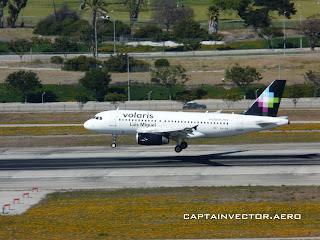 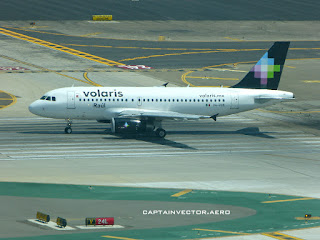 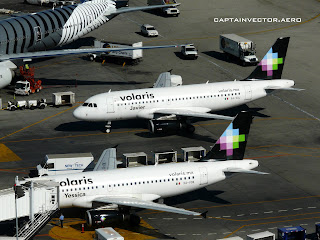 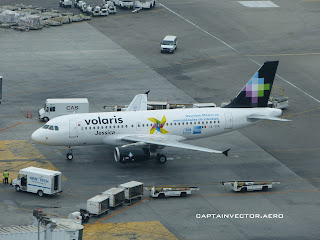 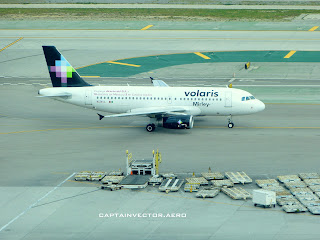 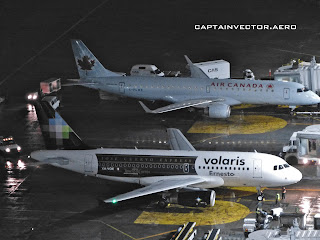 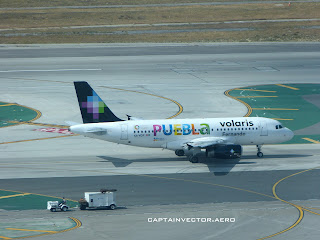 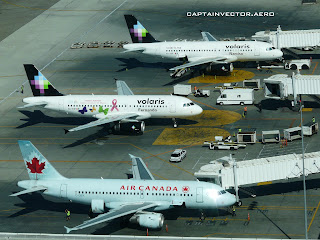 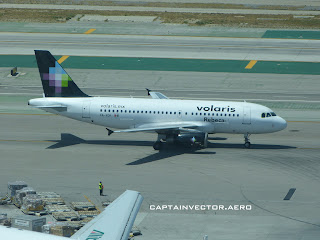 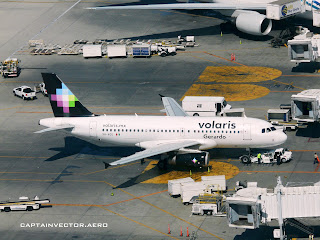 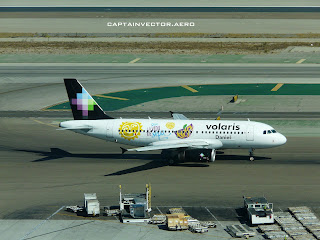 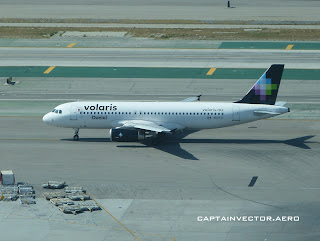 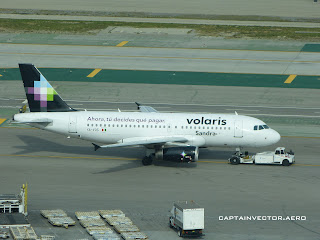 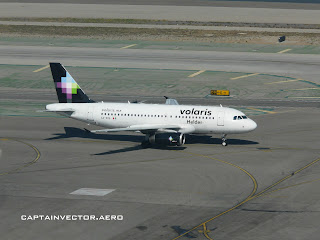 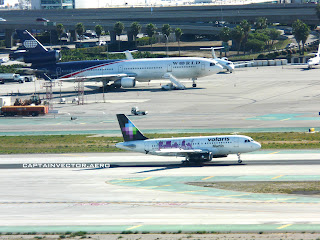 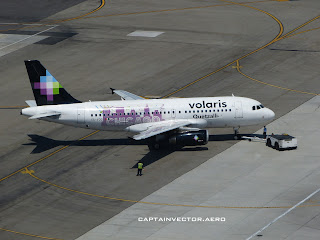 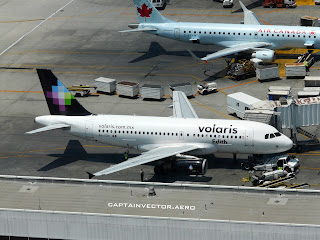 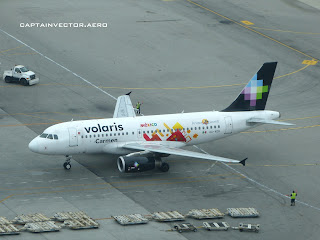 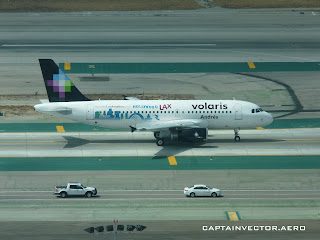 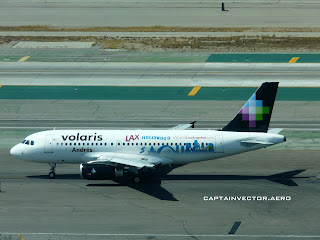 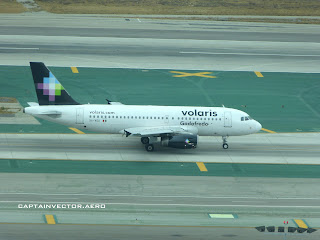 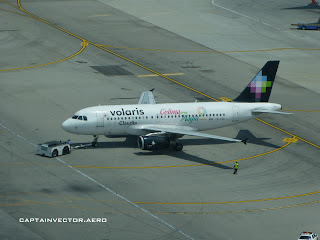 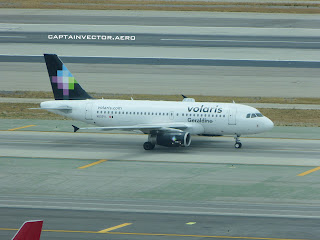 Posted by CaptainVector at 3:20 PM