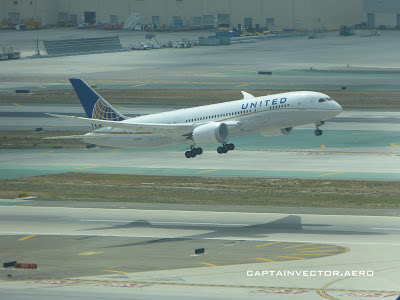 Yesterday, I saw my first Boeing B787 Dreamliner revenue flight at LAX since the grounding order was lifted a couple of weeks ago. Somebody told me that they saw it arrive the night before, so this probably wasn't the very first revenue flight at LAX since the B787s were allowed to return to service - but it was the first one I've seen. For the duration of the grounding, United had a Dreamliner on the ground at LAX; it was ferried out shortly after the announcement that aircraft could be returned to service once they've been modified. No word yet on when LAN, the only other carrier to bring Dreamliners into LAX so far, will be back with theirs. 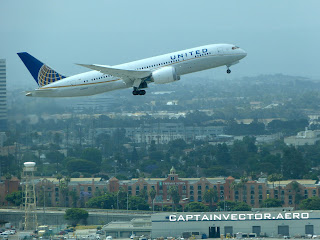 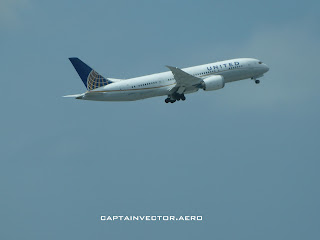 Posted by CaptainVector at 11:38 PM