As promised, here are the rest of the answers to part 7. I'm not doing that many at one time again! 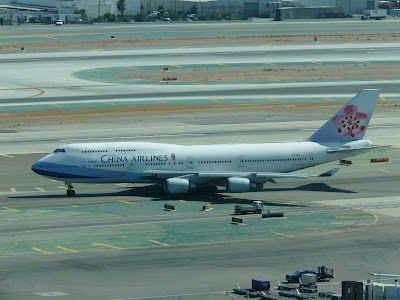 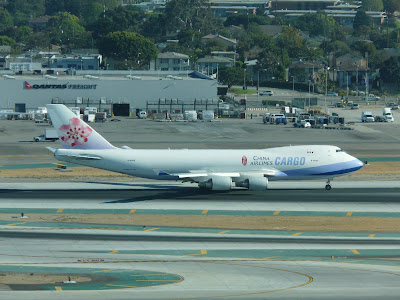 China Airlines (callsign: Dynasty) is the flag carrier from Taiwan, and serves LAX from Taipei. Their cargo flights also leave here for DFW. The logo on the tail, which I thought was a hibiscus, is actually a plum blossom. 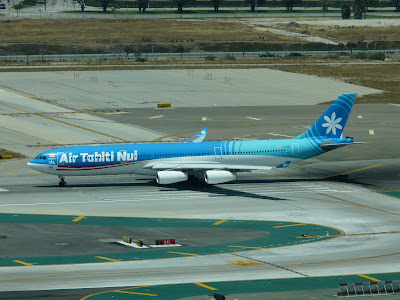 Air Tahiti offers service between L.A. and Papieti, Tahiti, as well as Paris. These routes are also served by Air France. 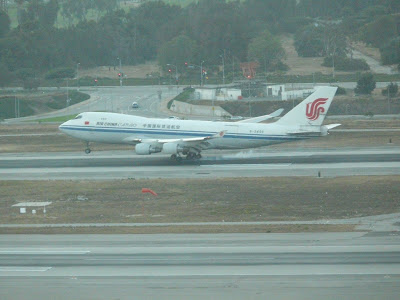 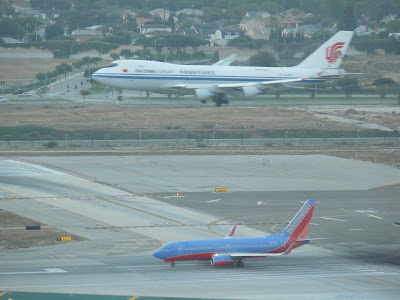 I know these look like two shots of the same airplane, but they're really not: Air China in the first, and Air China Cargo ( callsign: Air China Freight), the cargo subsidiary, in the second. These are from mainland China, and are based in Beijing. 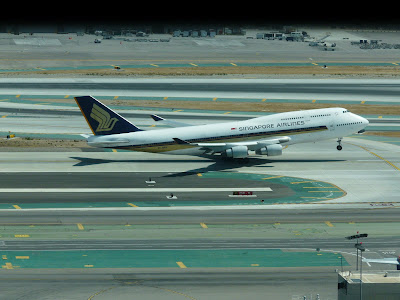 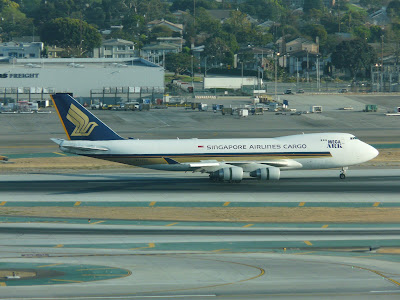 Singapore, and its subsidiary Singapore Cargo: the world's third-largest cargo airline. The Los Angeles to Singapore flight is one of the longest scheduled airline flights in the world. Singapore also flies the record holding flight, from Singapore to Newark. Both of these routes are served with Airbus 340-500's, not shown here. Singapore, the first operator of the Airbus 380, is expected to be the next carrier to bring the Airbus 380 to LAX, perhaps later this year - although I haven't been able to find any mention of it on their website. 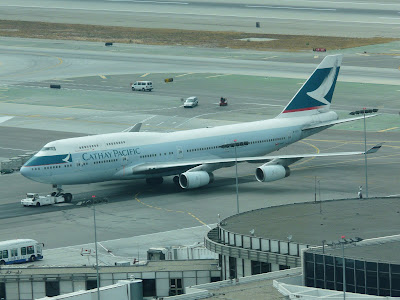 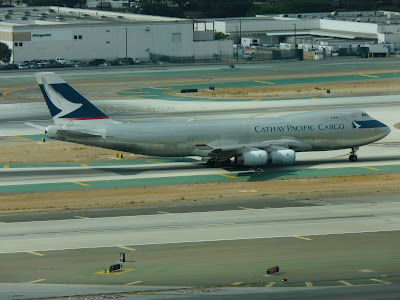 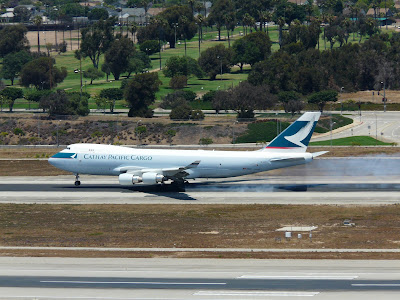 Cathay Pacific, Hong Kong's flag carrier. Besides B744's, some passenger service here uses B773's, although I the only ones I've seen have been well after dark, so no good photos for you. Instead, you get an extra freighter shot, since some are painted and some are not.
Posted by CaptainVector at 3:16 AM