For all of you basketball fans, the Lakers returned to LA yesterday. The parade is set for tomorrow, although since the city (and the state) are broke exactly who's going to pay for it is under discussion.

For those of you who aren't basketball fans, the Los Angeles Lakers just won this year's National Championship by beating the Orlando Magic in five games (out of a possible seven) this past Sunday in Orlando.

The team returned yesterday, arriving at LAX just before 1 PM local time. The airport fire and rescue guys gave them a water salute as their plane pulled into the ramp. I was working position at the time, so one our trainees (thanks Michael!) offered to take these shots of the arrival: 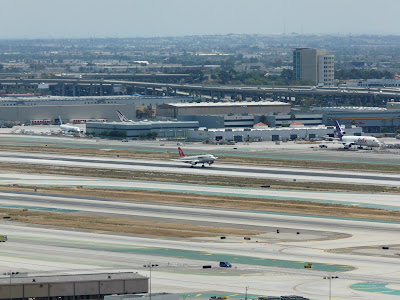 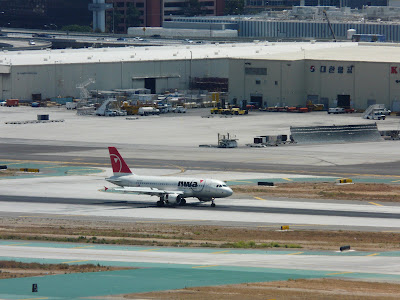 The NBA contracted with Northwest Airlines for team transportation this season. This might just be the last big thing for Northwest, as they'll be fading away as this year goes on. Here we see the A319 arriving on runway 25 left. 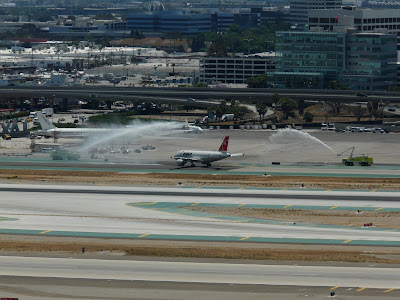 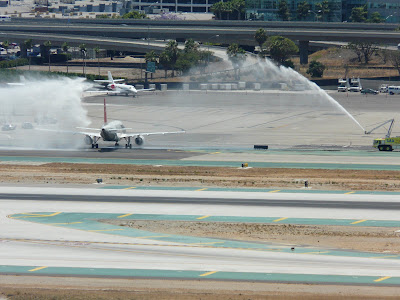 The LAX fire crew (Engine 80) provides a water salute at the entrance to the Atlantic Aviation ramp, while the TV11 helicopter hovers overhead. 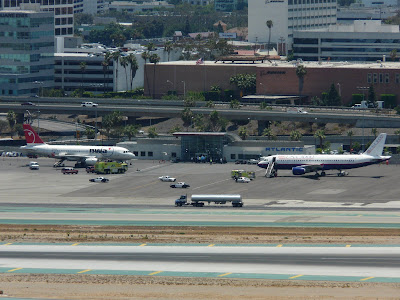 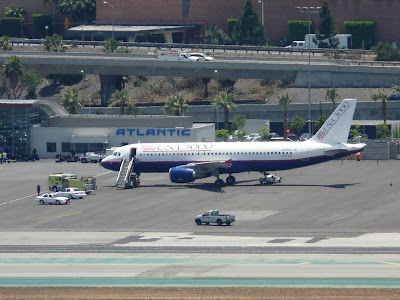 The players' families rode on this chartered Airbus, which arrived a few minutes before the team's plane.

As a supporter of the Houston Rockets, I'm saying: Just wait til next year!
Posted by CaptainVector at 9:09 AM