Finishing the answers to this part is taking forever, so I'm breaking it into two parts so that you can at least get some of them. The rest will be in another day or so . . . 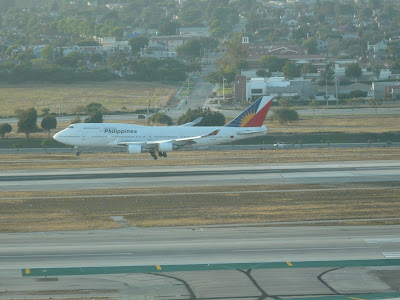 Philippines brings in mostly B744's, as seen here, although I have seen Airbus 343's as well. Service to/from Manila and Guam, although it seems like the flights I've noticed lately come in from Manila and leave for Guam. 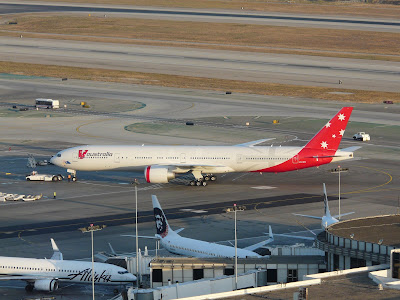 Virgin Australia is Richard Branson's latest start-up. LAX is the only place you can see them in the USA: Currently they offer service to/from Brisbane and Sidney, with Melbourne planned for September of this year. As I write this, they have a fleet of three B777-300's, with several more on order. At one point, I think we had all three on the ground here at once. 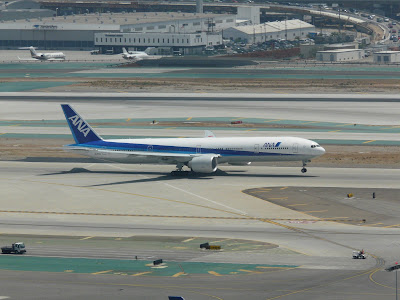 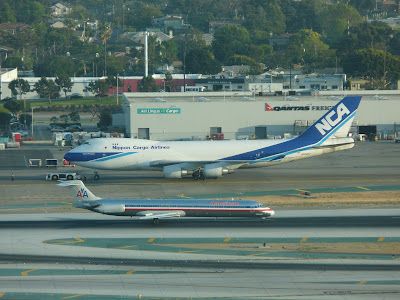 Although All Nippon and Nippon Cargo have similar paint schemes, they are now two separate operations. All Nippon serves LAX from Tokyo's Narita airport, as does Nippon Cargo, who also goes from L.A. to San Francisco and Chicago. All Nippon uses B773's, while Nippon Cargo shows up in B744's. 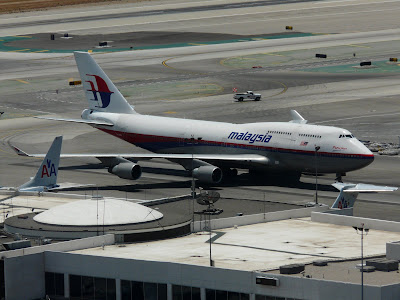 Malaysia B744 pulling into the International Terminal. Malaysia shows up once a day in the early afternoon, and then departs for Taipei early the next morning. Flight time to Taipei runs 13 to 15 hours before continuing on to Kuala Lumpur. Besides LAX, the only other airport in the USA served by Malaysia is Newark, via Stockholm. 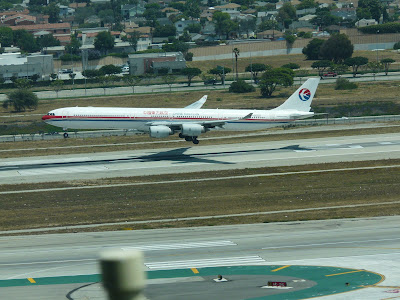 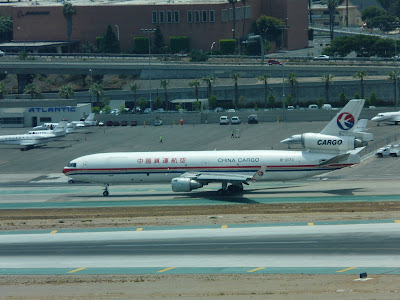 Okay, I'll admit that these two were a little tricky, although the "Cargo" logo on the MD-11's tail-mounted engine cowling should have been a bit of a clue. China Eastern is based in Shanghai, and can only be seen in this country at LAX and New York's JFK airports. Their cargo subsidiary, China Cargo (callsign: Cargo King) doesn't serve New York, but has several other US destinations. China Eastern shows up in Airbus 340-600's, while China Cargo uses MD-11's and recently added B747-400's.
Posted by CaptainVector at 3:20 AM