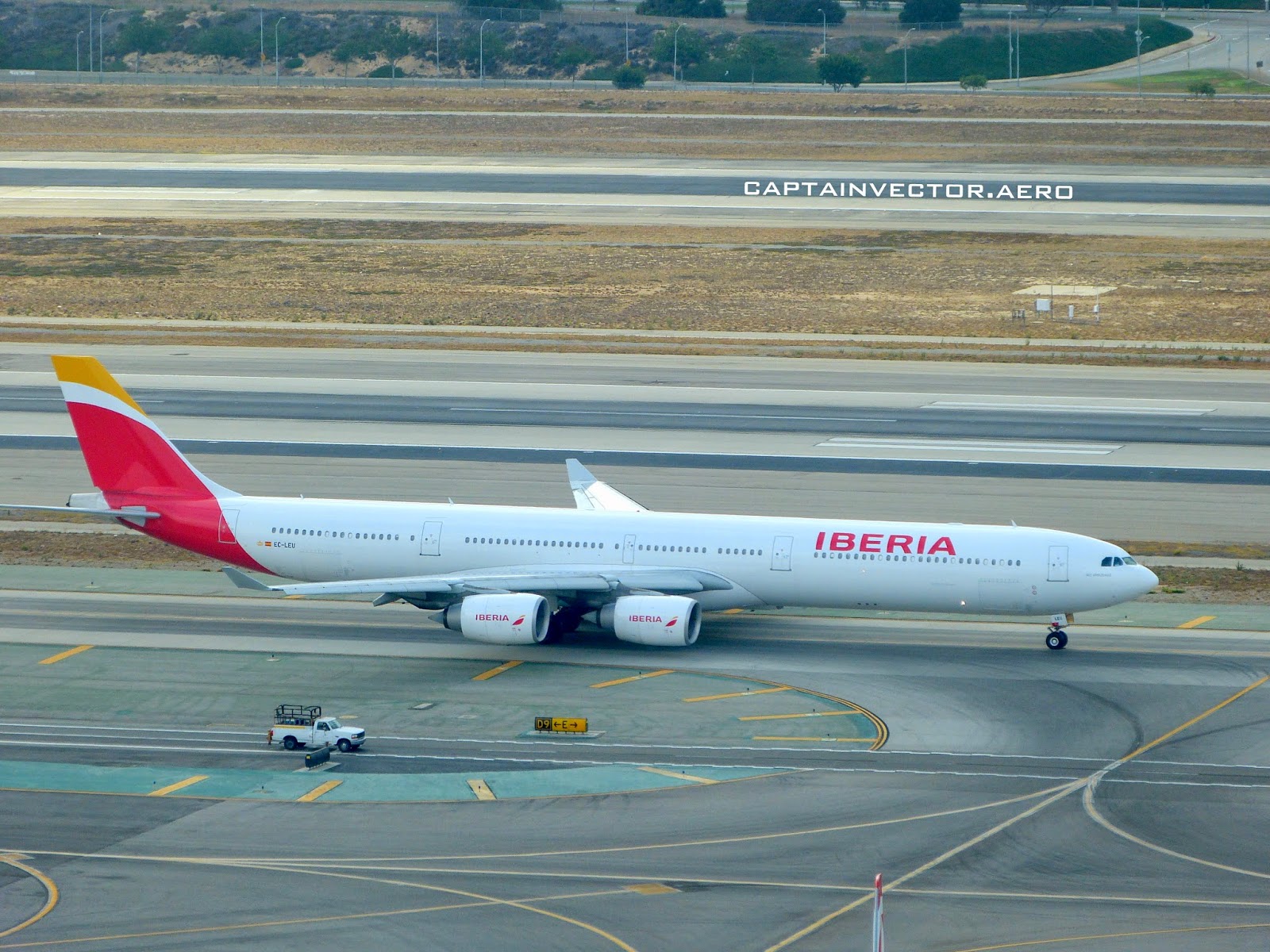 After my post from earlier this month, one might suppose that I don't like the current trend of airline liveries. But as always, there's the exception that proves the rule, and this is it. Above and immediately below are Iberia's new colors on an A340-600. I apologize for the poor photos, but you get the idea. 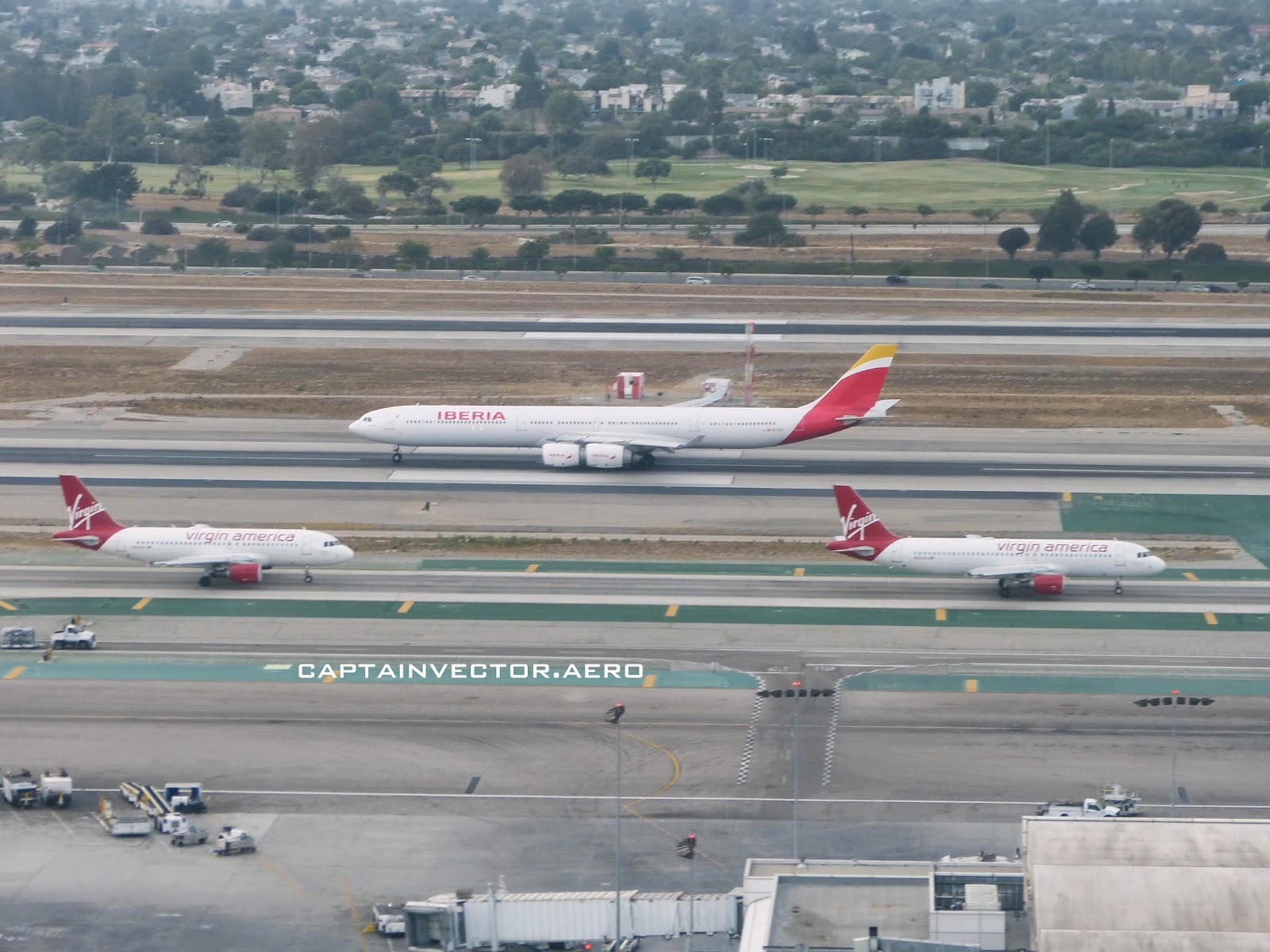 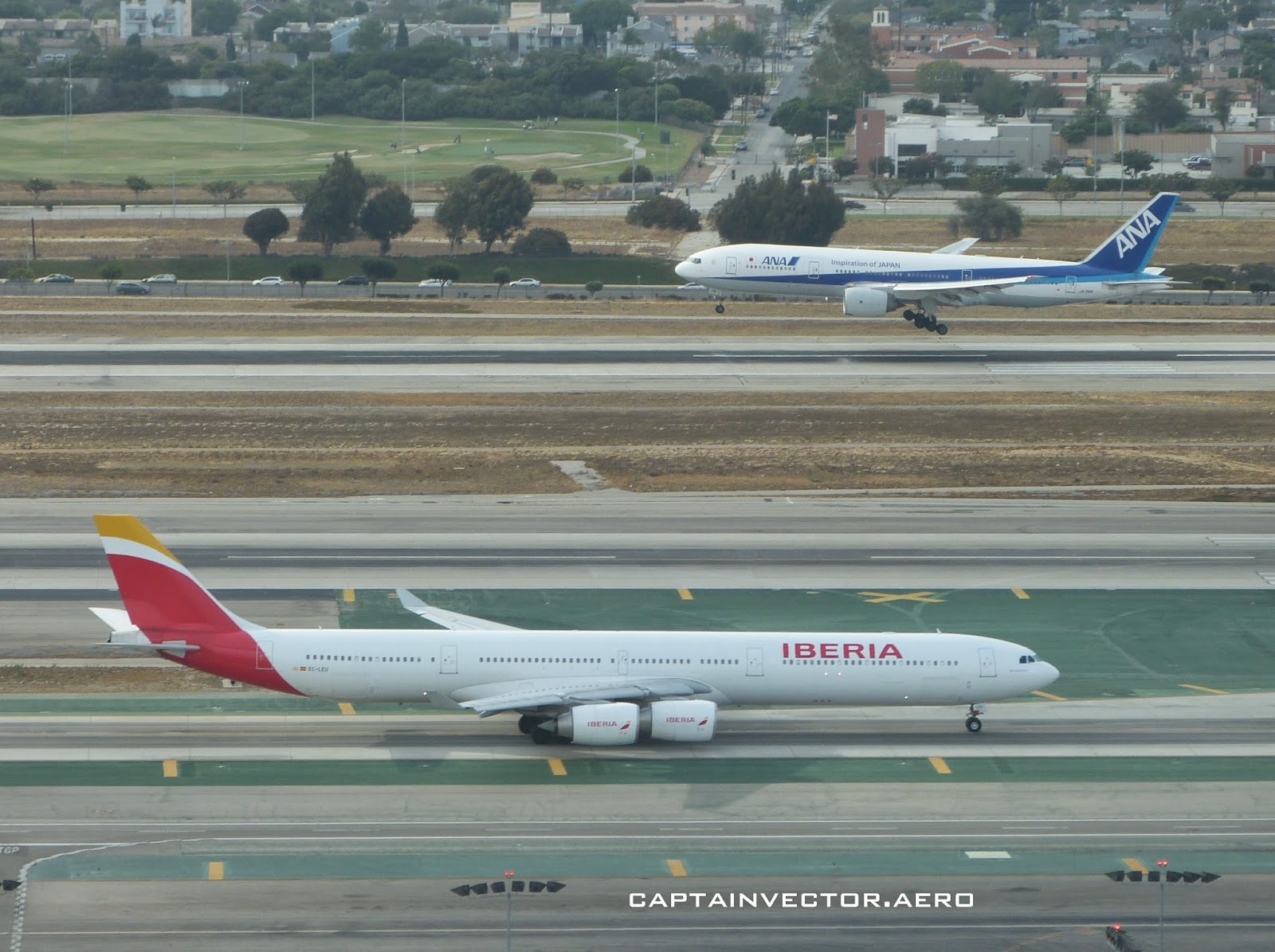 And now, take a look at the livery that is being replaced by what you've seen above: 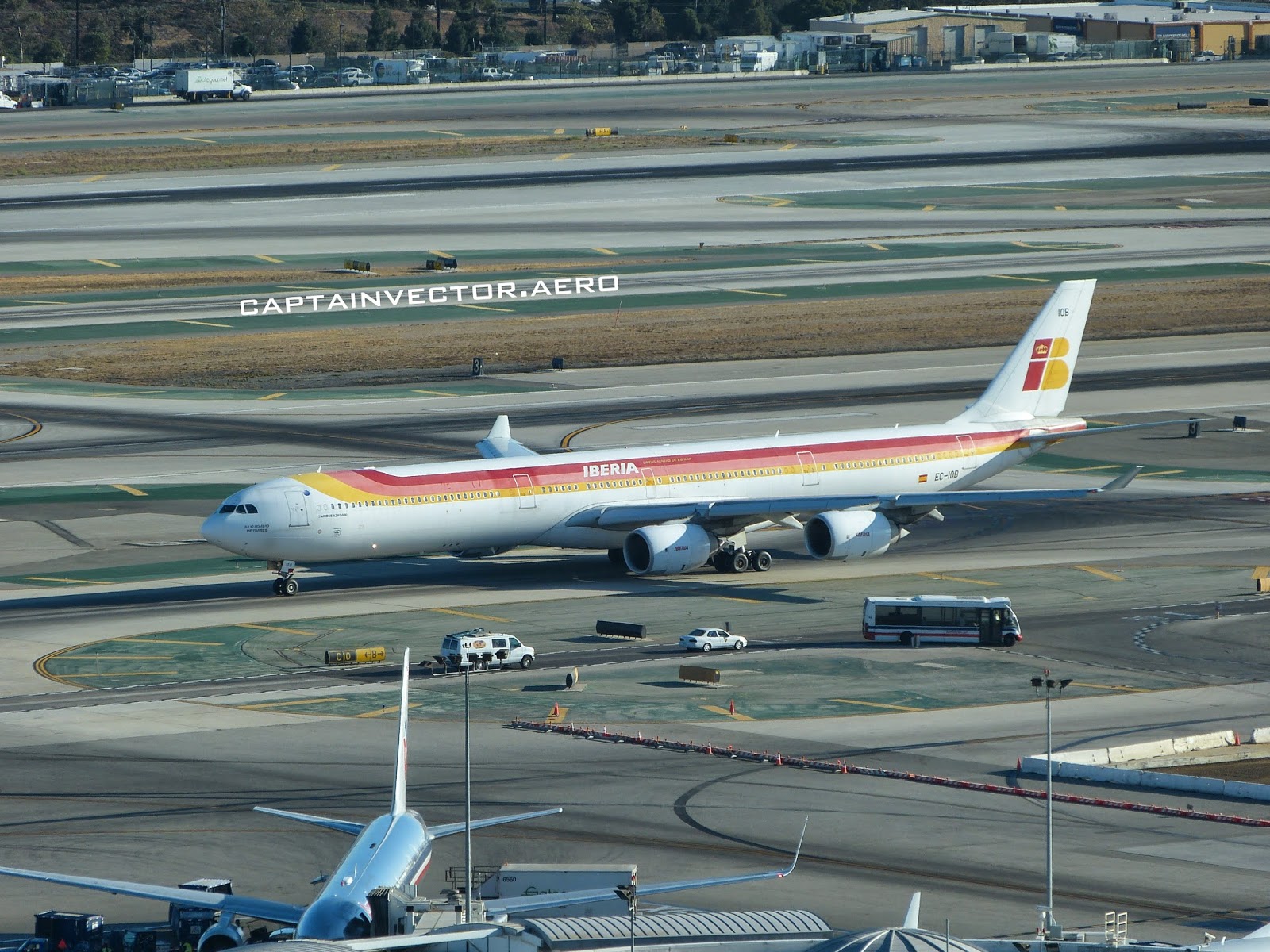 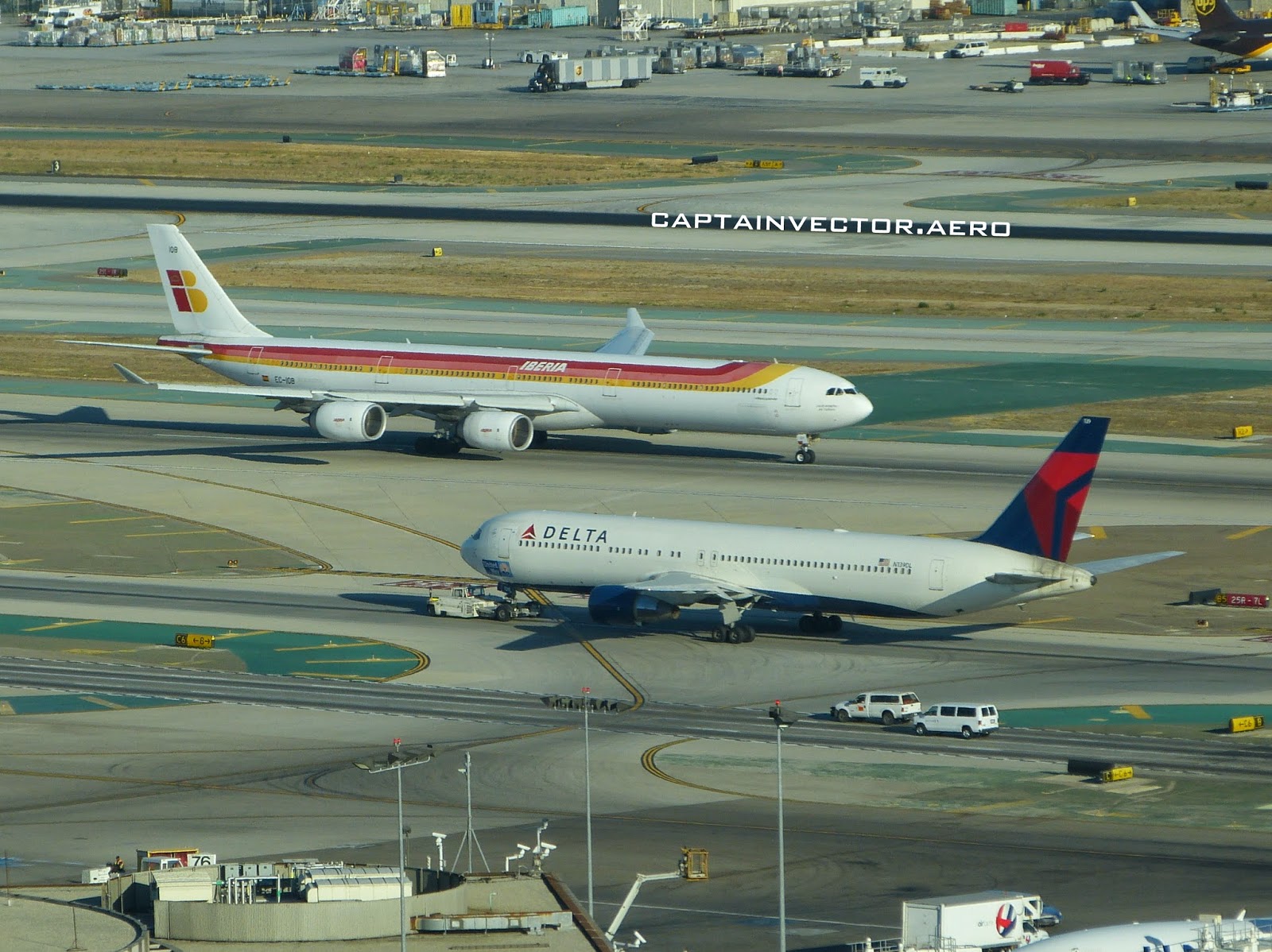 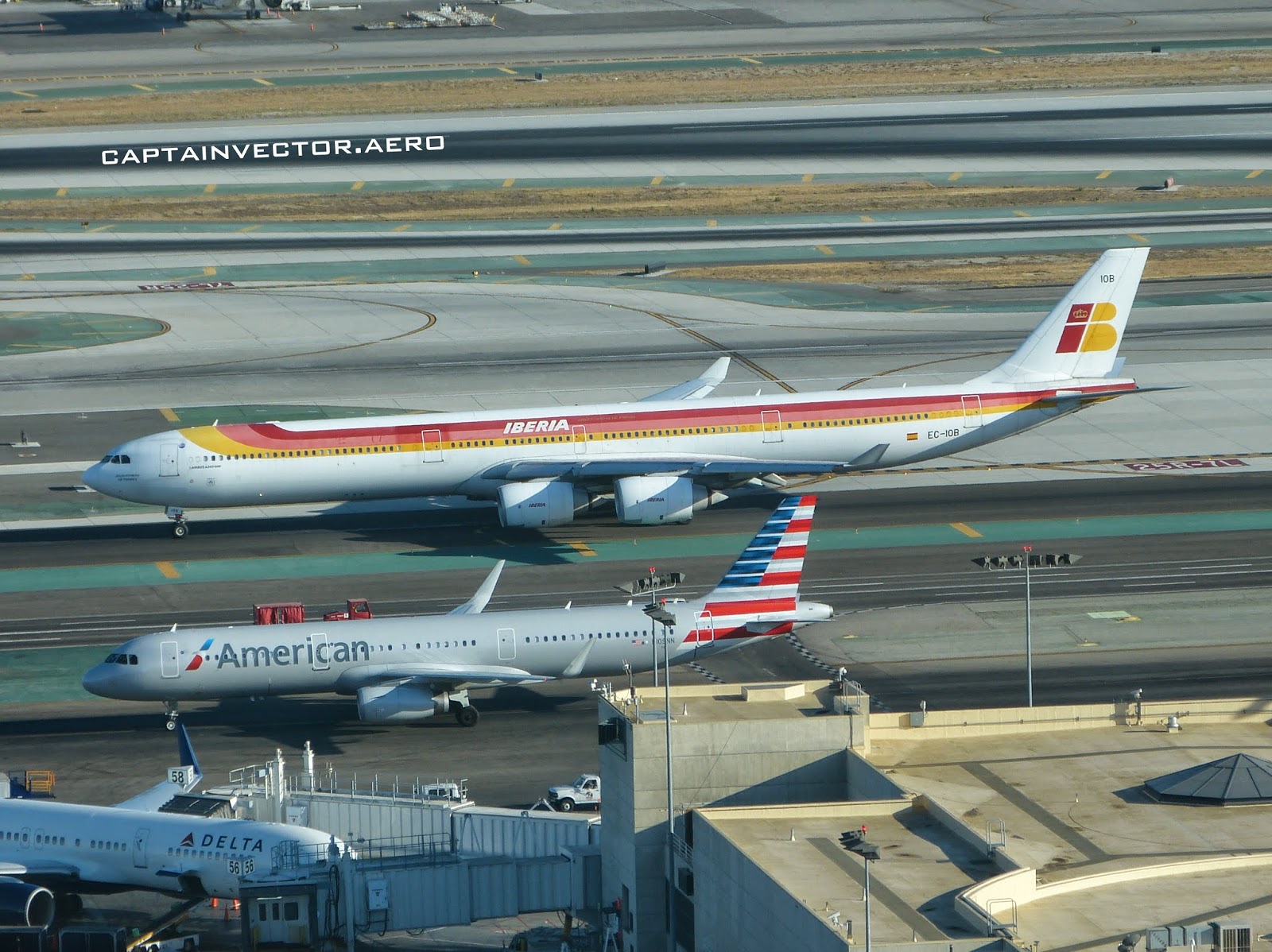 A definite improvement, wouldn't you say? Meanwhile, from the department of Just Because, another shot of the new Air New Zealand livery, this time modeled on a B777-200, which we don't see very often at LAX in New Zealand colors: 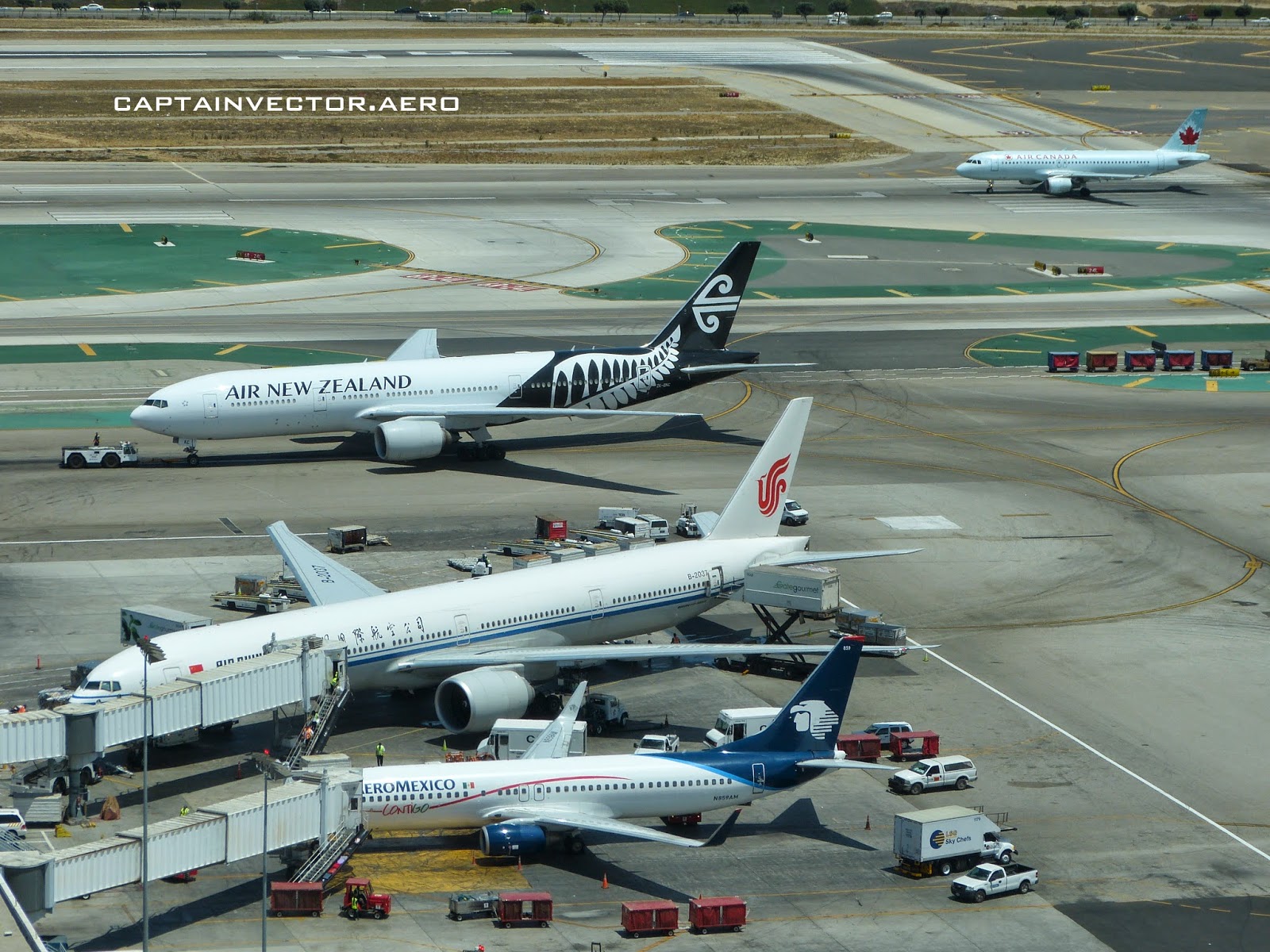 Posted by CaptainVector at 12:53 AM