Just like our highways, most large airports seem to be constantly under construction. Quite often it's to repair pot holes or broken pavement; this goes on nearly every night at LAX - when possible, the airport does this sort of work at night because it has less impact on the operation than if done during the day, when things are busier. But sometimes, the work is too extensive to knock out overnight: 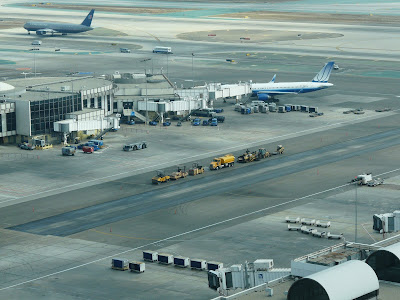 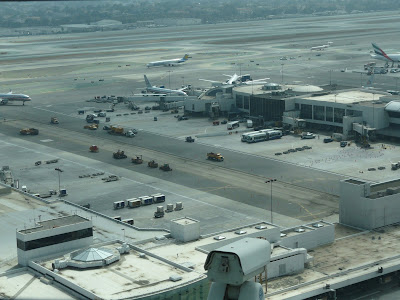 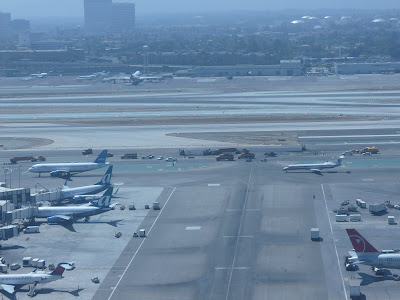 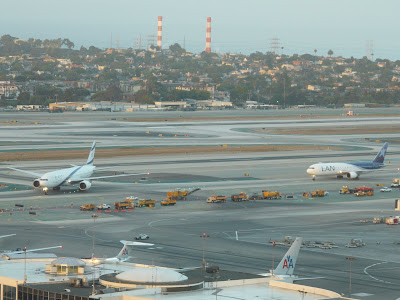 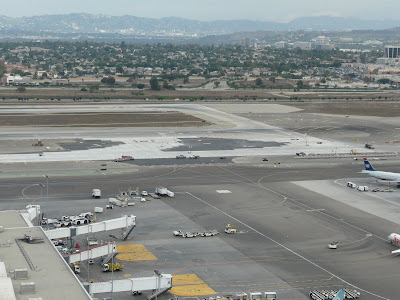 Taxiway E-8 relocation
Besides the repair work, there are major changes, usually additions, that take place as well. For instance, a while back I showed you a ground-level view of our new taxiway Romeo, which had just opened. Over the years, there have been other big changes at LAX. The biggest was the relocation of runway 25R/7L and the construction of a new parallel taxiway between 25L and 25R. To illustrate the changes over the last decade, let's take a look at the Airport Movement Area Maps published by Los Angeles World Airports (aka LAWA): 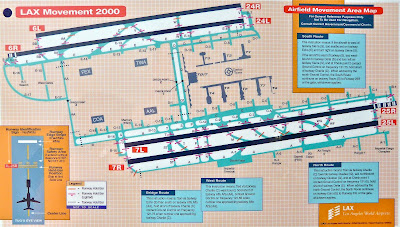 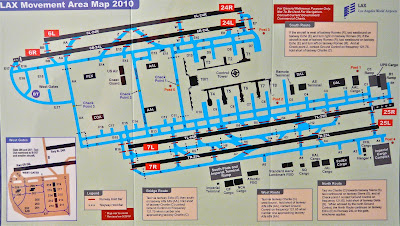 These Airport Movement Area Maps are intended for use by airport operators such as tug and truck drivers, aircraft maintenance mechanics, and other ground personnel on the airport, as well as pilots. We use them in the tower for training and reference material.

The taxiway Romeo project started last summer, and took almost a year to complete. Here are some shots of the work in progress, in roughly chronological order:
The center section of taxiway Romeo, which cuts through the middle of the airport and crosses over World Way West, the road that runs up the center of the airport's west side. This required construction of a tunnel for World Way West to pass beneath the taxiway: 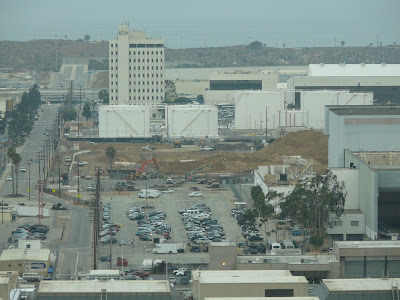 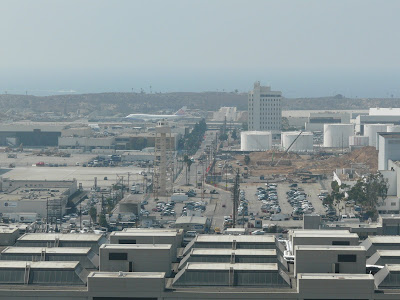 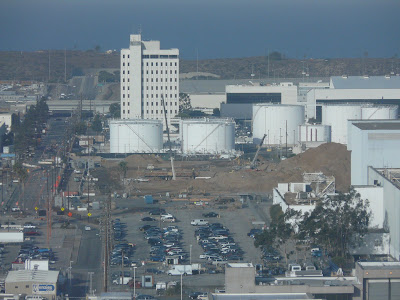 Take a close look - that crane is in a hole! 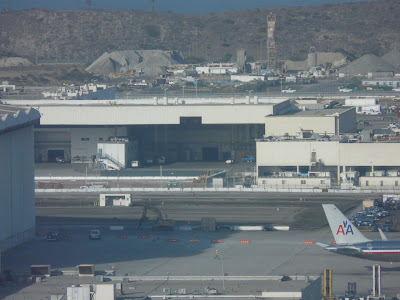 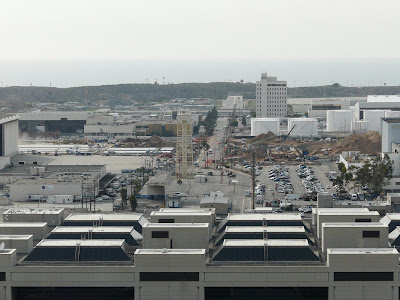 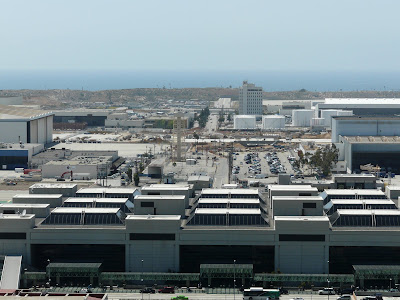 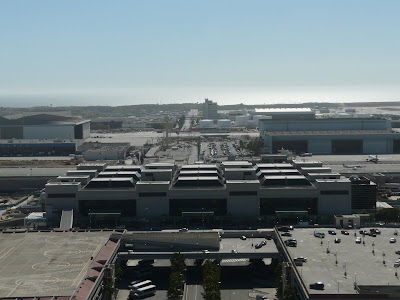 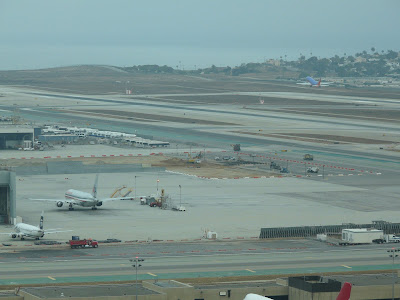 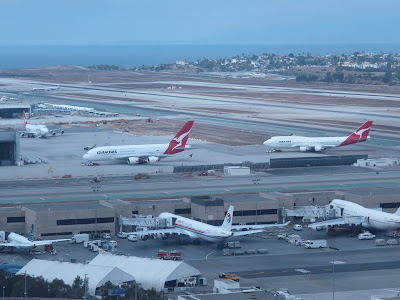 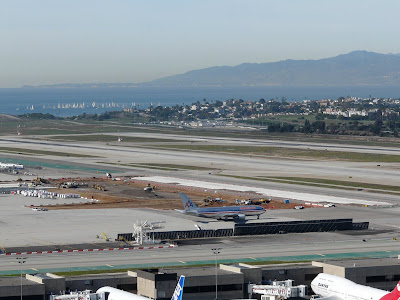 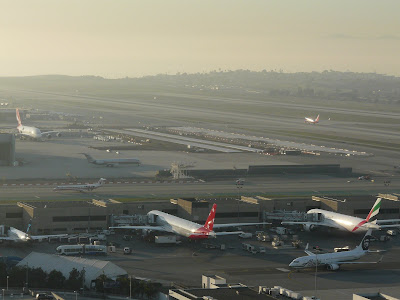 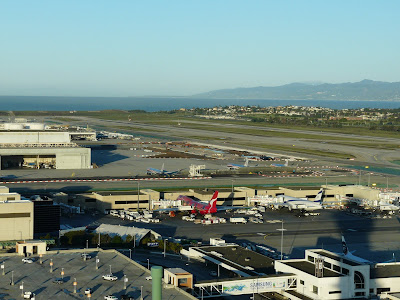 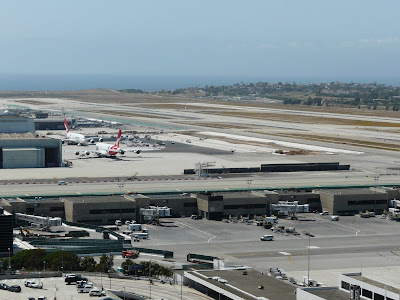 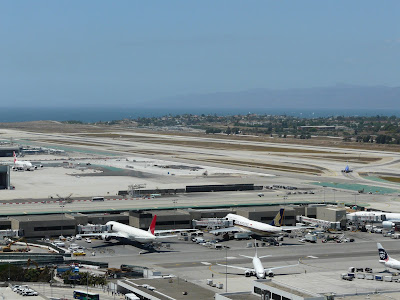 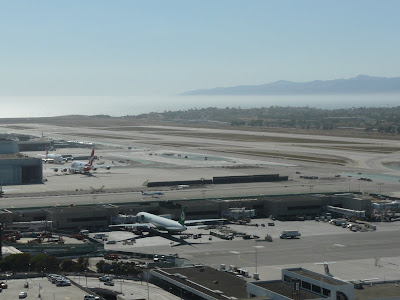 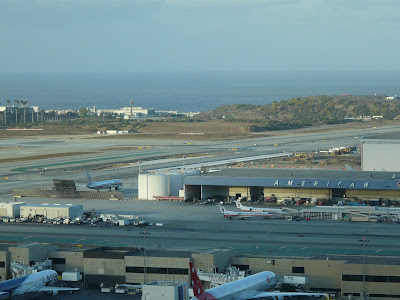 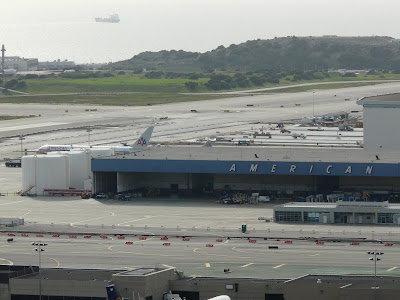 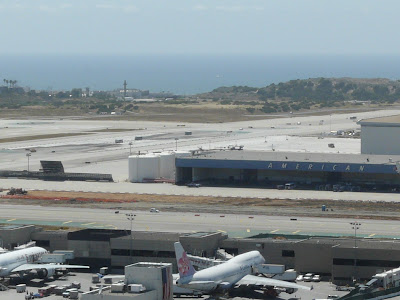 Posted by CaptainVector at 12:24 PM