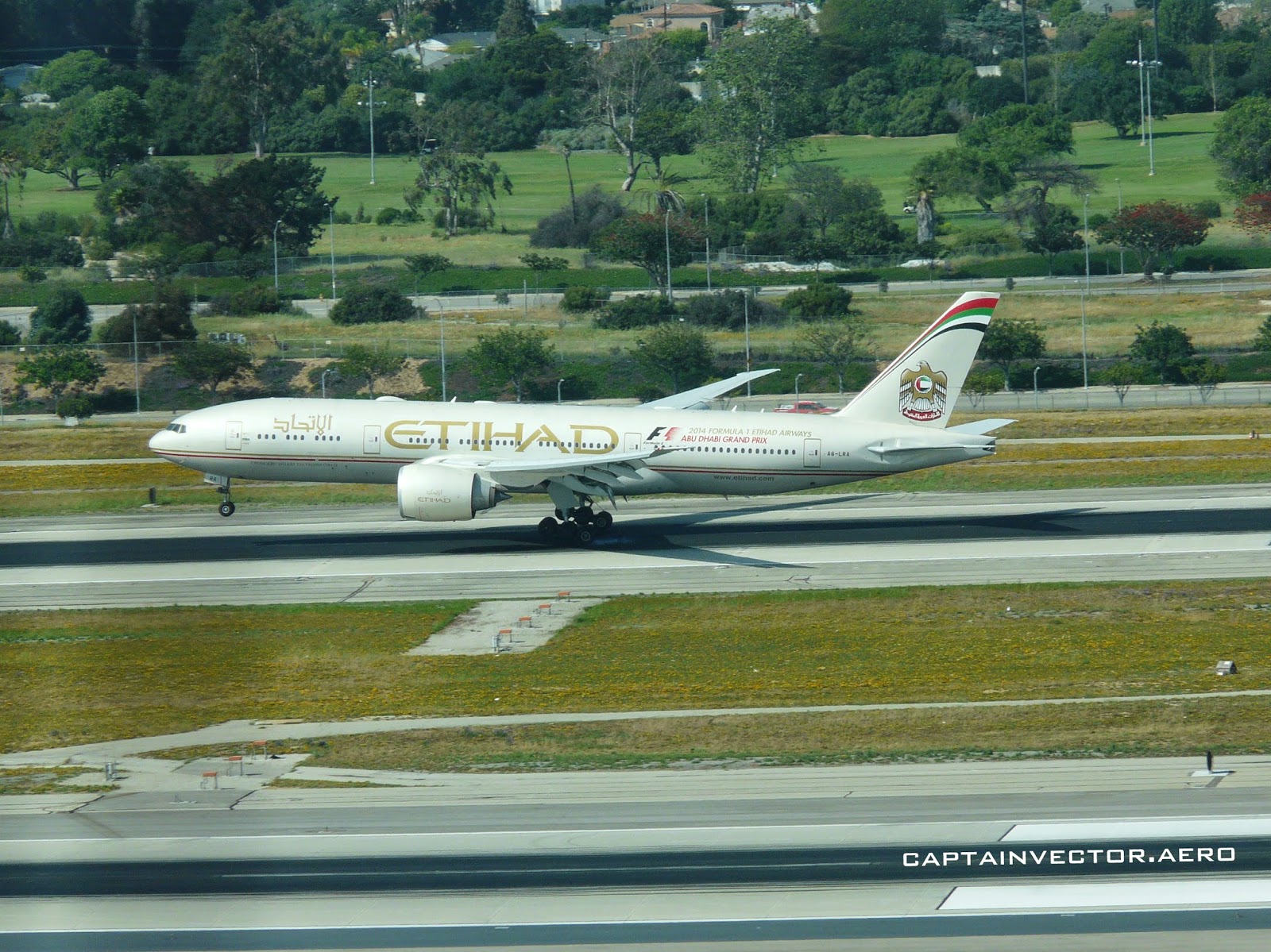 One of the newest carriers at LAX is Etihad, from the United Arab Emirates. The nonstop to/from Abu Dhabi is around fifteen hours in a B777-200LR. The aircraft in the opening shot has markings commemorating the 2014 Abu Dhabi Grand Prix: Last year and again this year, Abu Dhabi is the site of the final race in the Formula One racing season. Meanwhile, a lot closer to home, actor Vin Diesel was on hand a week ago for the arrival of another Etihad aircraft to promote the latest in the Fast & Furious movie franchise, which opens here in Los Angeles on April first: 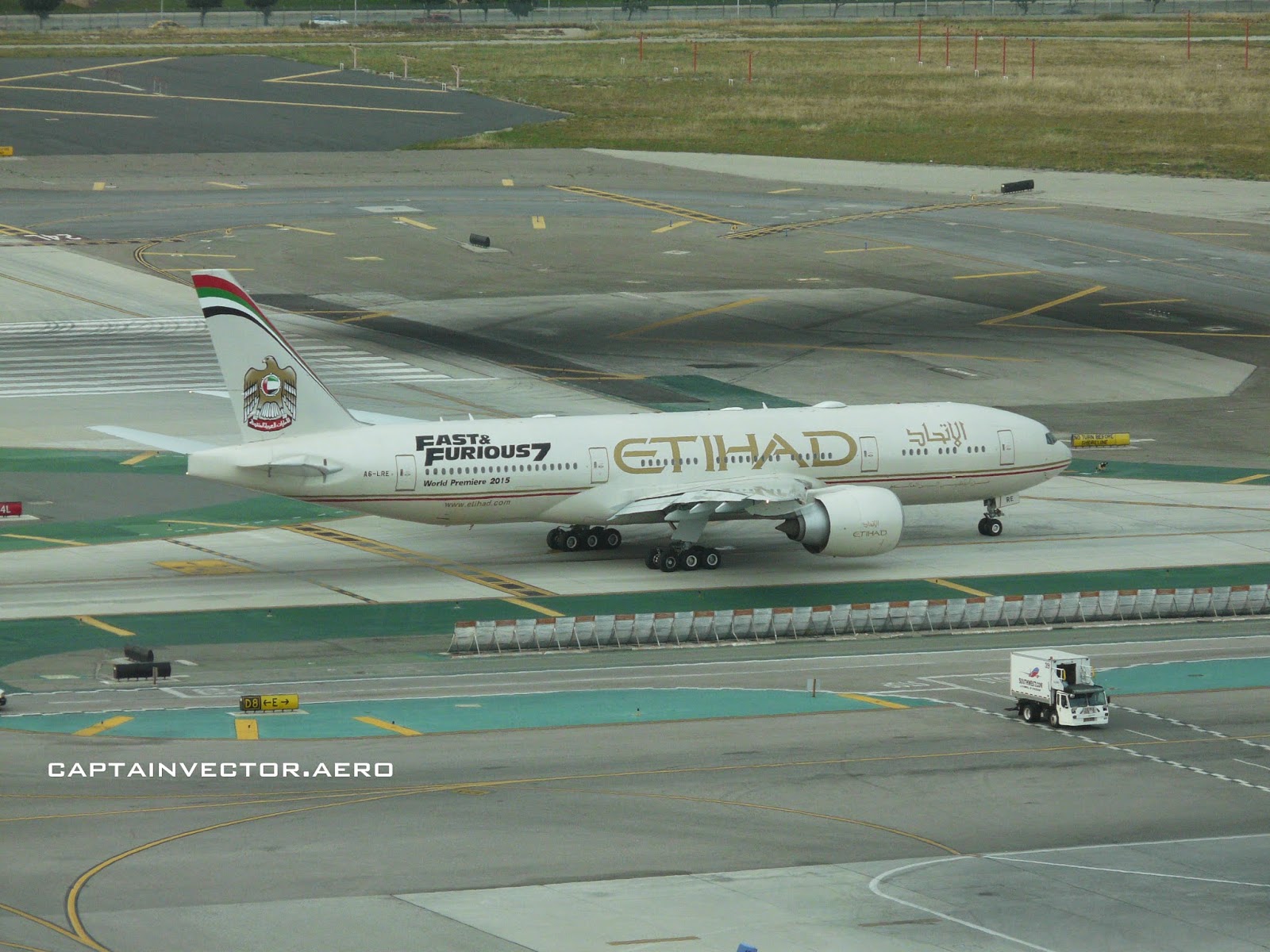 Posted by CaptainVector at 9:58 PM

Email ThisBlogThis!Share to TwitterShare to FacebookShare to Pinterest
Labels: B772, B777, B777-200, ETD