And Now We Have Six* 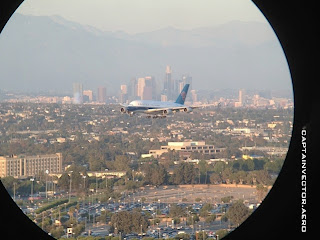 Seeing as how it happened last month, this doesn't quite qualify as news anymore, but I wasn't there when it happened. Thanks to enterprising cohort TB, however, I now am able to bring you photos of the first arrival of LAX's sixth daily A380 flight. China Southern is Asia's largest airline, and has been present at LAX for some years now in the form of a daily B777-200 flight from Guangzhou (formerly Canton), China. Earlier this year, I noticed that they had added a cargo B777-200 flight, also from Guangzhou. In October, the daily passenger flight became an A380. As the flight schedule hasn't changed, this is now the last of our six A380 arrivals each day, generally appearing sometime around 6 pm. With our transition back to standard time, this flight now arrives after dark, so better photo opportunities will have to wait until next spring. 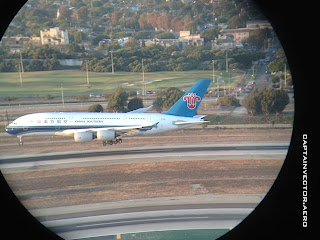 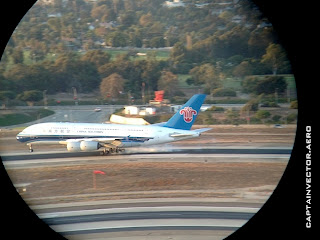 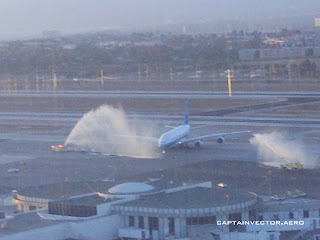 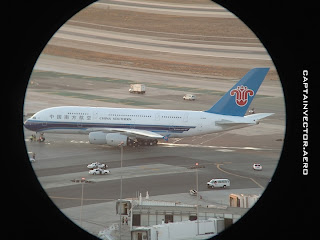 Special thanks to TB, whose resourceful use of binoculars and iPhone made these photos possible.