Another what's wrong with this picture - Explained 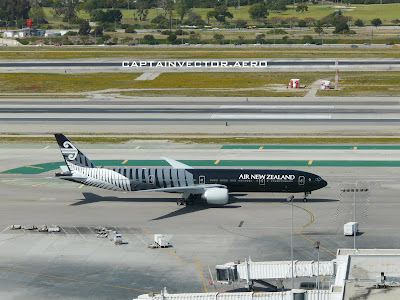 It's been nearly a month since I posted Another what's wrong with this picture, so I guess it's about time I finished what I started. Although several of you guessed correctly in the comments, I found that I didn't have good photos to illustrate the solution. Thus the delay (well that plus a new trainee, income taxes, theatre stuff, the Baron's annual inspection, etc). Here's what was supposed to happen: 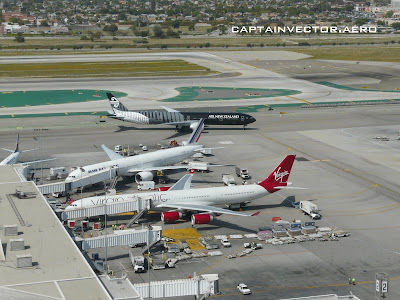 Air New Zealand operates out of Terminal 2, and most frequently gate 21, which is at the bottom of the D-8 alley. 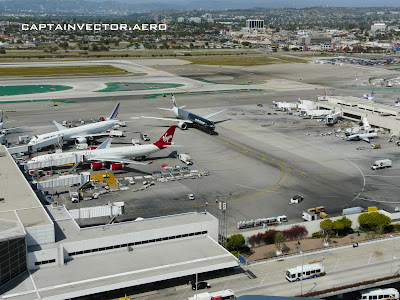 Because of the size of the aircraft and jet blast concerns, B777s (and B747s and A340s) do not taxi directly onto the gates in any of the alleys at LAX. Instead, they taxi into the alley and then shut down abeam their gate. 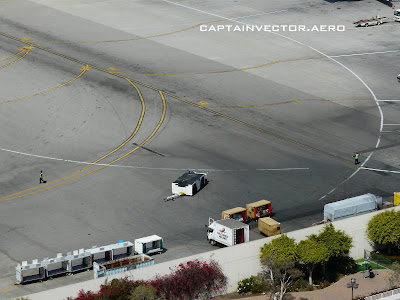 Then the aircraft is hooked up to a tug to be towed onto the gate. Here we see the waiting tug and crew 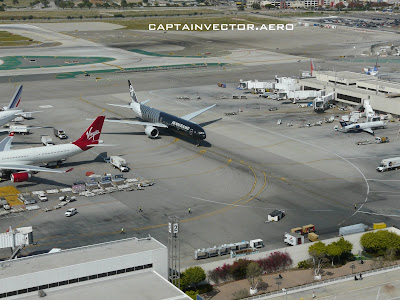 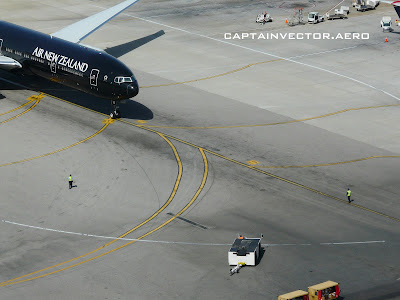 Once the aircraft's engines are shut down, the tug crew approaches 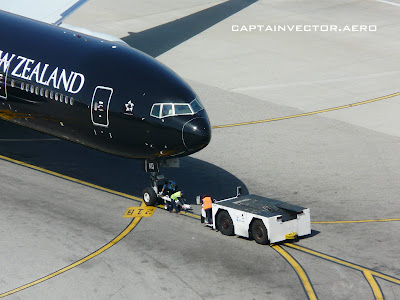 The tug and towbar are connected . . . 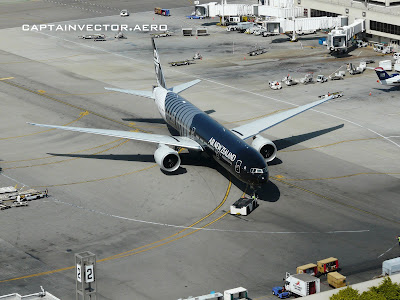 . . . and the final turn into the gate. The amount of thrust that the left engine of the B777 would have to put out to do this under its own power would send the ground equipment parked behind it at gate 8 flying (I have seen this happen), and would also damage the CRJ at gate 6. 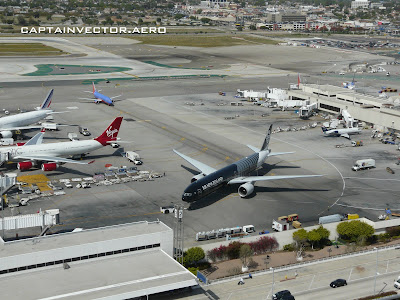 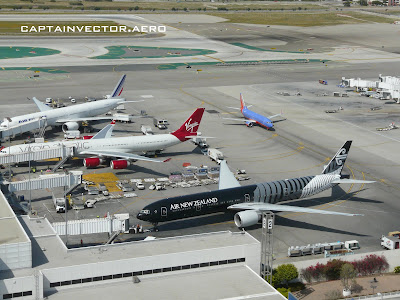 Now, with all of that shown and said, the real problem with the photo I showed you last month was that the B773 didn't make the turn into the D-8 alley. I wasn't working on that side of the tower when it happened, so I can't tell you how that came to be. One of the many airport restrictions at LAX is that nothing larger than a B767-300 can be on Taxiway Delta east of D-8 (in other words, passing abeam Terminal 1). All such aircraft have to be on Taxiway Echo, because they won't fit on Delta. There is a good chance that, had New Zealand continued forward, there would have been some paint traded with US Air or Southwest. And they really frown on that sort of thing in our business.
Posted by CaptainVector at 10:49 PM