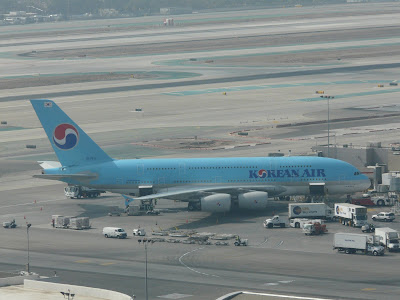 Last week, Korean Air became the third airline to operate the A380 on scheduled flights at LAX, flying between Los Angeles and Seoul three times a week. I missed the inaugural flight thanks to a plumbing emergency at the theater, and since then the weather has not been ideal for photos. But here they are anyway, showing a recent arrival on Runway 25 Left on a very hazy morning: 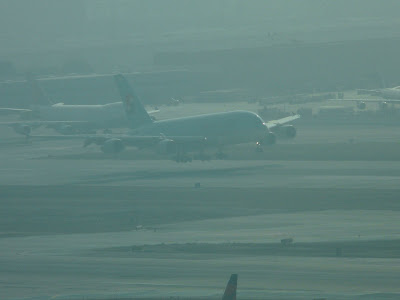 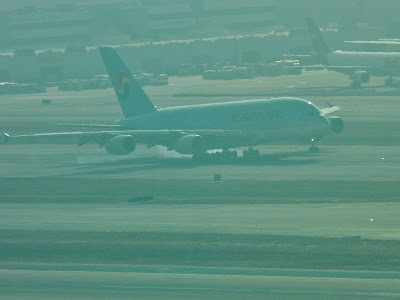 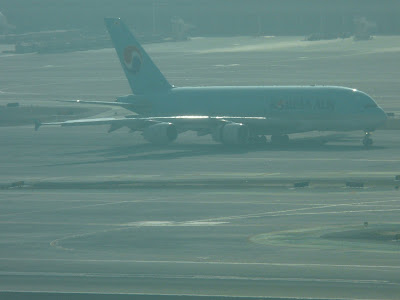 Like Qantas and Singapore, the Korean A380 will usually be parked at either gate 101 or 123; in this case the former: 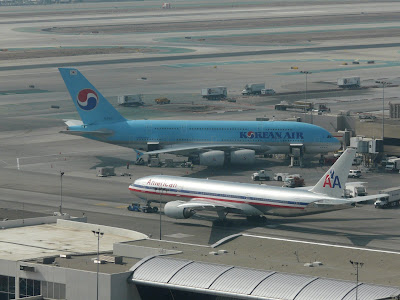 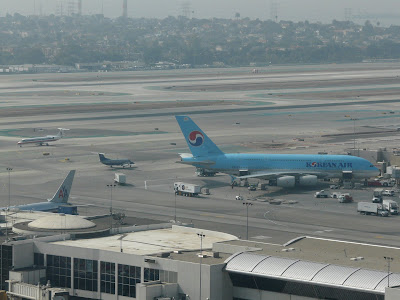 And here with an American Eagle E140 and a SkyWest E120

Conditions were somewhat better by departure time. Due to taxiway construction on the north side of the airport, Runway 25 Left was the preferred runway for Korean's midday departure: 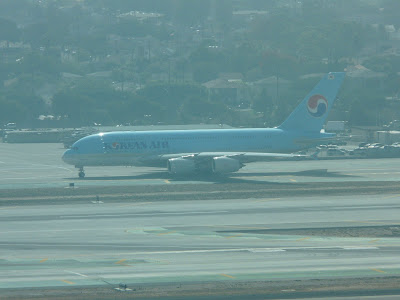 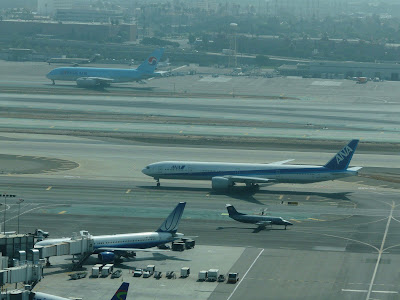 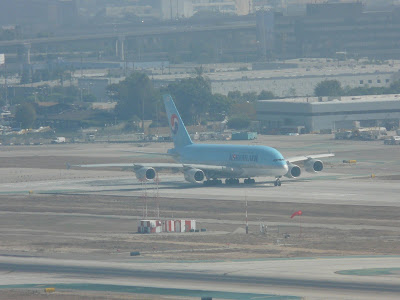 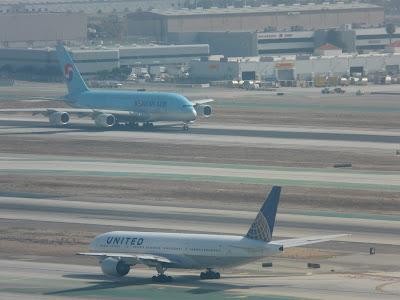 Take off roll, with a newly-painted United B772 in the foreground 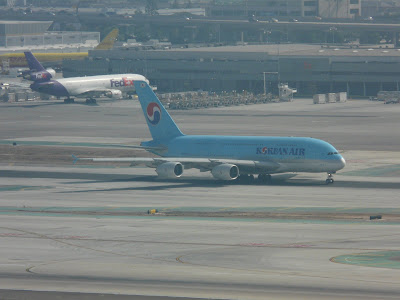 Still rolling, with a Fedex DC-10 in the background 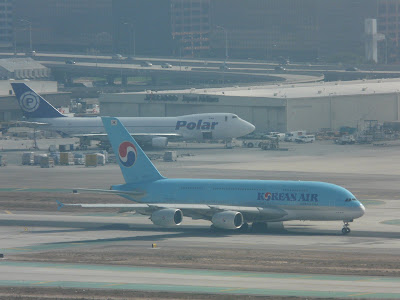 A little further down the runway, with a Polar B744 in the background 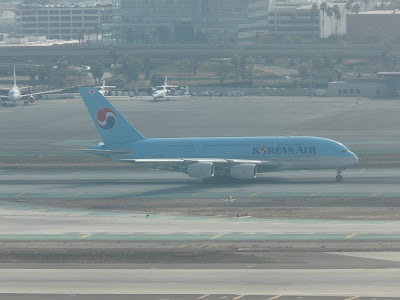 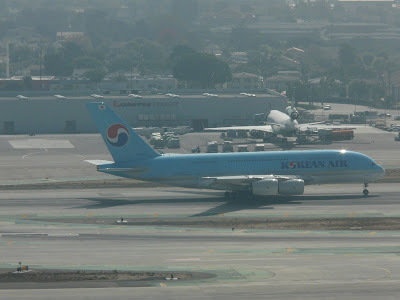 That's an Eva Air MD-11 tail-on to the camera 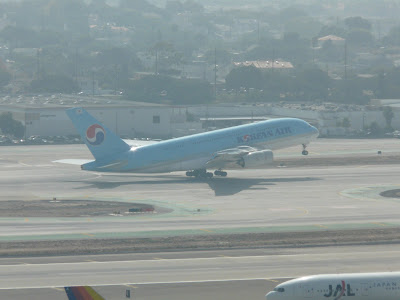 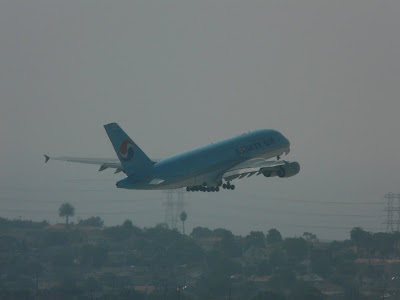 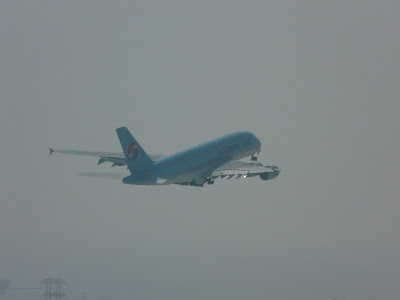 For those planespotters among you, here is the schedule for A380s at LAX: 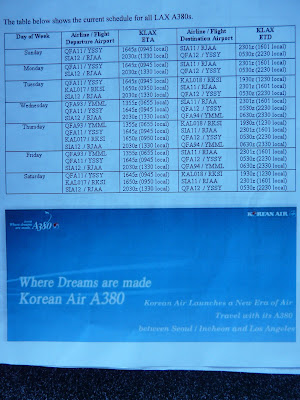 According to this schedule, which we received from the airport, Thursday is the best day for seeing an A380 at LAX: That's the one day that you can see A380s from all three carriers.
Posted by CaptainVector at 3:29 AM