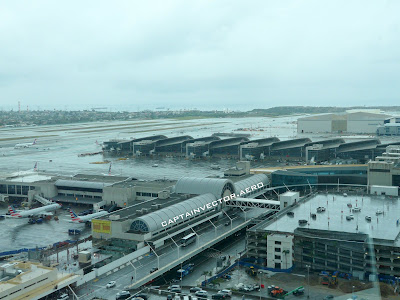 Just about the only topic in the news this week has been the growing Coronavirus pandemic. Los Angeles reported its first cases earlier this month, and now we have hundreds. As I write this, the state of California is in its first day of a state-wide "stay at home" order. Traffic on the roads is lighter than normal, although it is surprising just how much there still is.

Not surprisingly, traffic at LAX is down too. While we've only begun to see the flight cancellations, our traffic count for the last few days is already a couple of hundred operations less per day than the same time last year. Normally we would be in the midst of the spring break rush, and it had just started to build last week when the coronavirus situation started to get serious in the US. By April, I expect that every day is going to feel like Thanksgiving or Christmas day at LAX, when we run really low numbers of aircraft. 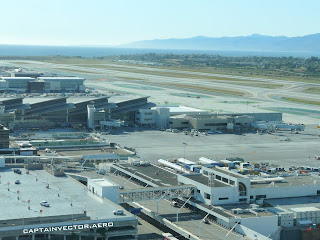 So far, the FAA is playing "catch up" as the situation evolves. While we have contingency plans, this is outside the imagination of most of our bureaucrats. So far, four FAA facilities across the country have been hit with some sort of exposures reported. The FAA administrator is in self-quarantine after a meeting with a Florida congressman who was later found to be positive with the coronavirus. At LAX, we haven't allowed any outsiders into the building since last week. Most of our administrative people having been staying home this week. All meetings, workgroups, and training activities have been postponed or suspended. In order to allow our controllers to maintain "social distance" while working position, some positions are being combined up. This shouldn't pose any problems since the traffic volume is down and is expected to diminish further. All of this is on top of the usual stuff like extra cleanings and lots of sanitizer and gloves.

Meanwhile, the airlines are bracing for dire times. The big three -- American, Delta, and United -- have all announced drastic cutbacks in their schedules. Each of them have said that hundreds of aircraft are going to be parked, some probably forever. So far I've heard of two regional airlines in this country that have announced that they will be ceasing operations permanently. Another one already has in Britain. I think it's safe to say that the worldwide pilot shortage has just ended, and there's no urgency for Boeing to get the B737 Max back in the air anytime soon.

But enough of the gloom and doom. This country has the safest air traffic system in the world, and we're not going to let the coronavirus change that. Construction at LAX continues apace: 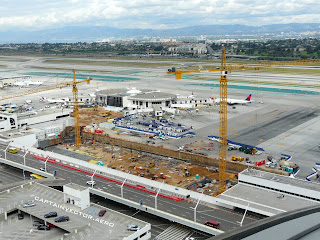 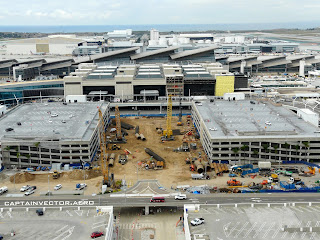 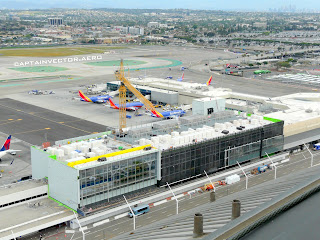 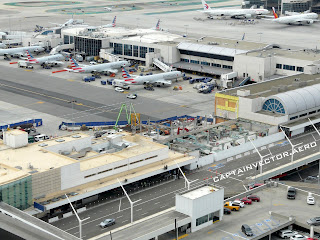 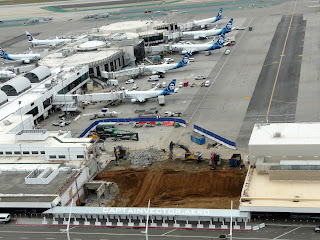 We've had several rainy days lately; here's a photo sequence from one of them: 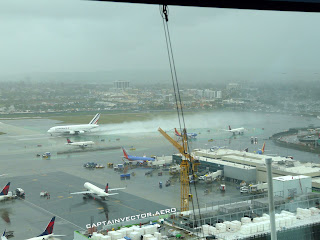 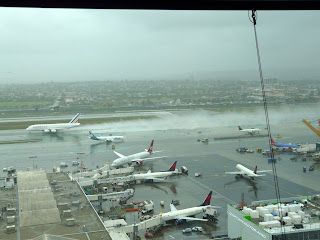 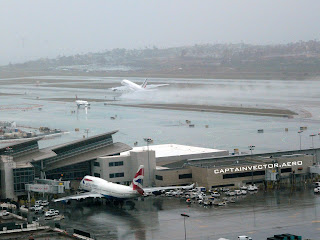 Posted by CaptainVector at 6:12 PM