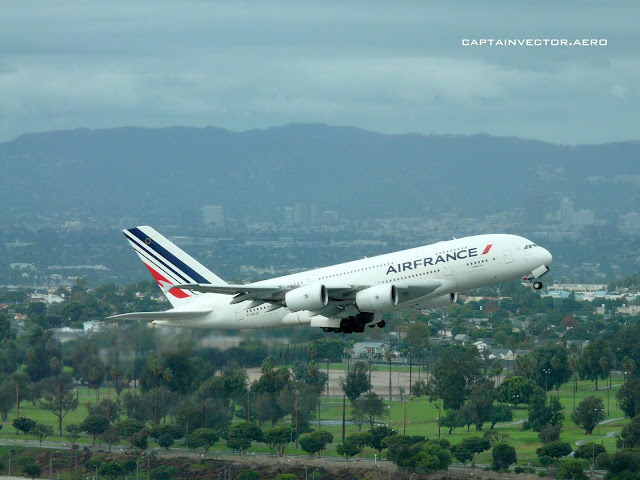 Thursday was the Thanksgiving holiday in the US, generally considered to be the busiest travel period of the year. Popularly, it is believed that the two busiest travel days of the year are the day before Thanksgiving and the Sunday after. I haven't tried to verify that, but certainly the traffic getting into LAX was horrible on Wednesday. That evening I tried to get a few shots to show the traffic backed up on the roads leading into the terminal complex: 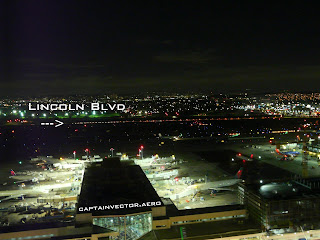 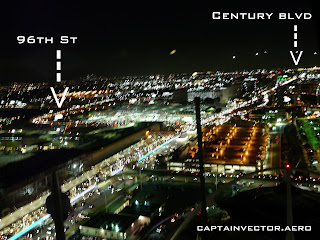 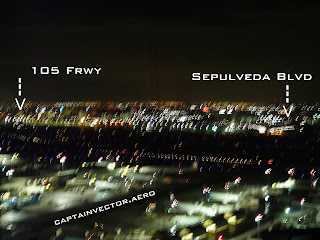 Granted, these are all poor shots, especially the last, but they hopefully give an idea of the reason that people complain about the traffic at and around LAX.  My commute to work that day brought me in via Lincoln Blvd, which runs parallel to the north complex runways. It took me a half hour to get from the right edge of the first photo to the control tower. I could have walked it in half of that.

Earlier this week it was reported that Air France has become the second airline to begin retiring its A380 fleet. Here is the Thanksgiving Day Air France A380 departure to Paris: 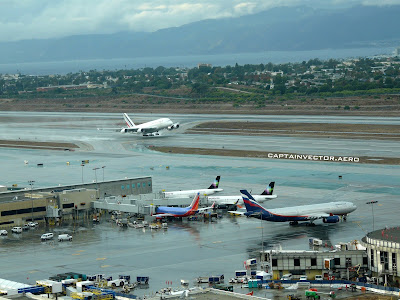 On Thanksgiving Day, we had a wind shift and rain, and so we turned the airport around and went east traffic. Air traffic was relatively light on the holiday itself, and so it was possibly the easiest turn around we've ever had. We even had a double rainbow: 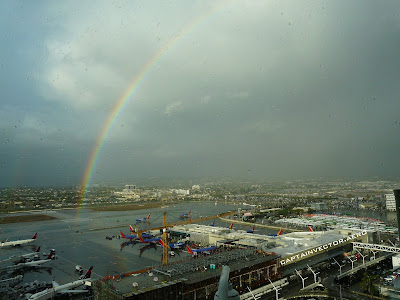 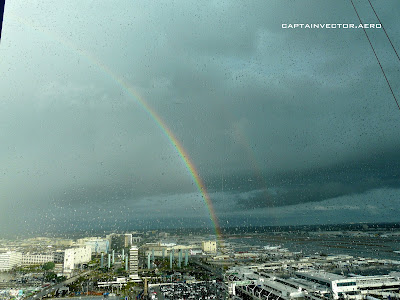 As it so happened, we had more rain the day after Thanksgiving. Thanks to CS and one of his buddies with airport ops, here's a much nicer shot of today's rainbow: 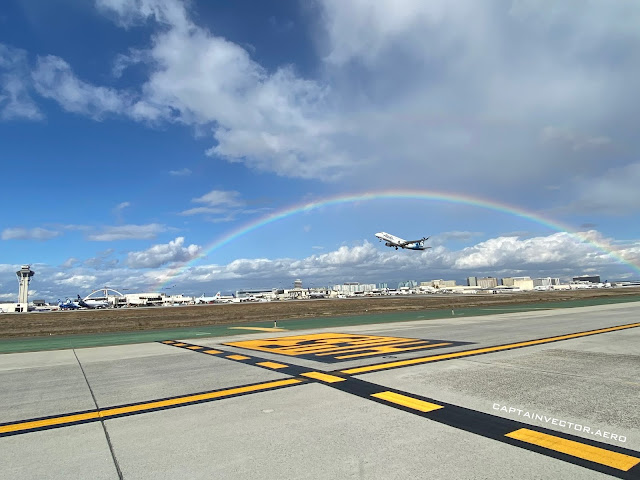 Posted by CaptainVector at 8:59 PM