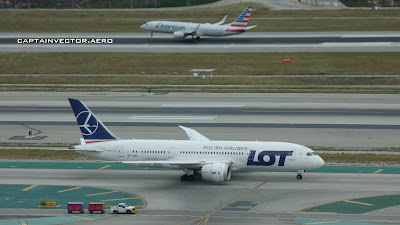 Now that we're approaching the summer travel season, a number of our seasonal carriers have returned to LAX. This post started out as just a mention of some of those, but it has morphed into a collection of Dreamliner shots. Nearly all show some variant of the B787 with some other model of aircraft for the sake of comparison. This is not a comprehensive catalog of Dreamliner operators at LAX, in part because that list gets longer all the time. I will mention that China Southern and KLM are the latest carriers to bring Dreamliners to LAX, and both of them appear directly below. Other recent converts to the B787 include Air Tahiti and El Al, also included in this post. 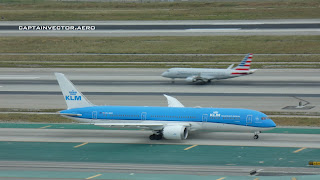 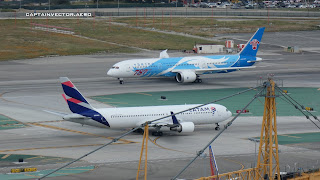 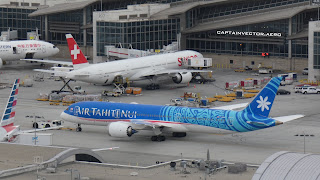 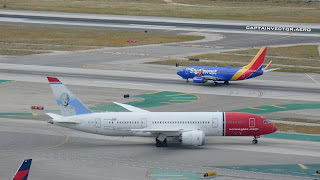 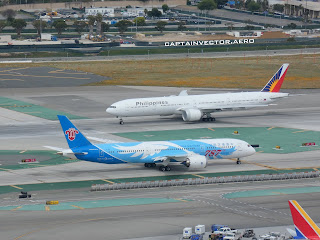 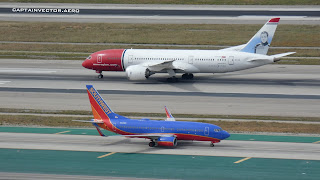 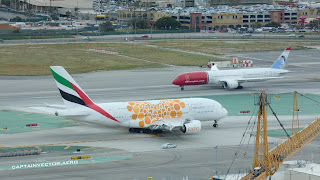 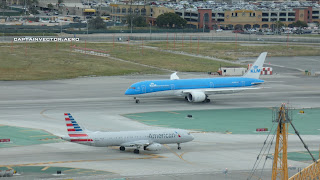 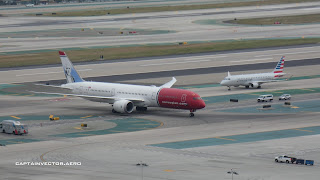 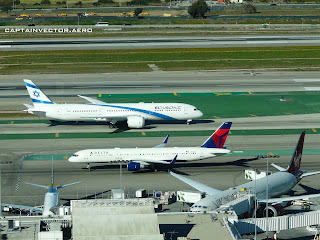 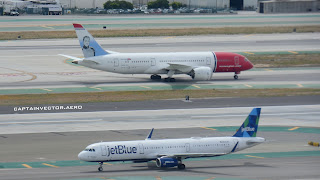 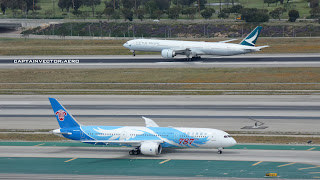 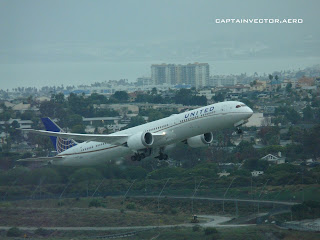 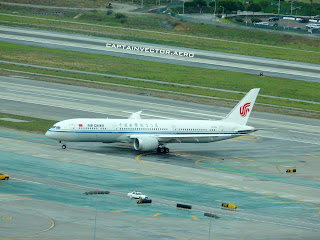 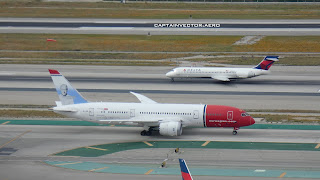 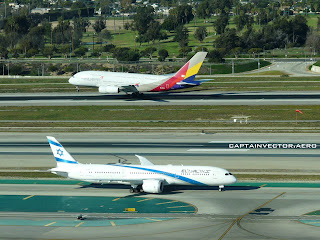 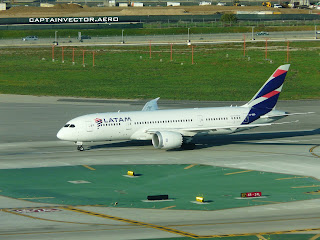 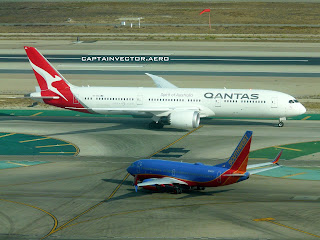 Posted by CaptainVector at 2:27 PM