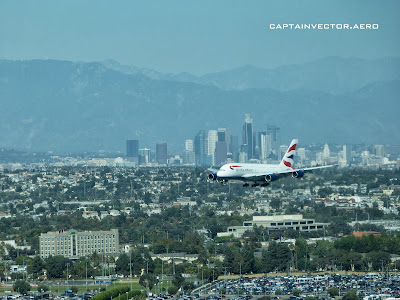 I missed the very first British Airways A380 arrival at LAX, but here's the first one I've seen during daylight hours. I think the British Airways livery looks good on the A380. So far, out of British Airways' three daily LAX flights, we're getting one A380 per day. In fact, I'm not even sure that we get one every day yet. This brings us up to seven A380s per day at LAX: Two from Qantas, and then one each from Air France, British Airways, China Southern, Korean, and Singapore. We expect our eighth A380 to arrive in early December, when Emirates (who is the largest A380 operator) brings theirs back to LAX - for real this time. 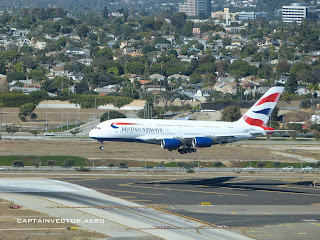 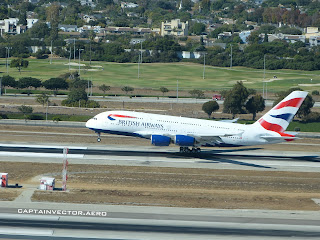 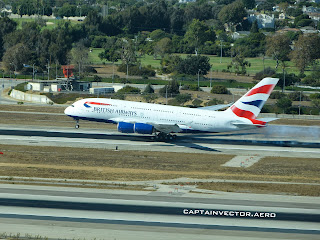 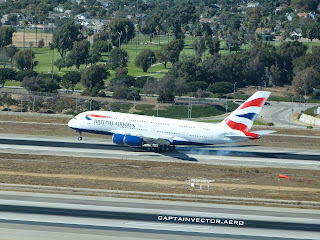 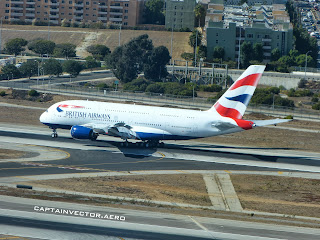 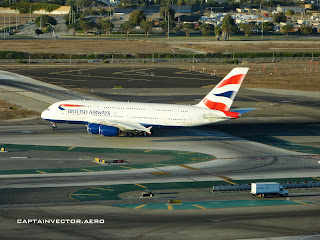 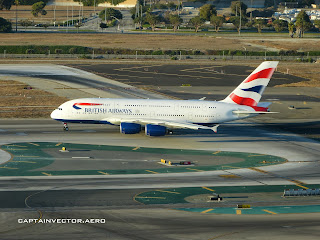 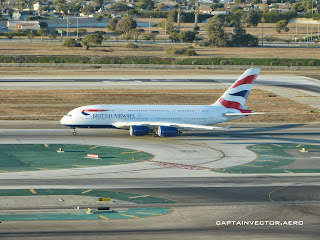 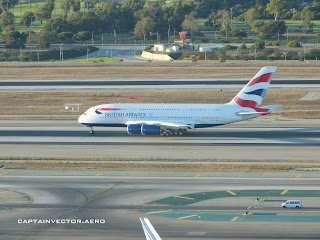 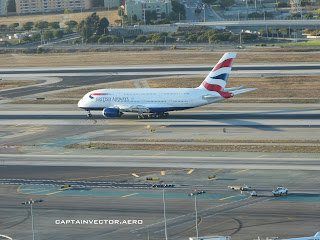 Teaser shot: Emirates really has been here before with an A380. This was the end of summer, 2008, when Emirates first announced that they were beginning service to Los Angeles. The actual revenue flights have been serviced with B777s, but with the promise that LAX would eventually get A380 service. Here's how it looked in 2008: 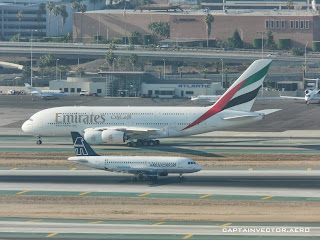 Posted by CaptainVector at 9:45 PM