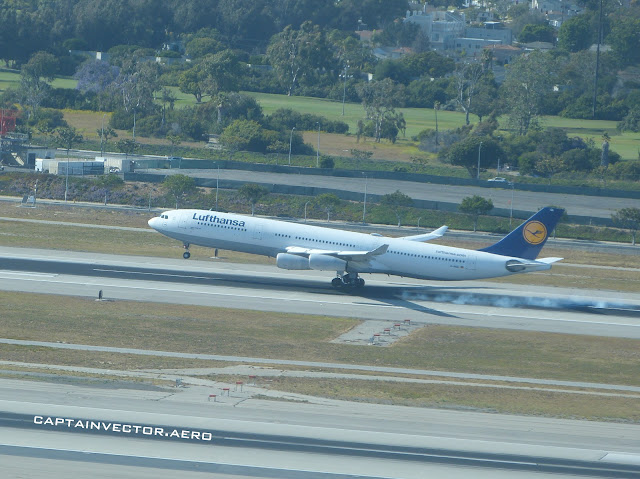 When Air Tahiti transitioned their fleet to new Dreamliners, I thought that we had seen the last of the Airbus A340-300 at LAX. When I first started at LAX, we had over a half-dozen A343 operators. Air Tahiti was the last of those to have the small four-engine Airbus at LAX. Until, that is, this spring. As much of the world reopens after Covid, airlines have been bringing airplanes out of storage. Curiously, Lufthansa has brought the A340-300 back to LAX for one flight per day. This is in addition to their daily flights in the A350-900 and the B747-8. Lufthansa has their A340-300s in a variety of seating configurations ranging from 251 to 300 passengers. I believe that Lufthansa will be replacing the -300s at LAX later this summer with larger A340-600s. With either variant, Lufthansa is the only passenger carrier bringing the Airbus A340 to LAX at the moment. 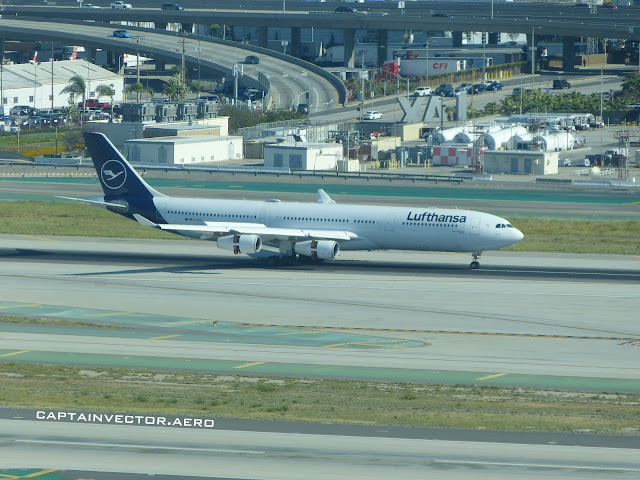 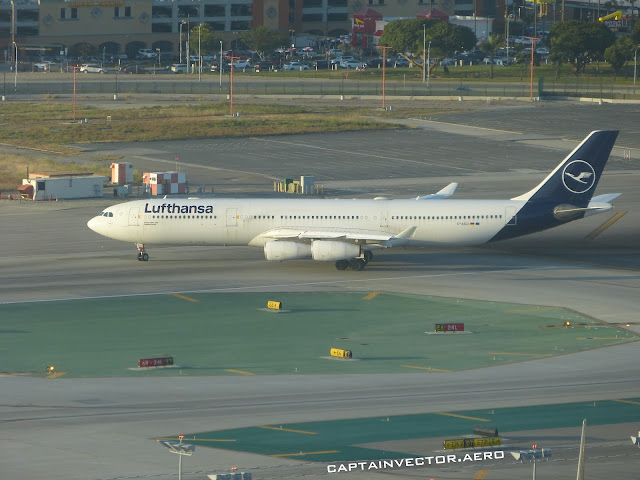 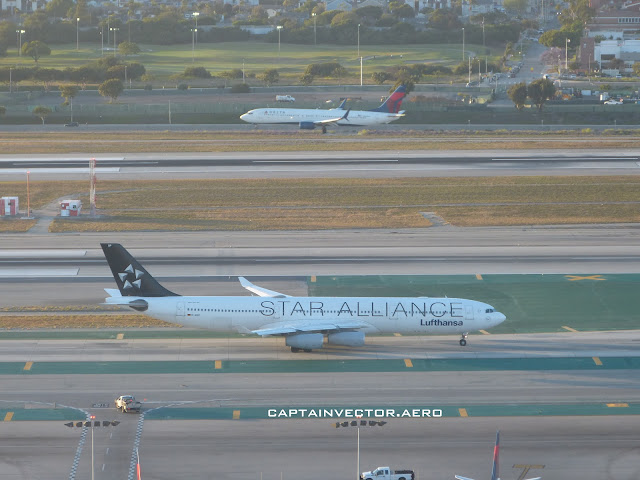 While I said that Lufthansa is the only passenger carrier currently operating Airbus A340s at LAX, there are a couple of cargo A340s that have been here recently: 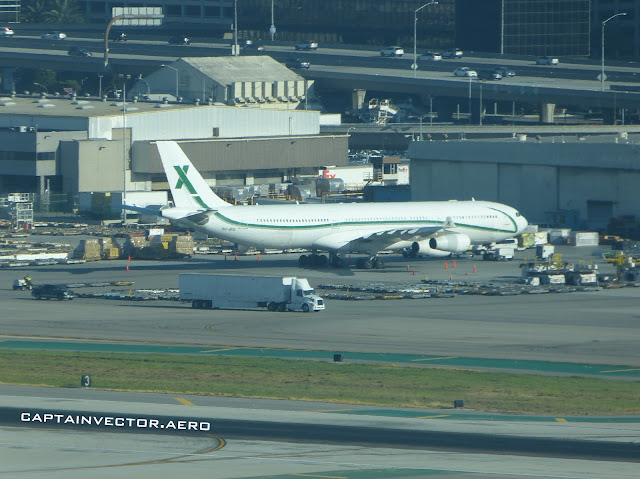 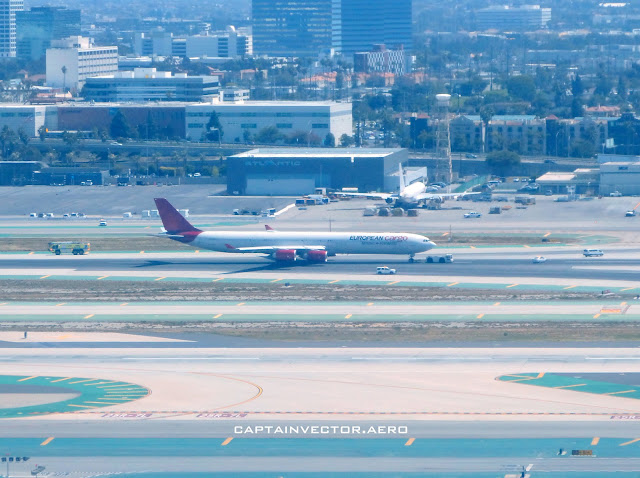 Posted by CaptainVector at 3:43 PM