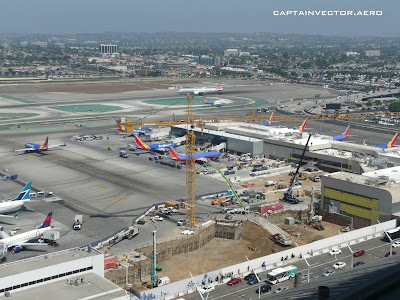 Time for another batch of construction photos. I'll start with the newest (and most obvious) change: the crane that has been erected at the bottom of the D-8 alley for the Terminal 1.5 project. When it's not in use, it is normally parked in this position. Because the construction zone has encroached so far up into the D-8 alley, aircraft that push back in that alley must pull up to the top (where the Southwest B737 is) before starting engines to reduce jet blast. 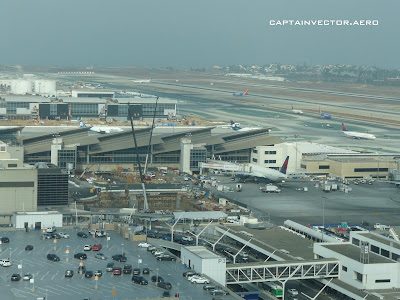 Meanwhile, looking to the west, the north end of the Midfield Satellite Concourse (MSC) is progressing, with most of the glass installed. 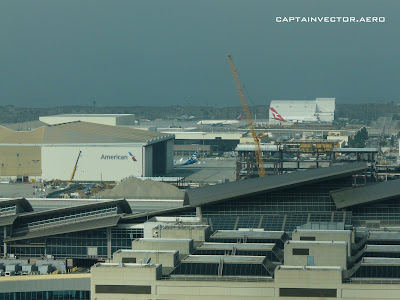 The southern end of the MSC is steadily nibbling into the American maintenance ramp and narrowing our view of Taxiway R.

I caught a few shots of the crane going up at Terminal 1.5: 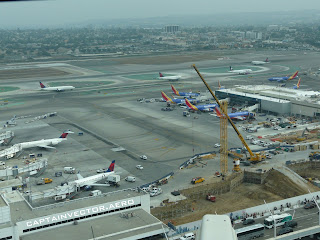 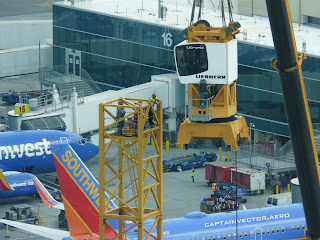 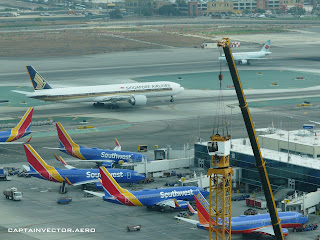 This is an airport, so here's an airplane photo: 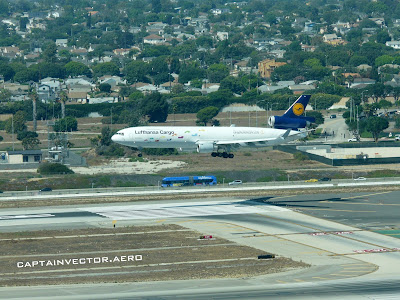 There's a bit of a story behind this shot. Lufthansa has introduced a new logo that replaces the yellow with a white logo on a blue background. So far, the only aircraft that I've seen with the new logo at LAX have been some of the Lufthansa Cargo MD11s, and I have yet to get a photo of one. These flights usually arrive and depart on the south side of the airport, and the control tower doesn't offer an ideal vantage point for shooting that side. This particular flight, however, arrived from the north and ended up on the north complex. Hoping to finally get a shot of the new logo, I had the camera out and ready. When I saw the airplane I was disappointed that it didn't have the new logo, but opted to shoot it anyway since I already had the camera out. It wasn't until later that I actually was able to take a good look at the photos and see that this plane was worth the effort.

Posted by CaptainVector at 1:28 PM