Dreamin' of a Virgin 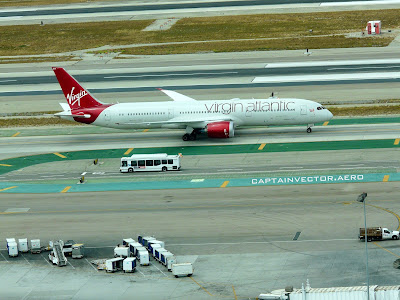 This week we added another carrier to the list of Dreamliner operators at LAX: Virgin Atlantic has begun using a B787-9 on one of their daily flights from London Heathrow. Unlike the other B787-9 users at LAX (United and LAN, so far), Virgin didn't first show up with a B787-8 before bringing the B787-9. Virgin has had B787s since last October, and was the first European operator of the B787-9. Virgin has also ordered more Dreamliners than any other European carrier so far. With the retirement of their A340-300s, whic had a seating capacity of 240, Virgins' B787-9s are the smallest aircraft in their fleet (by passenger capacity, anyway). Virgin's B787-9s are configured for 264 passengers; the next smallest, their A330-300s, are set up for 266. This appears to be a reduction in capacity at LAX, since the Dreamliner has replaced either an A340-600, which seats 308, or a B747-400, which seats at least 367. 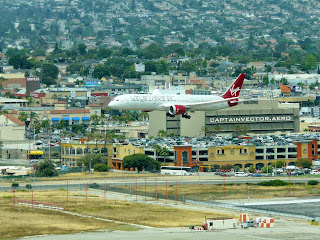 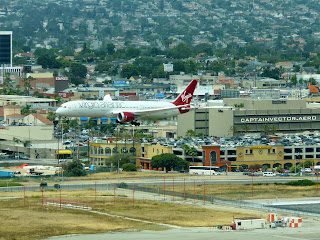 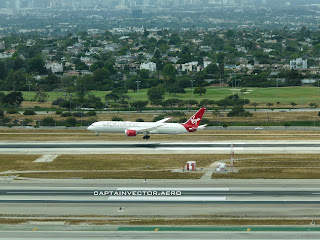 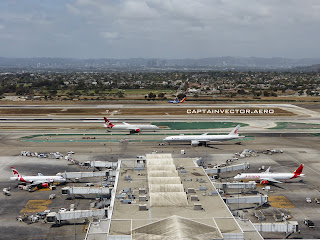 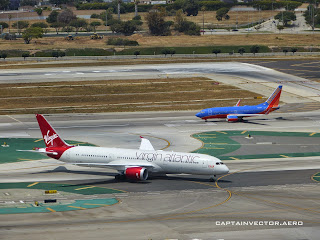 Posted by CaptainVector at 10:33 PM

Email ThisBlogThis!Share to TwitterShare to FacebookShare to Pinterest
Labels: B787, B787-9, B789, VIR, Virgin, Virgin Atlantic