Our latest arrival: Lufthansa's B747-8 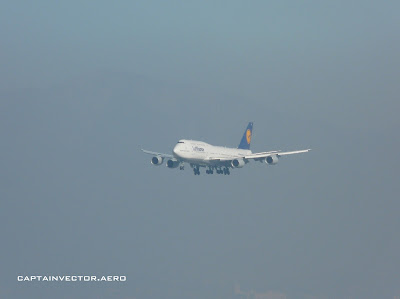 We've had B747-8s at LAX for a year now it seems; Cargolux, Cathay Pacific, Korean, and Nippon Cargo all have been parking them on the freight ramps. But today LAX received its first passenger B747-8, in Lufthansa colors. 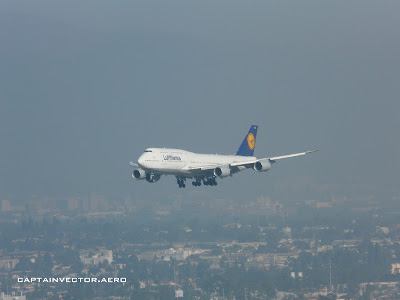 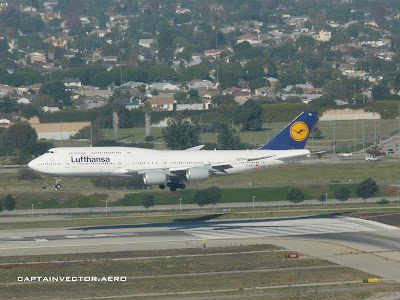 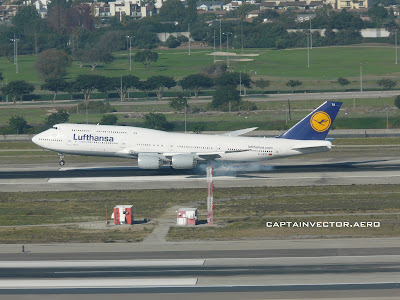 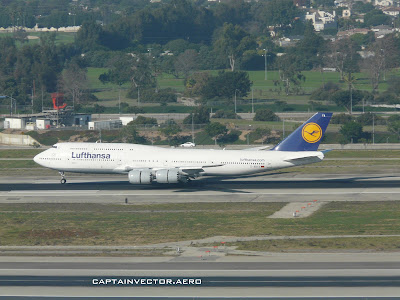 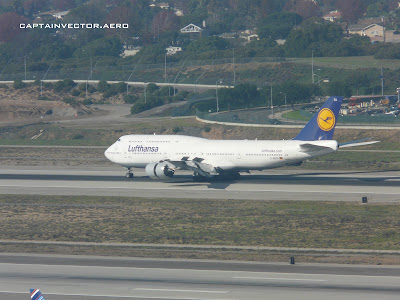 The new B748s are longer and have a greater wingspan than their B744 predecessors, and not surprisingly, also have a greater takeoff weight. While the old and new aircraft have similar speeds and fuel capacities, the new model has a 300-mile greater range. 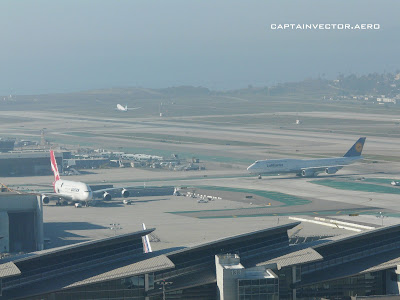 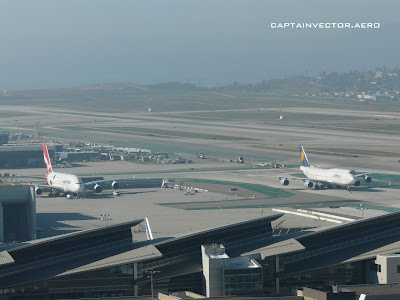 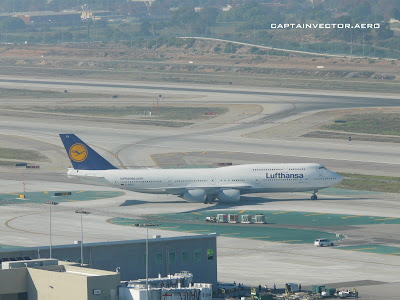 Having ordered twenty, Lufthansa is currently the biggest customer for the B747-8I; the next largest order is from Cargolux, who has ordered thirteen of the B747-8F freighter model. 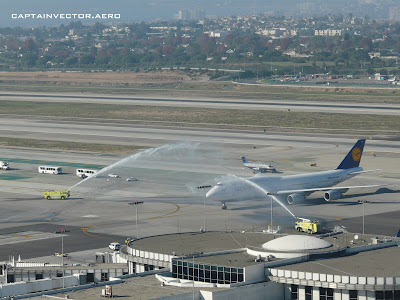 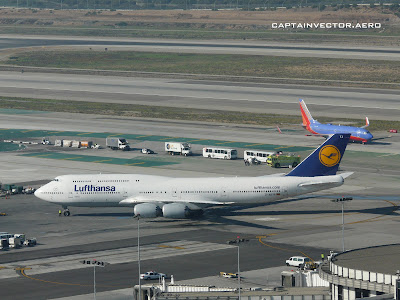 Besides LAX, Lufthansa plans to operate the B747-8I from Frankfurt to Washington Dulles and Chicago O'Hare -- thus making LAX the only place on the west coast to see the B747-8I. Besides the factory, that is! 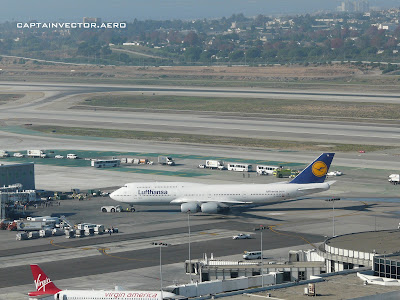